Dar rules out default on debt 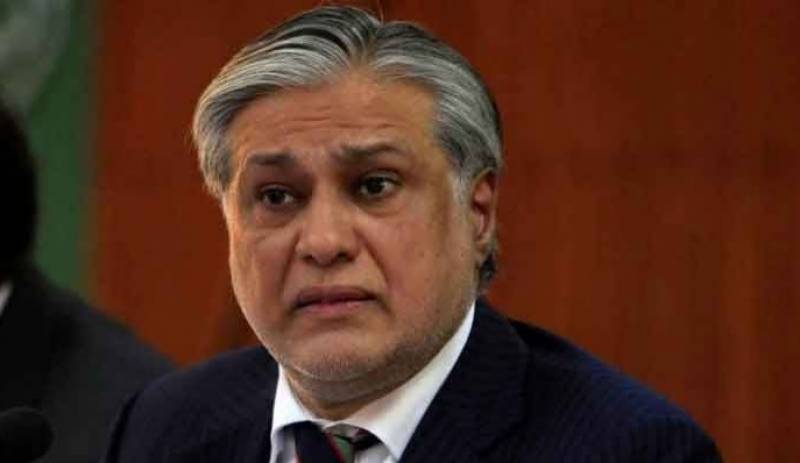 Finance Minister Ishaq Dar has said that he will seek rescheduling of some $27 billion worth of non-Paris Club debt, but will not pursue haircuts as part of any restructuring.

In an interview with Reuters, Dar ruled out the possibility of a default on the country’s debt, an extension of the maturity date on bonds due in December or a renegotiation of the current International Monetary Fund programme.

The minister said multilateral development banks and international donors have been “quite flexible” with ways to meet the country’s external financing needs estimated at about $32 billion after devastating floods.

Some of this may come from reallocating funds from previously approved, slower-disbursing development loans, he added.

Dar, who is participating in the IMF and World Bank annual meetings just over two weeks after taking office, said that Pakistan will seek restructuring on equal terms for all bilateral creditors.

He declined to comment when asked whether he thought it would be difficult to persuade China, creditor for about $23 billion of the debt, to participate.

But asked whether Pakistan would seek to reduce debt principal, he said “rescheduling is fine, but we are not seeking a haircut. That’s not fair”.

Asked whether he discussed with IMF officials the possibility of borrowing from the Fund’s new Resilience and Sustainability Trust for middle-income countries, Dar said “We have discussed all options.”

The minister added that the IMF’s new emergency “food shock” borrowing window may also be a good fit for the country, which has lost crops due to devastating floods and may need to import up to half million of tons of wheat in the next year. “In this scenario, we have the possibility to approaching and accessing this facility,” he said.

Dar vows IMF reforms as flood damage estimated at over $16b

The finance minister promised international lenders to stay true to economic reforms and added that a flood donors’ conference promised by French President Emmanuel Macron would take place next month which he hoped would help Pakistan both with immediate and longer-term needs.

The International Monetary Fund in late August released $1.1 billion to Pakistan as part of a $6 billion package sealed in 2019 as the new government of Prime Minister Shehbaz Sharif moved forward on reforms.

“It will be our endeavour, even at the cost of extra effort, that we should complete the programme successfully,” Dar told AFP in an interview Friday evening in Washington.

Doing so “sends a positive signal to the international community and the markets,” he said, voicing appreciation to the “very responsive” promises of other nations for Pakistan.

Dar acknowledged political risks, saying that some of his political allies had advocated letting Imran Khan stay on longer to face the consequences of the economic crisis. “It would have been selfish to have a political approach.”

Dar said that a new study commissioned in part by the World Bank and the Asian Development Bank found that Pakistan sustained $32.4 billion in flood losses and would require $16.2 billion for reconstruction and rehabilitation.

“With that challenge, obviously, we have to go to the drawing board” to allocate funding, he said.

He said that minor adjustments may be needed but “everything is in order” for the next review of the IMF which could release further funding.

Dar said he expected Macron’s donor conference sometime in November and that he hoped it would address needs beyond the three to four years typically eyed for immediate disaster recovery.

The World Bank earlier this month once again downgraded the growth forecast for Pakistan, expecting its economy to expand by only two per cent in the year through June due to the floods as well as inflation and troubled finances.

Dar, while not criticizing the World Bank’s methodology, said he was a “little more optimistic” and envisioned growth of three per cent.

“I think things are settling down already,” he said, while not ruling out impacts from global troubles.