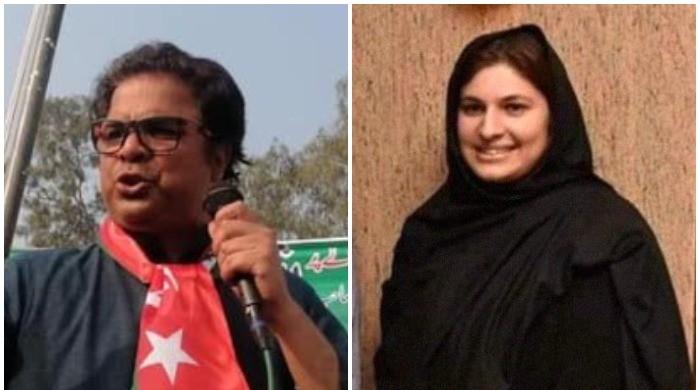 SIALKOT: The polling for the much-awaited by-elections has finally concluded at the National Assembly constituency NA-75 Sialkot-IV, Daska on Saturday, April 10 and votes from allÂ  360 constituencies have been counted.Â

According to unofficial, preliminary results from all 360 polling stations of the NA-75 Sialkot-IV constituency, Nosheen Iftikhar has won the race with 110,075 votes. On the other hand,Â  PTI’s Ali Asjad Malhi received 93,433 votes.

This means the PML-N, according to the unofficial results, was able to obtain an edge of 16,642 over PTI.

As against the two major parties,Â  the Tehreek-e-Labbaik Pakistan (TLP) received a total of 8,268.

The Election Commission of Pakistan (ECP) made all necessary administrative and electoral preparations for holding peaceful, free, and transparent elections.

According to Geo.tv, aside from a few accusations of ‘bogus voting’ and reservations against some presiding officers raised by Nosheen Iftikhar, the polling process had remained mostly uneventful earlier in the day.Â

The ECP had set up 360 polling stations in the constituency of which 47 had been declared highly sensitive. More than 4,000 police personnel and officers had been deployed at the polling stations, while Rangers were on standby to deal with any untoward incidents.

Ten teams of the Pakistan Army were also present at the constituency to assist the administration.

The polling started at 8:00am and continued without any interruption till 5:00pm.

According to media reports, as soon as the polling time ended, voters who were inside the polling stations were allowed to cast their votes, whereas those who arrived after the closing time (5pm) were turned away.

As per Geo News, Asjad Malhi could not cast his vote either. It was also reported that the overall voter turnout in rural areas was low, which was expected to play in favour of the PML-N candidate.

The district monitoring officer had also told the district police officer to prevent any MNAs and MPAs from entering the area, citing the election code of conduct.Â

Why were reelections held?

It should be recalled that the ECP had earlier declared the by-election of NA-75 Daska null and void.

After a full-fledged election campaign between the PML-N and the PTI in NA-75, the by-polls were initially held on February 19, 2021.

Supporters of both parties showed a lot of enthusiasm, so much so that it turned into chaos.

In addition to the chaotic situation outside of the polling booths, other controversies also surfaced. On the election night, 20 presiding officers failed to reach the office of the presiding officer and could not be contacted for the rest of the night.Â

On the other hand, both PTI and PML-N candidates contesting the by-polls from the constituency claimed to be victorious even before the official results were announced.

Later on, the ECP announced re-election to be held in the NA-75 constituency on March 18 but the Punjab government sought time to fill the vacant positions of administrative officers in the region.

Thereafter, the commission announced that polling in NA-75 would be held on Saturday, April 10, 2021.