Davis Cup: Croatia to face Australia in semi-finals after knocking out Spain 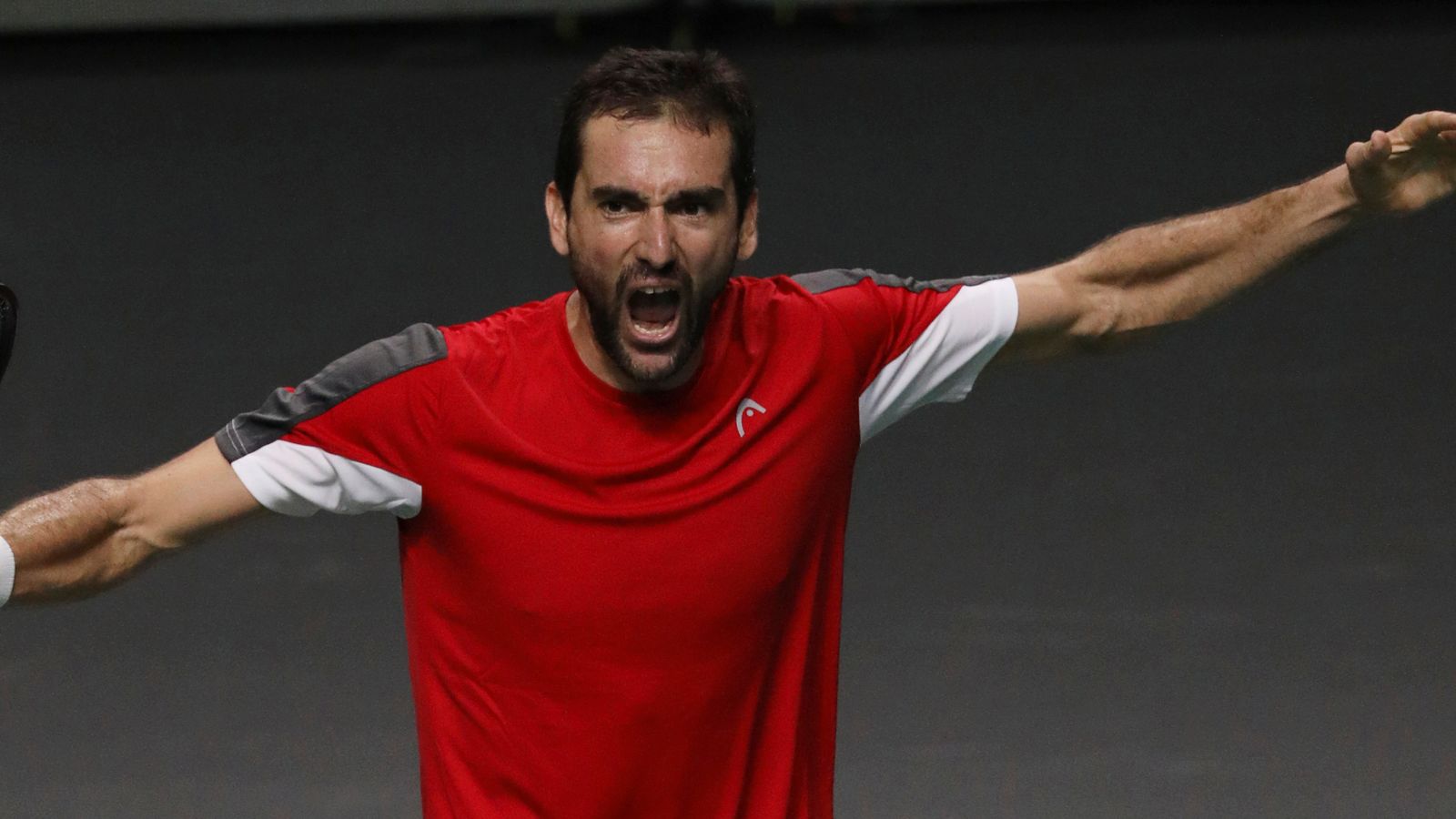 Cilic rebounded from losing the opening set 7-5 to win the second 6-3 and then recovered from 4-1 down in the deciding-set tiebreak to close it out 7-5, complete victory in three hours and 13 minutes and silence the partisan home crowd.

The 34-year-old’s triumph gave Croatia – runners-up to Russia in the 2021 Davis Cup – an unassailable 2-0 lead and set up a meeting with Australia on Friday.

“It’s an incredible effort by the team,” said Cilic, who mixed 20 aces with 15 double faults during his win over Carreno Busta.

Borna Coric had earlier sent down 12 aces and staved off the only break point he encountered as he beat Roberto Bautista Agut 6-4 7-6 (7-4) in a little under two hours in Wednesday’s opening rubber.

Coric said: “I like the big stage, I like the big crowd. It gives me an extra motivation. I felt very, very well on the serve and I think in the end that’s what made the difference.”

Australia – 28-time champions in the Davis Cup – had progressed into the semi-finals with a 2-0 victory over Netherlands on Tuesday as both Jordan Thompson and Alex de Minaur recovered from a set down to win their singles matches in three.

The final two quarter-finals take place on Thursday with Germany up against Canada and Italy taking on 32-time champions USA, with the winners to contest the second semi-final on Saturday.

The final will then be held on Sunday.