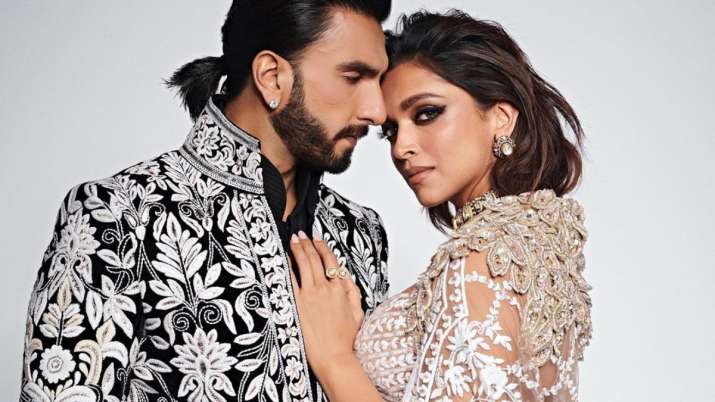 Deepika Padukone and Ranveer Singh, know as power couple of Bollywood, seem to have put the separation rumours to an end with their recent Instagram interaction. For the unversed, there was a buzz that Deepika Padukone and Ranveer Singh have reached a rough patch in their relationship. It all began with a viral tweet that claimed that all in not well between the two. Well, adding a full stop to the rumour, the couple recently engaged in some social media banter.

On Friday evening, Ranveer took to social media and shared pictures of his hot pink look avatar. In the images, the actor is seen sporting an all-pink look. From pants to shirt, shoes and shades, Ranveer was dressed in pink from head to toe. His photos have garnered several reactions and one such cute reaction arrived from his wife-actress Deepika, who wrote “Edible.”

Responding to which, Ranveer replied with a kiss emoji. Take a look

Ranveer and Deepika tied the knot on November 14, 2018 after dating for six years. They fell in love during the making of their first film, Sanjay Leela Bhansali’s Goliyon Ki Raasleela Ram-Leela, which released in 2013. Unfortunately, several reports went viral recently, claiming that the two have reached a rough patch in their relationship. With their Instagram chat, it’s safe to say that those reports are just rumours. ALSO READ: Ranveer Singh reacts to being called ‘Power Couple’ with Deepika Padukone, says ‘its ten years of us’ | WATCH

On the professional front, Ranveer is now waiting for the release of Rohit Shetty‘s Cirkus with Jacqueline Fernandes and Pooja Hegde. The film is slated to release on the occasion of Christmas 2022. He will also be seen sharing screen space with Alia Bhatt in Rocky Aur Rani Ki Prem Kahani. The film also stars Dharmendra, Jaya Bachchan, and Shabana Azmi. The film is all set to hit the theatres on February 11, 2023. Speaking of Deepika’s work projects, she has ‘Pathaan’ in her kitty. Pathaan marks the return of Shah Rukh Khan after 4 years. Deepika will also be seen in ‘The Intern’ remake and ‘Project k’ with Amitabh Bachchan. She is also a part of ‘Fighter’, co-starring Hrithik Roshan and Anil Kapoor.