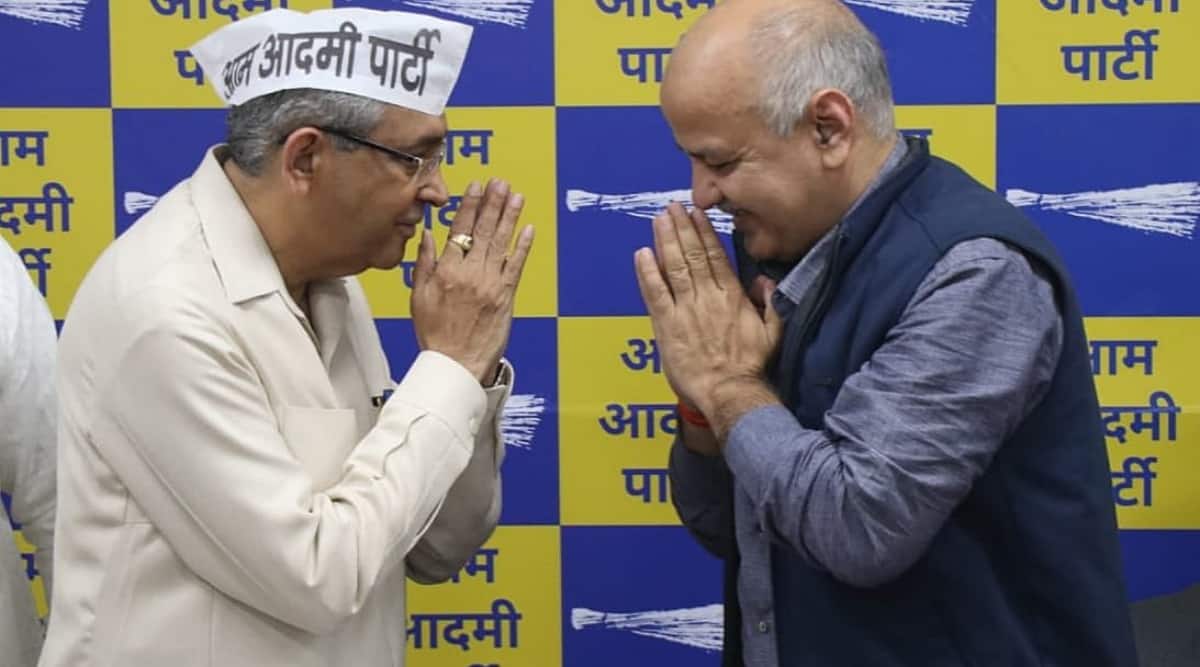 Congress leader and five-time councillor Mukesh Goel joined the AAP on Saturday. Deputy Chief Minister Manish Sisodia announced his entry into the party in a press conference. The move comes ahead of the MCD elections set to take place next year.

Goel has been a councillor in the North MCD for five consecutive terms, and currently represents ward 16. He also contested the Legislative Assembly elections twice, in 2015 and 2020, from North Delhiâ€™s Adarsh Nagar. He was also the Delhi Pradesh Congress Committeeâ€™s senior spokesperson and was a member of the All India Congress Committee.

â€œThe reason we decided to join AAP isâ€¦ the way AAP is working in Delhi on education, hospitals, electricity and water, help for labourers, it is doing good work. When I was part of the Congress, I have raised my voice against the government. But I have seen that we were raising the wrong voice then, since the party is doing good work. Considering this, I decided to join the party,â€ Goel said.

Sisodia said, â€œMotivated by the work that AAP has done over the past few years, Mukesh Goel has joined the party along with other office bearers of the Congress. He has been a councillor for five terms and a standing committee chairperson thrice. Members of the Congress who want to do something for the people are now joining the AAP.â€

On the upcoming MCD polls, he added, â€œPeople are not just disappointed with the BJP, they are angry. Misgovernance, garbageâ€¦ there are several problems with the MCDs.â€