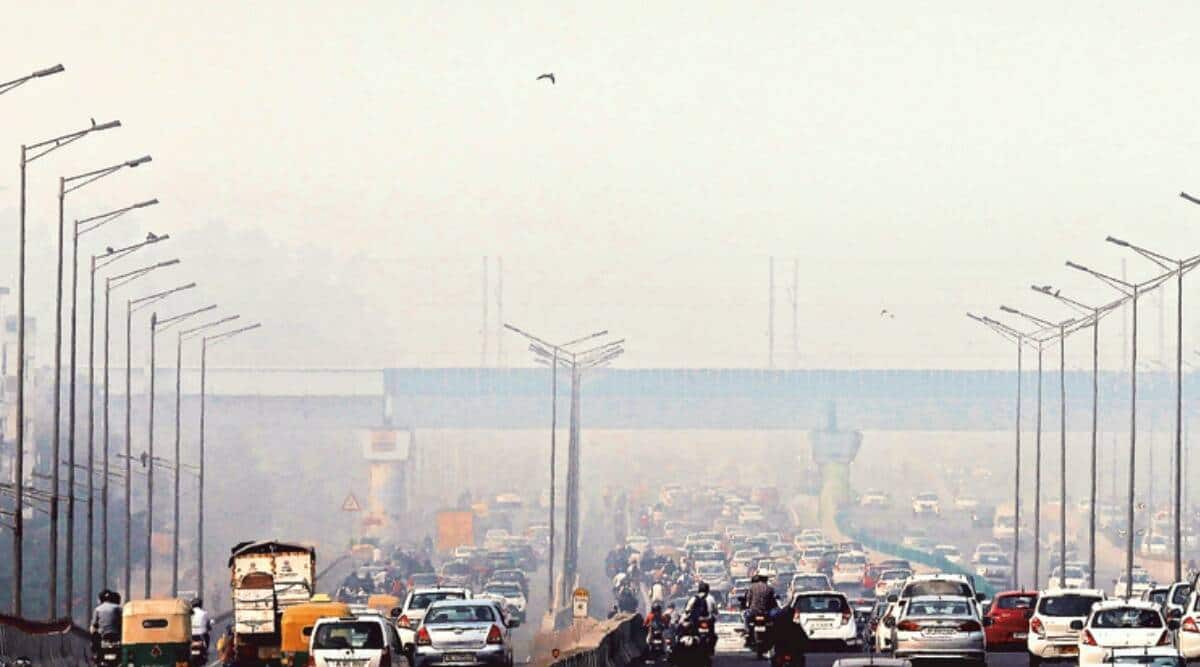 The Delhi Transport Department on Monday banned BS III petrol and BS IV diesel vehicles from city roads till December 9 or till air quality improves. “As per directions provided under Stage-III of the GRAP and under section 115 of the Motor Vehicle Act, 1988, it is hereby ordered that there shall be restrictions to ply BS III Petrol and BS IV diesel light motor vehicles (four-wheelers) with immediate effect, till December 9, 2022, or till downward revision in GRAP stage, whichever is earlier,” the order stated. The commission for air quality management (CAQM) had invoked GRAP measures under Stage III on Sunday. This included a ban on construction and demolition activities.

The air quality in Delhi, which had plummeted to the ‘severe’ category on Sunday, improved marginally but remained ‘very poor’ Monday.

According to the Central Pollution Control Board 4 pm bulletin, Delhi’s AQI on Monday was 347, better than the 407 recorded on Sunday. Among places in the NCR, Gurgaon, Faridabad and Ghaziabad recorded AQI in ‘poor’ category, while Noida and Greater Noida recorded air quality in ‘very poor’ category Monday.

The deterioration in air quality on Sunday was attributed to slow winds and stable atmospheric conditions. Local surface winds of around 8 to 16 kmph on Monday contributed to moderate dispersion of pollutants, according to an update from SAFAR forecasting system. A forecast issued by the Air Quality Early Warning System on Monday said that the AQI is likely to improve, but will remain in the ‘very poor’ category on Tuesday and Wednesday. With wind speeds picking up, it is likely to improve further to be in the upper end of the ‘poor’ category on Thursday.