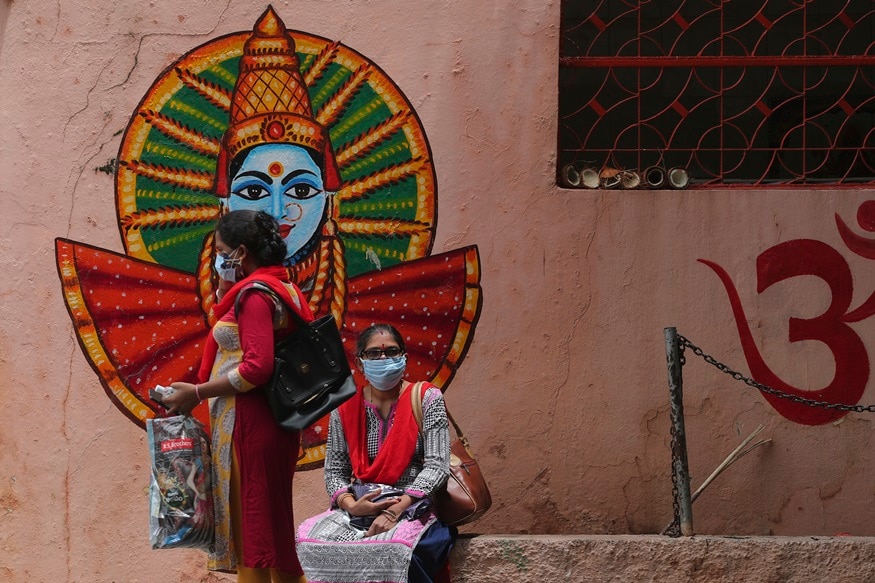 With its infection tally crossing the 1,00,000-mark on Monday, Delhi became the first city in the country to surpass the grim milestone, even as Chief Minister Arvind Kejriwal said a drop in the number of daily cases and declining positivity rate indicated an improvement in the situation.

According to a bulletin issued by the Health Department, 1,359 fresh cases were reported on Monday, in a record drop after 19 days.

On June 16, Delhi recorded 1,859 coronavirus cases. However, since then it saw a sharp rise in the number of cases with the daily figures oscillating in the range of 2,000-3,000. On June 23, the national capital had reported its highest single-day spike of 3,947 cases.

Addressing an online briefing earlier in the day, Chief Minister Arvind Kejriwal said the coronavirus recovery rate in Delhi has gone up to 72 per cent, and more and more people are recovering from COVID-19 on a daily basis.

There has been a considerable dip in the positivity ratio and the death rate in Delhi, he said.

“In the last three months, the total number of corona patients in Delhi has reached approximately 1 lakh. But there is no need to worry or panic because out of these one lakh people, 72,000 cases have recovered. The recovery rate in Delhi has gone up to 72 per cent, which is a huge figure,” Kejriwal said.

He added that there has been a considerable improvement in the coronavirus situation in Delhi. “In the month of June, around 35 out of 100 people were found to be positive when tests were conducted. Now, only 11 out of 100 people are found to be positive. There has been an improvement in the positivity ratio in Delhi,” he added.

There are a total of 15,000 beds for coronavirus patients, out of which only 5,100 beds are occupied, which means that there are only 5,100 patients in all the hospitals in Delhi, he pointed out.

The Union Health Ministry said the average number of samples being tested per day for COVID-19 has gone up in Delhi from 5,481 to 18,766 in about a month and in spite of increased testing, the positivity rate has declined from around 30 per cent to 10 per cent in the last three weeks.

The government also said that the national positivity rate, percentage of samples testing coronavirus positive from the total number of samples, has also reduced and now stands at 6.73 per cent.

In Delhi, efforts being made by the Union Territory were significantly bolstered by the central government to ensure an increase in testing, the ministry said.

Tests were ramped up through increased RT-PCR testing along with the new Rapid Antigen Point-of-Care (POC) tests which gives results in only about 30 minutes, the Centre said.

“As a result of concerted and focused efforts by the government of India to augment efforts, the average number of samples being tested per day which was only 5,481 (June 1-5) has witnessed a huge increase to reach an average of 18,766 samples per day between July 1 to 5,” it said.

Meanwhile, Kejriwal appealed to hospitals to counsel their COVID-19 patients to donate plasma after 14 days of recovery from the disease, noting that the number of donors is yet to pick pace.

Kejriwal said that there has been a major spike in demand for plasma over the past 4-5 days, after the opening of the country’s first plasma bank in Delhi.

“The number of plasma donors is less, while the number of people demanding plasma is huge. If it continues, the stock of plasma at the plasma bank will finish soon… I request recovered coronavirus patients to come forward and donate their plasma in large numbers,” he said.

Last week, the government had set up the plasma bank at the Institute of Liver and Biliary Sciences (ILBS).

Kejriwal said authorised helpline numbers of all COVID hospitals in the city are being reflected in the ‘Delhi Corona’ mobile application after the city government received many complaints from citizens that the helpline numbers of these medical facilities remained unreachable most of the time.

“All these hospitals have come out with 24X7 available authorised helpline numbers and the numbers are available in the Delhi Corona app which was developed and launched by the Delhi government to provide COVID-19 pandemic related information,” the statement said.