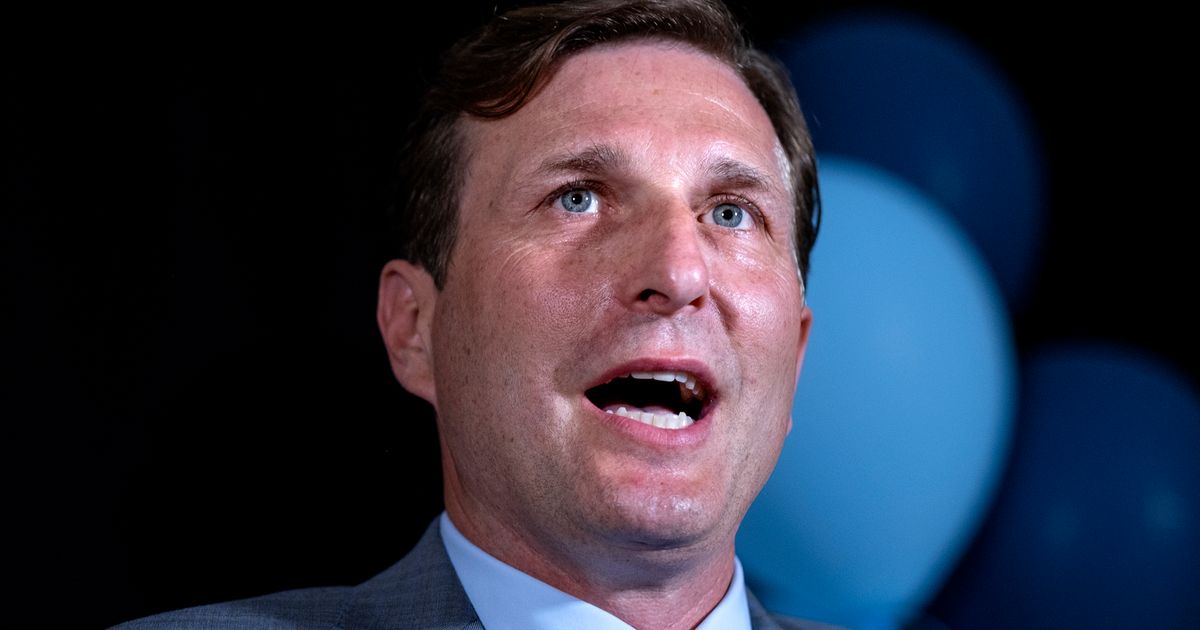 NEW YORK ― Democratic congressional nominee Dan Goldman called the findings of a New York Times report on the dearth of secular education in Hasidic Jewish schools “very concerning” and “troubling” but criticized some of the report’s characterizations of those schools.

The Times’ report, which came out Sunday and was the result of a yearlong investigation, reported, among other things, that 99% of Hasidic boys in schools that took New York’s standardized tests received failing grades in 2019 and that many young men graduate without proficiency in English.

“The allegations are very concerning,” Goldman told HuffPost in a Monday interview.

“For all of us who respect diversity of religion, we need to recognize that [Hasidic Jews] may view their educational prerogatives to be different than the average secular person,” added Goldman, a former federal prosecutor who led House Democrats’ impeachment of then-President Donald Trump in 2019. “But that being said, they need to make sure that they’re providing the basic secular education in addition to their religious education, even if they are going to focus more on the religious education.”

Goldman’s remarks were notable because he narrowly won the Democratic primary in New York’s new 10th Congressional District on Aug. 23 thanks in significant part to the support of the Hasidic Jewish community in the Brooklyn neighborhood of Borough Park. New York state Assembly member Simcha Eichenstein (D), a key Goldman backer and the state’s only Hasidic lawmaker, blasted the Times report as a “pitiful rehash of cherry-picked data and inaccuracies.”

Goldman, who is all but assured a general election win in the heavily Democratic district, also spoke of what he sees as flaws in the Times story.

“But … I also think that the story did not put in context the centrality of yeshiva education to the culture, community, rituals, traditions and religion of this community,” he continued, using the Hebrew term for Orthodox Jewish schools. “And I know because of my own wife’s experience in yeshiva education that there is a lot more to religious education than scripture. It significantly increases logical and analytical thinking and that there’s a lot of value in terms of more traditional notions of learning.”

Goldman noted that the New York State Education Department is in the process of developing new rules designed to ensure that Hasidic institutions comply with a state law requiring private schools to provide a secular education that is “at least substantially equivalent” to that offered in public schools. The Board of Regents, which runs the state agency, is set to announce the rules Tuesday.

“These yeshivas are going to have to either pass the regents’ exams or pass assessments that show that they’re providing [a secular education], and so, in many ways, the [state education department’s] regulations will address this issue,” he said.

“The story did not put in context the centrality of yeshiva education to the culture, community, rituals, traditions and religion of this community.”

Goldman also said he awaits the conclusion of an investigation of Hasidic schools that the New York City Department of Education began in 2015 and paused during the COVID-19 pandemic. New York Mayor Eric Adams’ office told the Times that the city has resumed its investigation. The city’s interim report on the schools in 2019 found that just two out of the 28 schools it examined provided an adequate secular education.

“One of the things that wasn’t clear to me from this article was to what degree did the Times get access to the schools, currently?” Goldman said. “But I do think that the city’s investigation has gotten that access. So that will give us even more information.”

HuffPost also asked Goldman for his reaction to the Times’ finding that corporal punishment is common in Hasidic schools.

“Corporal punishment has no place in any educational institution in this country,” he said.

The most committed proponents of reform in Hasidic schools go considerably further than Goldman. Whereas Goldman trusts state and city agencies to rectify the problem, these hardcore reformers, most of them people who have left the Hasidic Jewish community, doubt the government’s sincerity, faulting the city and the state for repeatedly narrowing the scope of their investigations into Hasidic schools and delaying the rollout of regulations.

With his comments, Goldman has nonetheless gone further than many other prominent Democrats with large Hasidic Jewish constituencies. Neither Adams nor New York Gov. Kathy Hochul expressed concern about the Times findings when asked about it by reporters on Monday.

Historically, elected officials in New York state have been wary of crossing Hasidic community leaders, who exercise political influence by marshaling community members to vote as a bloc, and place a high premium on sheltering schools from stricter government oversight.

Unlike members of liberal Jewish denominations and modern Orthodox Jews, who seek to integrate their strict religious practices into contemporary life, Hasidic Jews strive to insulate themselves from secular influences as much as possible. The Hasidic Jewish community’s investment in gender-separate schools that instill deep religious knowledge and piety, while keeping out much of the outside world, are a source of pride for the community.

“The true viewpoint of the tens of thousands of parents who send their children to Hasidic schools is represented, in part, by the recent historic 350,000 letters during the state’s public comment period, the vast majority … pleading for no interference with the yeshiva educational system for which they pay and value,” Agudath Israel of America, an Orthodox Jewish umbrella group, said in a statement reacting to what it called the Times’ “attack” on the Hasidic community. “Could the New York Times not speak to one of those parents?”

The organization also noted the low rates of crime, drug abuse and suicide in the Hasidic Jewish community, and contended that the Times exaggerated the extent of poverty in the community.

“Our communities are focused on pursuits of knowledge, family values, kindness, and service to G-d and to others,” Agudath Israel of America said in its statement. “We await, in vain, for a New York Times article on that.”