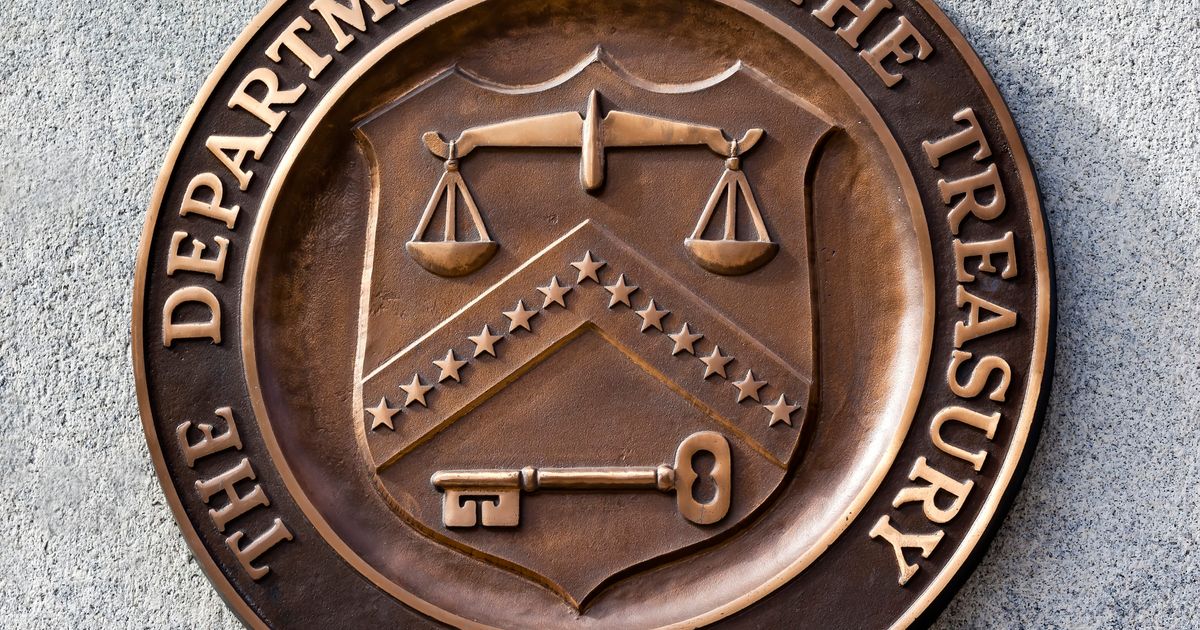 Democrats and Republicans agree on one thing: minting a trillion-dollar platinum coin to stave off a calamitous debt default is not an idea that should be taken seriously.

Instead, lawmakers say the federal borrowing limit should be raised the way it was been for decades: with Congress passing legislation and the president signing it into law.

“I haven’t heard any plausible case for that,” Sen. Elizabeth Warren (D-Mass.) told HuffPost when asked about the concept. “The debt ceiling crisis is manufactured by the Republicans. They aren’t serious about the national debt. If they were, they wouldn’t have voted to increase it three times when Donald Trump was president.”

The idea, which has been around during the last decade of GOP brinksmanship over the debt limit, entails having the Treasury hand the Federal Reserve a single $1 trillion platinum coin. The Fed would then credit the Treasury with $1 trillion, allowing it to pay off debts and stave off an unprecedented default that experts say would rattle financial markets and harm the economy.

“I don’t think there’s a flip of a coin to solve a problem of significance like this. This is our country we’re talking about,” Sen. Mitt Romney (R-Utah) told HuffPost of the mint-the-coin idea, adding that President Joe Biden and House Republicans should sit down and work out a deal to raise the debt limit that included cuts to discretionary spending.

Sen. Thom Tillis (R-N.C.) said such a scheme would have “implications” and similarly urged the White House to negotiate on spending cuts instead.

“It’s not a magic wand. If we do it, we’re probably going to regret it,” he added.

Lawmakers aren’t the only ones who are dismissing the mint-the-coin talk. Treasury Secretary Janet Yellen told The Wall Street Journal over the weekend that the Federal Reserve likely wouldn’t accept a $1 trillion platinum coin if the Biden administration even tried to mint one.

The Treasury Department last week started taking so-called “extraordinary measures” ― which are becoming less and less extraordinary ― to keep paying the federal government’s bills after the U.S. hit its $31.4 trillion debt limit. Yellen said that the U.S. can keep paying its bills at least until June, giving Congress about five months to increase the limit.

Republicans are demanding sharp across-the-board spending cuts and major changes to trust fund programs like Social Security and Medicare in exchange for raising the debt limit. It’s a tactic they used several times in recent history, albeit only under a Democratic president. When they controlled the presidency and both chambers of Congress in 2017, Republicans racked up spending and lifted the debt limit with no fuss.

The White House has indicated that Biden will meet with House GOP Speaker Kevin McCarthy (Calif.) in the coming weeks to discuss the way forward on the debt limit and other legislative business. For the moment, at least, Democrats maintain there can be no negotiation over the debt limit with a House GOP caucus that has taken a sharp right turn, with members of the conservative Freedom Caucus given far more power than in years past.

“Are these people crazier than the crazies of the past? Yes, they are,” Sen. Brian Schatz (D-Hawaii) said. “But I think what’s clear is that the only thing more dangerous than not negotiating with these clowns is negotiating with them. They are out of their minds and cooler heads have to prevail in the House.”