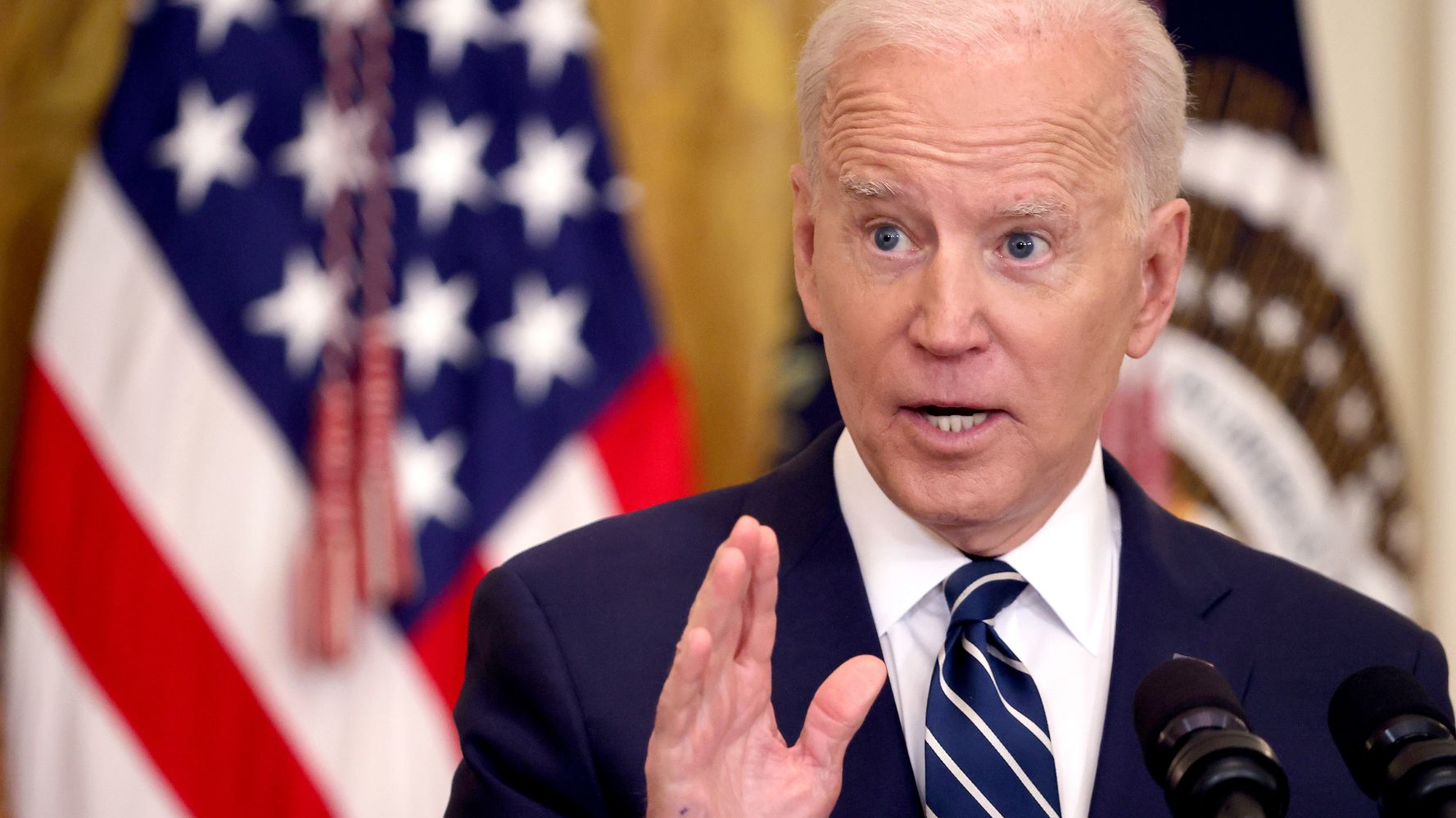 Democrats have seized on new voting restrictions in Georgia to focus attention on the fight to overhaul federal election laws, setting up a slow-building standoff that carries echoes of the civil rights battles of a half-century ago.

In fiery speeches, pointed statements and tweets, party leaders on Friday decried the law signed the day before by the stateâ€™s Republican governor as specifically aimed at suppressing Black and Latino votes and a threat to democracy. President Joe Biden released an extended statement, calling the law an attack on â€œgood conscienceâ€ that denies the right to vote for â€œcountlessâ€ Americans.

â€œThis is Jim Crow in the 21st Century,â€ Biden said, referring to laws of the last century that enforced heavy-handed racial segregation in the South.

â€œIt must end. We have a moral and Constitutional obligation to act,â€ he said. He told reporters the Georgia law is an â€œatrocityâ€ and the Justice Department is looking into it.

Georgiaâ€™s Republican governor, Brian Kemp, lashed back, accusing Biden of attempting to â€œdestroy the sanctity and security of the ballot boxâ€ by supporting what the governor sees as federal intrusion into state responsibilities.

Behind the chorus of outrage, Democrats are also wrestling with the limits on their power in Washington, as long as Senate filibuster rules allow Republicans to block major legislation, including H.R. 1, a sweeping elections bill now pending in the Senate.

Biden and his party are seeking to build and sustain momentum in the realm of public opinion â€” hoping to nationalize what has so far been a Republican-led, state-by-state movement to curb access to the ballot â€” while they begin a slow, plodding legislative process. Allies meanwhile plan to fight the Georgia law, and others, in court.

â€œThis is about what is fundamental to our identity as an American people â€” one person, one vote.â€

The emerging brawl over the politics and policy of voting access is swelling like nothing seen in recent years, harkening back to what many Americans may assume are well-settled rules ensuring equal access to the ballot.

But as Republican-controlled state legislatures from Georgia to Iowa to Arizona are taking dramatic action to limit early voting and force new voter ID requirements, the debate in Washington threatens to exacerbate the nationâ€™s cavernous political divides in the early days of the Biden presidency, just as the Democratic president vows to unite the country.

It is expected to be a months-long slog in the narrowly divided Congress, specifically the Senate, where Democrats are, for now, unwilling to muscle their slim majority to change filibuster rules, despite the partyâ€™s urgent calls for action.

Instead, the Democrats are prepared to legislate the old-fashioned way, unspooling arguments in lengthy Senate debates, spilling out of the committee hearing rooms and onto the Senate floor, and forcing opponents to go on the record as standing in the way â€” much as South Carolina Sen. Strom Thurmond was positioned when he filibustered the Civil Rights Act of the last century.

â€œTheyâ€™re literally squeezing the arteries of the lifeblood of America,â€ Sen. Cory Booker, D-N.J., the son of civil rights activists, said in an interview. â€œThey are choking what makes us distinct and unique on the planet Earth.â€

Booker would not, however, openly call for the end of the filibuster, a parliamentary tool requiring at least 60 votes to advance Senate legislation in some cases.

On Friday, the president revived his call on Congress to enact H.R. 1, an elections overhaul that would confront the Republican restrictions. He called as well for the John Lewis Voting Rights Advancement Act, which would restore some aspects of a landmark law struck down by the Supreme Court in 2013.

But Biden, like a shrinking number of other powerful Democrats, remains unwilling to embrace the so-called â€œnuclear optionâ€ â€” ending the filibuster â€” for fear it would further divide the country.

Meantime, the political fight was intensifying in Georgia, where years of voter registration drives in Black communities and steady population changes helped Biden win the once solidly red state.

Just as Kemp and several white state lawmakers celebrated the signing of the stateâ€™s new voting law on Thursday, state police officers handcuffed and forcibly removed state Rep. Park Cannon, a Black woman, after she knocked on the door of the governorâ€™s private office.

Cannon was charged with obstruction of law enforcement and disruption of the General Assembly, both felonies. She was released from jail late Thursday. Donald Trump, the former president who promoted false claims of election fraud, congratulated the Georgia governor and state leaders on the new law.

As Congress hunkers down for the fight, a groundswell of outside efforts is spending millions to try to influence the debate and apply political pressure on voters, corporations and lawmakers in both parties.

Other efforts are also underway, including from former first lady Michelle Obama, via the nonpartisan celebrity â€œWhen We All Voteâ€ organization.

Civil rights leader Al Sharpton said Friday that heâ€™s working with religious leaders in West Virginia and Arizona to press the home-state Democratic senators. Heâ€™s well aware that this fight may go on for a while.

â€œIâ€™m prepared to go on this fight for however long it takes,â€ he said. â€œLook at how long it took us to get the right to vote.â€

Sharpton also suggested that Black voters have been energized by the debate, which could lead to a surge in participation in next yearâ€™s midterm elections despite the new voting requirements enacted by Republicans.

â€œBy them being so blatant, I think that they play into our national strategy,â€ Sharpton said. â€œWe just need the Democrats in the Senate to stand up.â€

The Georgia law requires a photo ID in order to vote absentee by mail, cuts the time people have to request an absentee ballot and limits where ballot drop boxes can be placed and when they can be accessed. The bill was a watered-down version of some of the proposals considered by the GOP-led General Assembly.

H.R. 1 is vast, and its Senate counterpart would confront the new Georgia law by expanding voting by mail and early voting, both popular during the pandemic. It would more broadly open ballot access by creating automatic voter registration nationwide, allowing former felons to vote and limiting the way states can remove registered voters from the rolls. It also addresses campaign financing and ethics laws.

But Harrison also acknowledged that the filibuster was an â€œan obstacleâ€ for the national Democratsâ€™ efforts to overturn the Republican-backed changes.

â€œI am delivering the message to everybody, particularly on my side of the aisle, that folks right now are very, very upset about where things are going,â€ Harrison told The AP.

The chairman continued, â€œIâ€™m going to do everything in my power, with every breath in my body, with every drop of blood that flows through my veins, to make sure that we fight back from this.â€