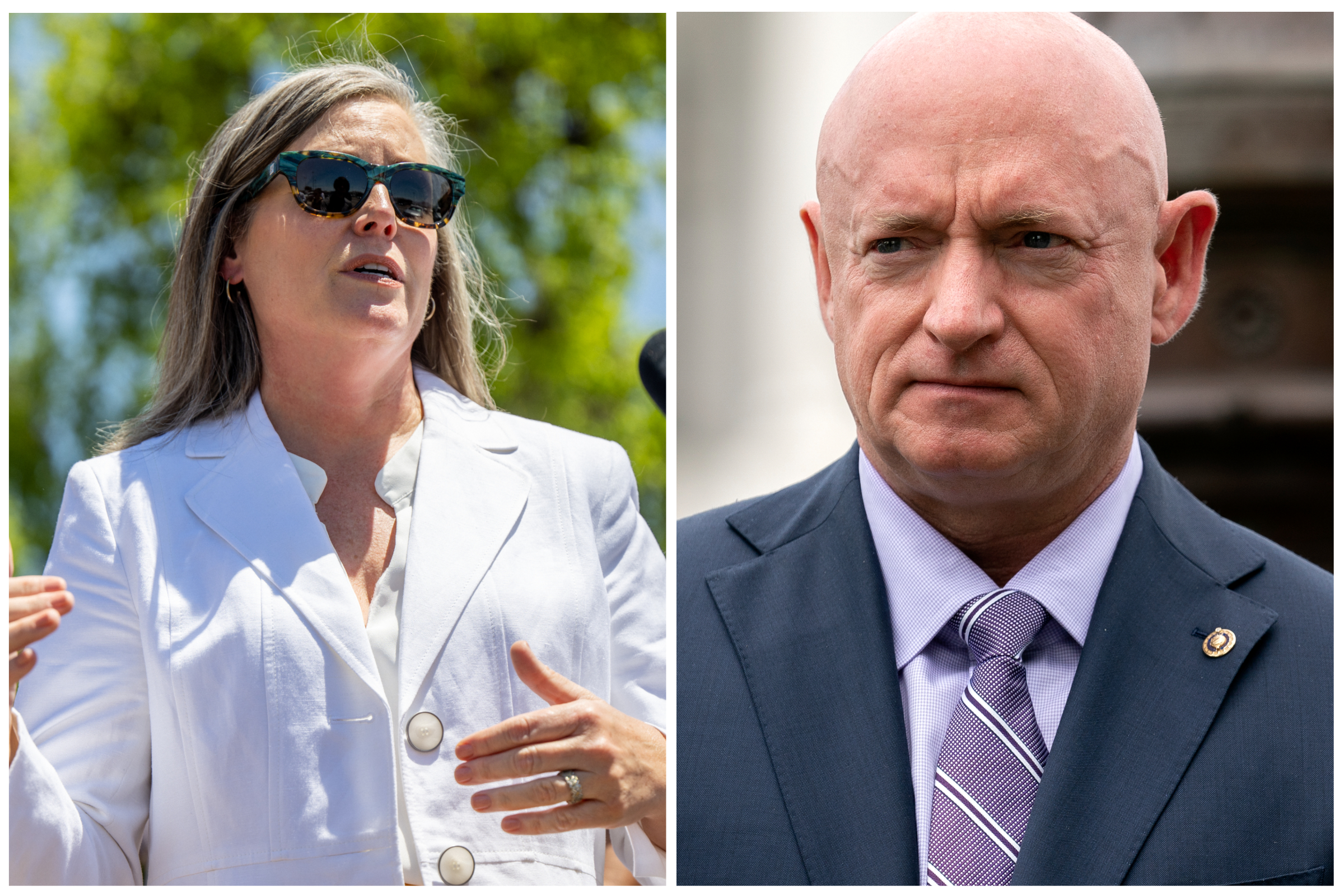 Arizona Democrats are vying to control key offices that shape abortion policy after a judge allowed a ban on the medical procedure to take effect on Friday—and polls show both parties having a chance to sweep statewide offices.

Abortion has emerged as one of the top issues voters will face heading into the November midterm elections following the Supreme Court‘s overturning of Roe v. Wade, the case that previously guaranteed reproductive rights to women across the United States. Republicans, who have embraced anti-abortion policies in states like Arizona, are on the defense in battleground races over the issue.

Pima County Judge Kellie Johnson ruled Friday that Arizona’s abortion ban, first enacted in 1864, could go into place three months after Roe was overturned. The 1973 landmark decision was overturned in June. The move prohibits most abortions in the Grand Canyon state, forcing abortion clinics to shut down operations. The law only makes an exception when the mother’s life is in danger, but not in cases of rape or incest, according to the Associated Press.

The decision brings the abortion issue to the forefront of politics in Arizona, one of the states most evenly divided between Democrats and Republicans—though polls have found that a majority of Americans support abortion rights. In November, voters will decide between Democratic candidates, who generally support abortion rights, and Republicans, who have advocated for limits on the medical procedure.

Three elections that could be impacted by abortion policy include the gubernatorial, attorney general and Senate races.

Arizona’s gubernatorial race is set to be one of the most closely watched races in the country. Democratic Attorney General Katie Hobbs will be facing off against Republican Kari Lake, a television news host who has aligned herself with former President Donald Trump. Hobbs supports abortion rights, while Lake has expressed anti-abortion viewpoints.

Hobbs and Lake are in for a close election that is generally viewed as a pure tossup. Hobbs holds a narrow lead of 2 percentage points in recent surveys, according to FiveThirtyEight’s polling aggregate. However, that lead has narrowed from 3.4 points on September 17 following a flurry of strong polls in Lake’s favor.

A Data for Progress poll conducted from September 15 to 19 found Lake leading by about 4 percentage points among likely voters. Lake secured 51 percent of respondents’ support, while only 47 percent backed Hobbs. The margin of error was 4 percent and 768 likely voters in Arizona were surveyed. Meanwhile, a Fabrizio, Lee & Associates poll conducted from September 8 to 15 found Hobbs with a single-point advantage over Lake.

Polling for the attorney general’s race, where Republican Abraham Hamadeh and Democrat Kristin Mayes are vying to replace outgoing Attorney General Mark Brnovich, a Republican, remains scant—but the race’s results could make a difference in how abortion laws are enforced across Arizona, as Brnovich filed a motion to allow the ban to take place in July.

The only polling on the race comes from the Trafalgar Group, which is viewed as having a Republican tilt. The poll found Hamadeh, whose campaign website touts him as vowing to “fight to protect the rights of our children at all stages, beginning at conception,” leading Mayes by 9 points. The margin of error is 2.9 percent and surveyed 1,080 likely voters. No other surveys from independent pollsters have been conducted.

Democratic Senator Mark Kelly has a slight lead in recent polls against his Republican opponent Blake Masters, who moderated his campaign website’s language on abortion after winning the GOP primary.

According to FiveThiryEight, Kelly leads Masters by about 7.5 points, giving him the largest advantage for a Democrat in Arizona’s statewide races. Whoever wins the Senate race could play a role in shaping national abortion policy. While Senate Democrats remain opposed to any nationwide abortion ban, Republicans are split on the idea after South Carolina Senator Lindsey Graham introduced a bill that would limit the procedure after 15 weeks of pregnancy.

The Data for Progress poll that found a lead for Lake also found a single-point lead for Kelly, with neither candidates reaching 50 percent of the vote. Meanwhile, the Fabrizio, Lee & Associates survey found Kelly with a more comfortable seven-point lead against Masters.

Newsweek reached out to the Arizona Democratic and Republican parties for comment.