Democrats in Congress Seek Review of Teams Within the Border Patrol 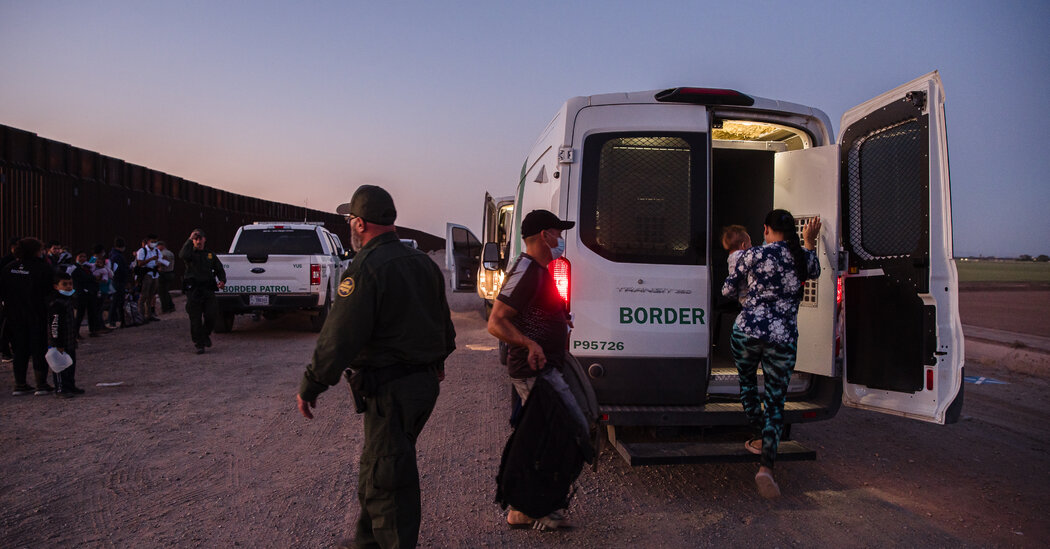 WASHINGTON â€” Congressional Democrats on Monday called for a review of secretive teams within the U.S. Border Patrol that have multiple roles, including protecting agents against potential civil liability.

Ten committee and subcommittee chairs in the House and Senate requested that the Government Accountability Office look into the teams, after recent questions from lawmakers to the Border Patrol and its parent agency, Customs and Border Protection, about the unitsâ€™ mission and the scope of their authority went largely unanswered.

The House Committees on Homeland Security and Oversight and Reform announced their own joint investigation into the units, known as critical incident teams, on Monday as well.

The inquiries come as the new commissioner of Customs and Border Protection, Chris Magnus, is facing a long to-do list, particularly when it comes to overseeing the Border Patrol and its entrenched, insular culture. Mr. Magnus, who came to the job after serving as the police chief in Tucson, Ariz., has promised to bring transparency to the agency.

â€œWe have grave concerns about the lack of transparency in the role of Border Patrolâ€™s critical incident teams,â€ Representatives Carolyn B. Maloney of New York and Bennie Thompson of Mississippi, the respective leaders of the Oversight and Reform and Homeland Security Committees, wrote to Mr. Magnus. They asked him to provide documents by Feb. 7.

â€œDespite the apparent lack of authority to investigate agent misconduct, Border Patrol appears to have created special teams of agents to investigate and collect evidence following incidents that may create criminal or civil liability, including allegations of excessive use of force,â€ they wrote.

In the separate request to the Government Accountability Office, a nonpartisan watchdog agency, lawmakers said they wanted to â€œbetter understand the roles and responsibilitiesâ€ of the critical incident teams, â€œincluding their authorities, activities, training and oversight.â€

The New York Times reported this month on the rise in deaths from high-speed vehicle chases by the Border Patrol, highlighting local police reports that had noted the presence of critical incident teams at some of the scenes. Customs and Border Protection has never mentioned the teams in news releases about high-speed chases or use-of-force incidents, nor are they mentioned in any current policies that the agency has made public. In 2013, the teams were mentioned in the agencyâ€™s use-of-force policy, but the reference was deleted from subsequent versions after an outside consulting group raised questions about what the teams did.

Customs and Border Protection has defended the teams, saying that they collect evidence and assist with investigations by the agencyâ€™s Office of Professional Responsibility into employee misconduct. But critics have described it as a conflict of interest for Border Patrol agents to help investigate their colleagues.

â€œPublic trust and support depends on investigative integrity,â€ Andrea Guerrero, the leader of a community group in San Diego, said on Monday. Last year, the organization called on Congress to investigate the teams.

Ms. Guerrero has spent the past year looking into critical incident teams after she saw mentions of them in documents about a 2010 case involving the death of a 42-year-old Mexican man who was hogtied, beaten and shocked with a Taser by Border Patrol agents after he was caught entering the country illegally. Lawmakers have asked the Government Accountability Office to investigate incidents going back to 2010.

The 2010 episode drew international attention, and the case is to be heard this year by the Inter-American Commission on Human Rights court â€” an apparent first for a person who died at the hands of U.S. law enforcement.

Mr. Thompson said Customs and Border Protection briefed some congressional committees last year about the teams. â€œBut they did not fully address all our questions,â€ he said, adding that lawmakers asked the agency for additional information, but have yet to receive anything.

Customs and Border Protection and its parent agency, the Department of Homeland Security, did not immediately respond to requests for comment.

Over decades, many political leaders have described the Border Patrol as operating with impunity. And while Customs and Border Protectionâ€™s Office of Professional Responsibility and a use-of-force oversight board conduct investigations into alleged misconduct, the outcomes are rarely made public.

Customs and Border Protection has been reluctant to share information with Congress in the past. After the agency provided little information about the outcome of investigations into employee involvement in a private Facebook group that contained racist and offensive posts, the House Oversight and Reform Committee conducted its own inquiry. The existence of the Facebook group was publicly revealed in 2019, and the committee issued a report last October that showed there was minimal discipline for those involved.