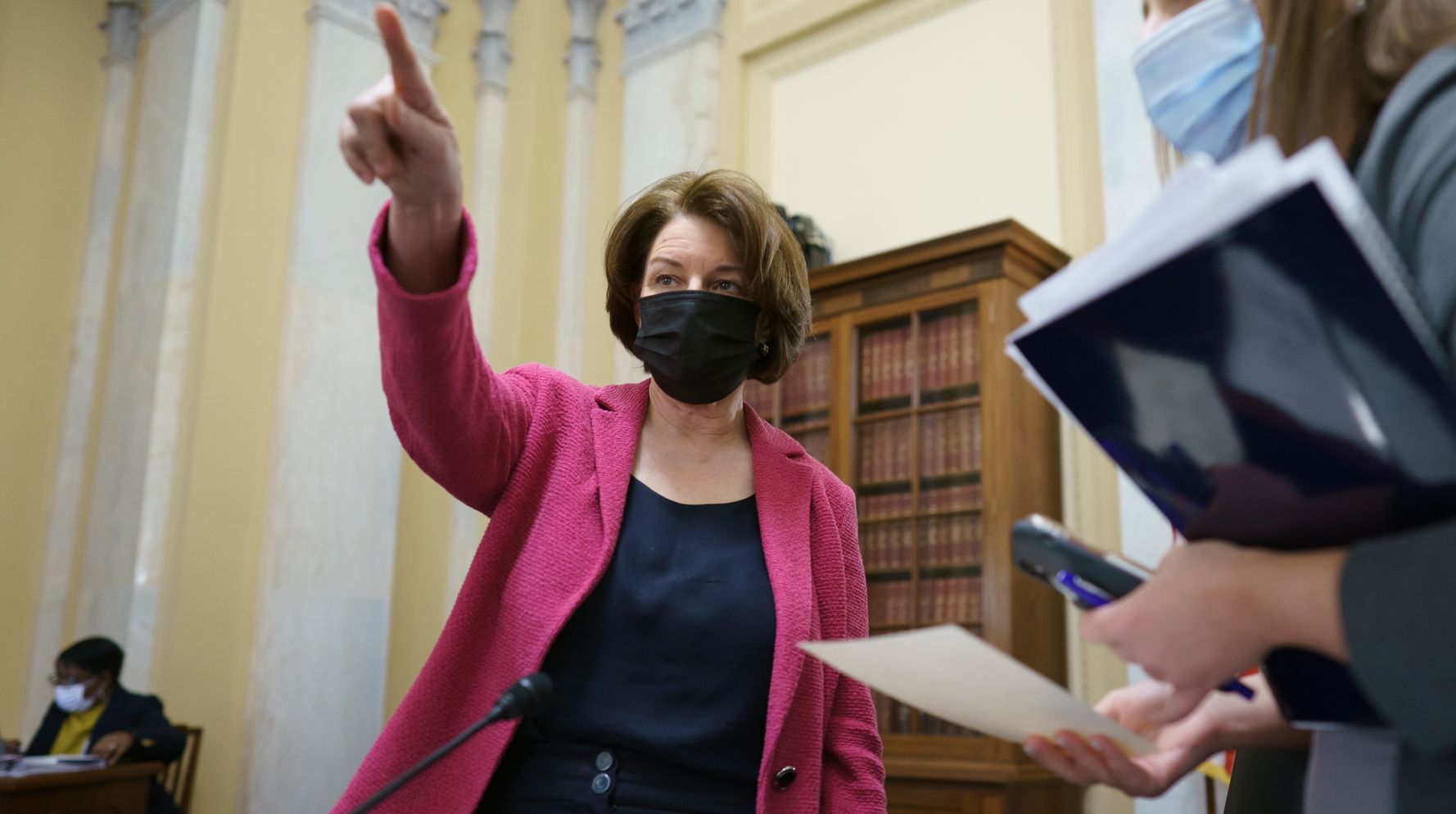 WASHINGTON (AP) â€” Democrats renewed their efforts Wednesday to muscle through the largest overhaul of U.S. elections in a generation, setting up a fight with Republicans that could bring partisan tensions to a climax in the evenly split Senate and become a defining issue for President Joe Biden.

Democrats and Republicans both see the legislation, which touches on nearly every aspect of the electoral process, as fundamental to their partiesâ€™ political futures. The Senate bill, similar to a versionÂ passed by the HouseÂ earlier this month, could shape election outcomes for years to come, striking down hurdles to voting, requiring more disclosure from political donors, restricting partisan gerrymandering of congressional districts and bolstering election security and ethics laws.

The debate over who has the right to vote, and how elections are conducted, could play out for months, if not years. Democrats newly in control of both chambers of Congress say they are trying to rebuild trust in the ballot after two tumultuous election cycles. Republicans charge the bill would strip power from the states and cement an unfair political advantage for Democrats.

With the GOP unanimously opposed, the legislation is presenting a crucial test of how hard Biden and his party are willing to fight for their priorities, as well as those of their voters. Unless they united around changing Senate rules, which now require 60 votes for most bills to advance, their chance to enshrine expansive voting protections could quickly slip away.

Senate Majority Leader Chuck Schumer, D-N.Y., making a rare appearance at a hearing, said Wednesday it took â€œmighty movements and decades of fraught political conflictâ€ to achieve the basic dignities of current election laws and â€œany American who thinks that the fight for a full and fair democracy is over, is sadly and sorely mistaken.â€

Democrats see the measure as a forceful response to voting rights restrictions advancing in Republican-controlled statehouses across the country in the wake of Donald Trumpâ€™s repeated, baseless claims of a stolen 2020 election.

Senate Rules Committee Chairwoman Amy Klobuchar, D-Minn., opened the hearing on the legislation Wednesday by invoking the Jan. 6 attack on the U.S. Capitol, in which hundreds of Trumpâ€™s supporters interrupted the electoral count after Trump pressured state election officials to change the results and told supporters to â€œfight like hellâ€ to overturn his defeat.

â€œIn the end, that insurrection was about an angry mob working to undermine our democracy,â€ Klobuchar said. â€œAnd it reminds all of us how very fragile our democracy truly is, and how it is on all of us to not just protect that democracy, but to ensure that it thrives.â€

Similar to the House bill that passed on a party-line vote, the Senate legislation would create automatic voter registration nationwide, allow former felons to vote, and limit the ways states can remove registered voters from their rolls. It would expand voting by mail, promote early voting and give states money to track absentee ballots. Millions of people took advantage of those practices during the pandemic last year â€” and after some Republican states tried to restrict them in favor of voting in person.

The bill would increase oversight for election vendors and boost support for state voting system upgrades after Russia attempted to breach some of those systems in the 2016 election. It would overhaul federal oversight of campaign finance and encourage small donations to campaigns, while requiring more disclosure of political donations. And it would require states to adopt independent redistricting commissions to draw congressional districts and give more teeth to federal ethics enforcement.

The legislation is meant to counter the more than 250 bills have have been introduced in 43 states that would change how Americans vote, according to a tally by the Brennan Center for Justice, which backs expanded voting access. Some measures would limit mail voting, cut hours at polling places and impose restrictions that Democrats argue amount to the greatest assault on voting rights since the Jim Crow era.

Testifying at the hearing, former Attorney General Eric Holder, who served under President Barack Obama, said the legislation would help fight politicians who want to maintain an â€œunjust status quo.â€

â€œThe events of the past few months have brought into stark focus what has been true for too long: There is a large and powerful faction in this country intent on retaining power and who will bend or break the rules of our democracy in order to do so,â€ Holder said.

Republicans say the new mandates would amount to a federal takeover of elections, which have traditionally been left to states.

Senate Republican leader Mitch McConnell, R-Ky., a longtime opponent of restrictive campaign finance laws, also made a rare hearing appearance, sitting across the dais from Schumer. He said the bill is full of â€œsilly new mandatesâ€ that would create â€œan invitation to chaosâ€ for states that would have to put them in place.

â€œThis is clearly an effort by one party to rewrite the rules of our political system,â€ McConnell said.

The bill has already run into roadblocks that have become familiar since Democrats began their narrow control of the Senate two months ago. As he has on other party priorities, Democratic Sen. Joe Manchin of West Virginia has expressed skepticism about the legislation, threatening united Democratic support.

Lacking the 60 votes needed for passage, Democrats have discussed options like lowering the threshold to break a filibuster, or potentially breaking the bill into pieces. For now, Democrats have suggested they will start with bringing up potentially popular proposals like the voting rights measure and expanded gun background checks and let them fail, forcing Republicans to go on the record in opposition.

In an apparent effort to pressure Manchin, the only Democrat who hasnâ€™t signed on to the voting legislation, Republicans called West Virginia Secretary of State Mac Warner to testify in opposition to the bill. He said the legislation would force his state and others to follow â€œarbitrary guidelines, most of which are impossible or unattainable under the deadlines.â€ He urged the senators to â€œleave election administration up to the states.â€

Michigan Secretary of State Jocelyn Benson testified in favor of the bill.

â€œWhile states will always serve as laboratories of democracy, federal minimum standards ensure equal protection of every citizenâ€™s right to vote and can prevent attacks on our democracy, both foreign and domestic, that take advantage of the uneven patchwork of state laws throughout our country,â€ Benson said.