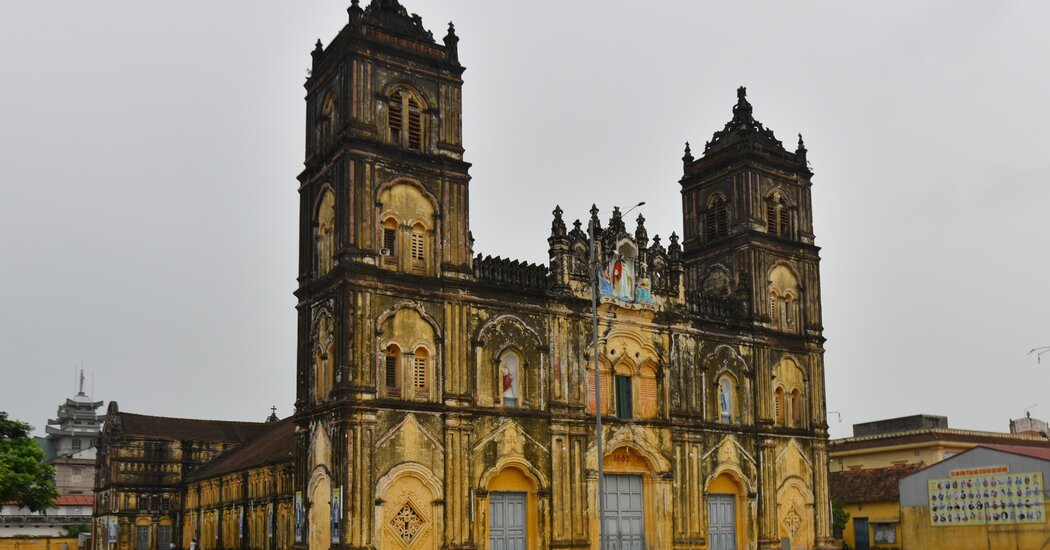 BANGKOK â€” The historic Bui Chu Cathedral in Vietnam, a 135-year-old church considered by many an architectural gem, is being demolished to make room for a bigger cathedral despite last-ditch efforts to save it.

By Wednesday, workers had removed tiles from the floor and dismantled much of the roof of the cathedral, which is in Nam Dinh Province, about two hours south of Hanoi. A high fence has been erected around the building, and demolition will most likely be completed by early next month.

â€œThis would amount to an irremediable loss of heritage for Vietnam, for the world, and for the Catholic Church itself,â€ said Martin Rama, a top economist with the World Bank who has worked to save the building. â€œIndeed, the ancient Bui Chu Cathedral embodies an amazing intersection of culture, history, and architecture.â€

As Vietnamâ€™s population and economy have grown in recent decades, the country has lost much of its cultural heritage with the destruction â€” or aggressive renovation â€” of numerous French colonial buildings, pagodas and temples.

The Communist government declined last year to declare Bui Chu a heritage site, which would have prevented its demolition. Nor has it intervened in plans to build a new cathedral.

In many parts of Vietnam, the Roman Catholic Church has been a leader in historic preservation, making the cathedralâ€™s demolition unusual.

â€œYou would rate the church as one of the most successful defenders of heritage around the country,â€ said Mark Bowyer, a longtime Vietnam resident and travel blogger who visited Bui Chu last year for his website, Rusty Compass. â€œIn this case, the church is committing an act of self-harm.â€

Bui Chuâ€™s priests have said that the old structure must be razed because it is in dangerous condition. The electrical wiring is faulty and could start a fire, they say, and plaster occasionally falls from the high ceiling, endangering parishioners.

They say the new cathedral will be a replica of the old one but could hold more people.

Mr. Rama, who served for eight years as the World Bankâ€™s lead economist in Vietnam, has long taken an interest in Bui Chu and came up with a plan this year to save it.

Acting in a personal capacity, he met with church leaders and proposed acquiring land next to the churchâ€™s property, which would expand the churchâ€™s holdings and provide room for both buildings.

Mr. Rama, now based in Washington as the World Bankâ€™s chief economist for Latin America and the Caribbean, offered to pay for the land himself and to start a global fund-raising campaign to raise the estimated $3 million to restore the old cathedral.

â€œSaving the ancient Bui Chu Cathedral in a way that allows building the new church and welcoming large numbers of parishioners is entirely feasible,â€ said Mr. Rama, who also is project director of a sustainable urban development center with the Vietnam Academy of Social Sciences. â€œFuture generations will be forever grateful to the fathers if they make an enlightened decision.â€

To his disappointment, church leaders rejected his offer in favor of their original plan to build a new cathedral in place of the old one.

The cathedralâ€™s bishop, Thomas Vu Dinh Hieu, declined Wednesday to discuss his rejection of Mr. Ramaâ€™s offer or comment on Bui Chuâ€™s demolition, saying only, â€œWe do not want to talk with the media.â€

A local official in Xuan Ngoc, the site of the church, said the priests had permission to proceed with the demolition. He refused to give his name and declined to comment further.

Among the hundreds of Catholic churches in Vietnam, Bui Chu stands out because of its unusual blend of Baroque and Vietnamese architecture.

The Bui Chu diocese is where Catholicism first took hold in Vietnam more than 400 years ago, long before French or Communist rule. The area draws few tourists but remains the heartland of Catholic Vietnam today.

â€œBui Chu church is the birthplace of Vietnamese Catholicism,â€ said Nguyen Hanh Nguyen, an associate professor at the University of Architecture in Ho Chi Minh City. â€œIt should be recognized as a heritage site and preserved in its original state.â€

While the Communist government officially opposes organized religion, it has reached a state of dÃ©tente with religious leaders, allowing them to hold services and to keep and maintain their facilities.

The reticence of Bui Chuâ€™s priests to speak to the media is not surprising. When they sought to raze the cathedral last year, they were stung by public criticism and their plans were eventually derailed.

A group of 25 architects petitioned the prime minister and other government officials in May 2019 to declare the cathedral a heritage site and block the demolition. They said the cathedralâ€™s blend of European and Vietnamese elements, details and materials, created a singular architectural work found nowhere else in Vietnam.

Around that time, a raging fire destroyed the Notre-Dame cathedral in Paris, devastating Catholics around the world and prompting many Vietnamese to oppose razing Bui Chu. Although Vietnamâ€™s government did not intervene, the priests backed off.

On inspecting Bui Chu at the time, the architects found that it was only slightly damaged and was in good enough condition to last a long time if reinforced.

Photographs of the church as it is being demolished have only bolstered that view, said Ms. Nguyen, who was one of the 25 architects.

â€œBased on the image of the recent dismantlement,â€ she said, â€œthe wooden structure of the church is still in good condition, not a serious degradation.â€