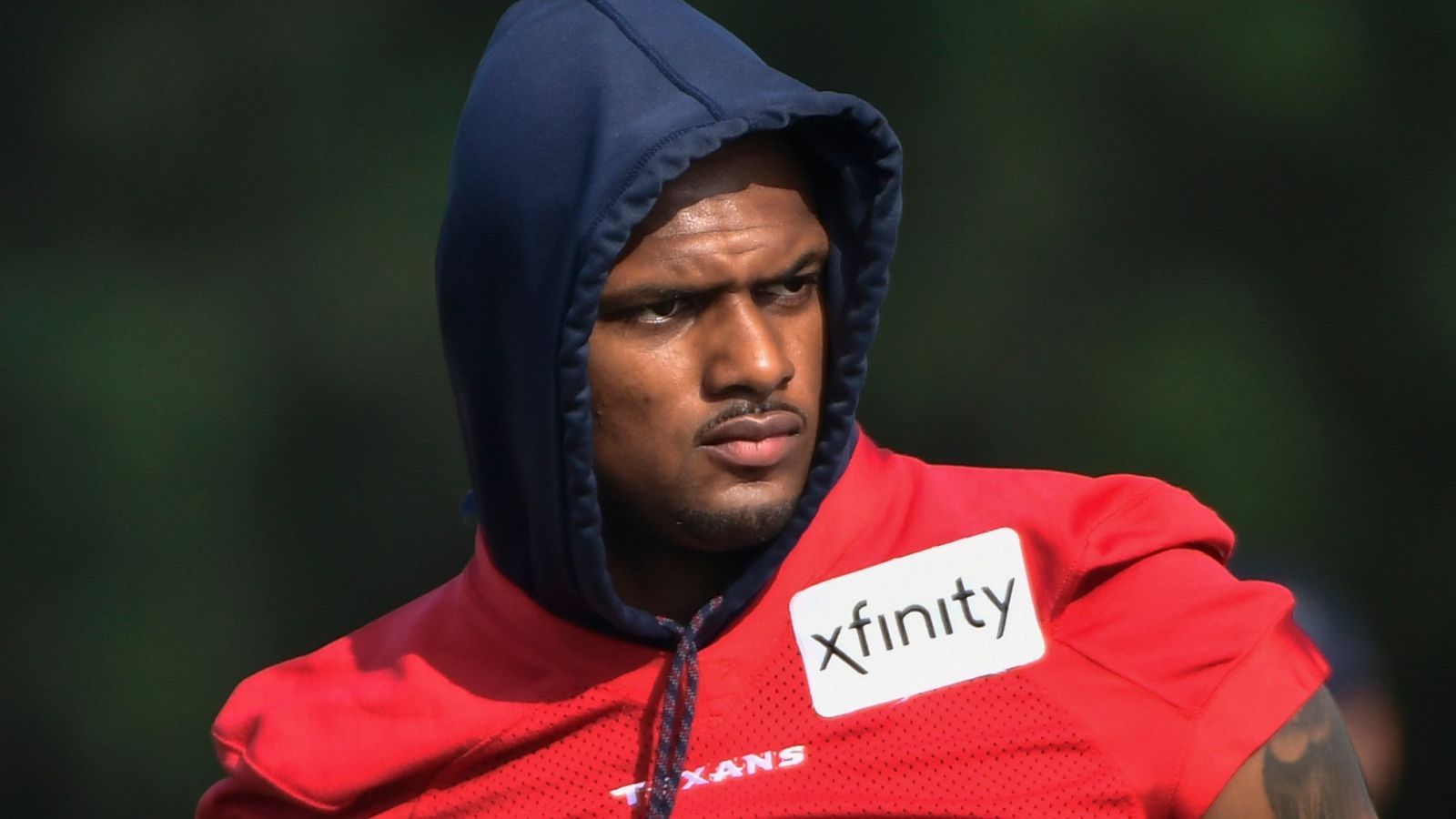 Cleveland Browns quarterback Deshaun Watson is being sued by a 24th woman; the NFL continues to investigate the 26-year-old and could suspend him for violating the league’s personal conduct standards

The first lawsuit was filed in March 2021, with a flurry of additional women also filing complaints over the following month to bring the total to 22.

Another woman sued Watson last week since the airing of an episode of HBO’s Real Sports with Bryant Gumbel detailed the case.

The women all allege Watson committed sexual improprieties during the course of a massage.

He has denied all accusations, and two grand juries in Texas declined to bring criminal charges against Watson earlier this year meaning he will not face criminal charges.

The 24th woman’s case was filed on Monday morning in Harris County District Court in Houston.

“The allegations made in this new case are strikingly similar to those made by many of the other victims,” Texas attorney Tony Buzbee, who represents the plaintiffs, said in a released statement.

“Lost in the media frenzy surrounding Deshaun Watson is that these are twenty-four strong, courageous women who, despite ridicule, legal shenanigans, and intense media scrutiny, continue to stand firm for what is right.

“Setting aside the legal wrangling, the complicity of the NFL, or the failures of the criminal justice system, the resounding story that should be told here is that these women are true heroes.

“I will say again, our entire team is incredibly proud to represent these women, and we look forward to the day when we can lay out their cases in detail in front of a jury.”

Rusty Hardin, Watson’s lead attorney, said he could not immediately comment on the latest lawsuit. “Our legal team has not had time to investigate this new filing and had not heard her name until today. Deshaun continues to deny he did anything inappropriate with any of the plaintiffs.”

The Browns acquired Watson from the Houston Texans in a trade in March and gave him $230 million in guaranteed money on a five-year deal. The team has not commented on the latest case.

The NFL continues to investigate Watson and recently wrapped up interviews with the quarterback. Despite no criminal charges being filed, the league could suspend Watson for violating the league’s personal conduct standards.