Despite a retraction, a room-temperature superconductor claim isn’t dead yet 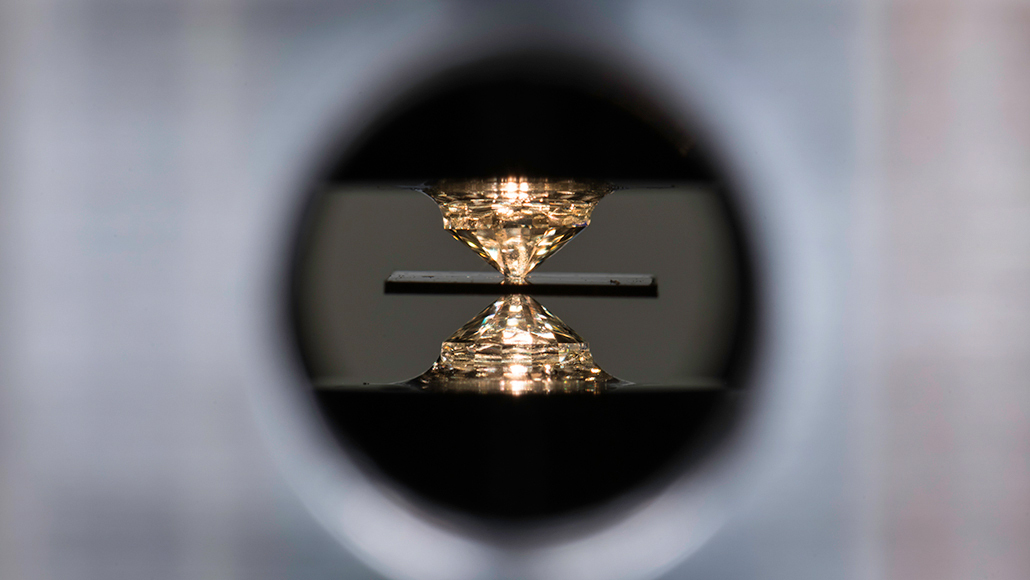 It may be too soon to mourn the demise of a room-temperature superconductivity claim.

On September 26, the journal Nature retracted a paper describing a material that seemed to turn into a superconductor at a cozy 15° Celsius (SN: 10/14/20). The notice rattled many people in the field. But a new experiment performed just days after the retraction supports the world-record temperature claim, say an eyewitness and others familiar with the experiment.

Superconductors carry electricity with no resistance, which means they’re useful for efficiently transmitting energy. They could save enormous amounts of energy that’s wasted in conventional metal wires. Currently they are used to create powerful magnetic fields for medical imaging and particle physics experiments, as well as serving as components in high-performance circuity and even levitating high-speed trains. But to work, superconducting materials generally must be cooled far below 0° C, and many to temperatures close to absolute zero, or -273° C.

When researchers announced in 2020 that a sample made of hydrogen, sulfur and a bit of carbon became a superconductor at record-shattering temperatures, dreams of room-temperature superconducting seemed to be on the verge of coming true. One hitch was that the material had to be under enormous pressures, about 2.6 million times atmospheric pressures — roughly the pressure found in parts of Earth’s core. Still, the discovery hailed a potential scientific and technological revolution.

In the two years since, controversy has swirled around the report. The maelstrom is centered on the way the researchers prepared and processed data that showed changes in a magnetic property known as susceptibility. Ultimately, editors at Nature took the unusual step of retracting the paper despite the researchers’ objections. “We have now established that some key data processing steps … used a non-standard, user-defined procedure,” write the editors at Nature in the retraction. “The details of the procedure were not specified in the paper and the validity of the background subtraction has subsequently been called into question.”

The new experiment isn’t a duplicate of the one reported in the retracted paper, but the researchers replicated a portion of their research that raised red flags in the scientific community.

Ranga Dias, a physicist at the University of Rochester who headed the research on the now-retracted paper, led the new measurements at Argonne National Laboratory’s Advanced Photon Source in Lemont, Ill. “We have been working on this experiment for almost six months, building and reconfirming the correct methodology,” Dias says. “I would say the data we obtained at Argonne is more compelling, not just comparable,” to the data in the retracted Nature paper.

“The experiment took place over two days, September 27 and 28,” says physicist Nilesh Salke of the University of Illinois Chicago, who was not affiliated with the original research. Salke’s role at Argonne involved probing a sample of the material in question with X-rays while it was exhibiting magnetic susceptibility associated with high-temperature superconductivity. “We saw the first susceptibility signal on September 27, consistent with the claims reported in the retracted Nature paper.”

This latest twist is unlikely to put an end to the controversy that came with the initial claim, at least in the mind of physicist Jorge Hirsch of the University of California, San Diego. Hirsch has been one of the most vocal critics of the room-temperature superconductivity claim.

“I didn’t know it would be retracted, but was hoping it would be retracted,” says Hirsch, who was not affiliated with either the original or new experiment. He says he asked the authors for the raw data from the earlier study one month after it was published, but he was refused. “The authors said, ‘No we cannot give you the data because our lawyers said that it would affect our patent rights.’”

With intervention from Nature, Hirsch eventually got the numbers. What he saw disturbed him. Hirsch is skeptical that high-temperature superconductivity is possible in these sorts of hydrogen-based materials in general, but says he is objecting based on the way the data were handled.

“There were real problems between the raw data and the published data,” Hirsch says. He believes that Nature’s retraction doesn’t go far enough. “It’s not that the data were not properly processed.” Along with physicist Dirk van der Marel of the University of Geneva, Hirsch delves into problems with the data in a paper published September 15 in the International Journal of Modern Physics B. “Our analysis proves mathematically that the raw data were not measured in the laboratory. They were fabricated.”

Dias and colleagues deny any impropriety in their data or analysis and are moving forward with experiments like the one at Argonne. But that work awaits peer review. For now, Nature’s retraction bolsters existing doubts around room-temperature superconductivity.

“In the end, all of this has to be validated by different groups getting the answer,” Hirsch says.