Scott Baisley holds his son Sullivan, who was delivered shortly before his mother died of COVID-19.

Scott Baisley holds his son Sullivan, who was delivered shortly before his mother died of COVID-19.

Kimberly Grice needed a walker during her final month of pregnancy just to get down the hall of her home near Myrtle Beach, S.C., to a freshly painted, lavender nursery.

The 36-year-old struggled to hang up tiny clothes or organize a changing table. She’d been hospitalized this summer with COVID-19 and on a ventilator.

She did not get the vaccine fearing it might hurt the baby. Doctors now want pregnant women to know it is safe.

In September, the Centers for Disease Control and Prevention urged expecting mothers to get vaccinated warning complications from COVID can be deadly for both mother and baby. Still, two-thirds of pregnant women have not.

The Grices and another South Carolina family are sharing their stories of pregnancies unvaccinated in hopes of changing minds.

Kimberly was rushed to a crowded emergency room in late July where a six hour wait revealed she had COVID pneumonia. Her husband Tory shares the rest of the journey she can’t remember including the question doctor repeatedly asked in case of complications. Whose life should they save first if something goes wrong, Kimberly’s or the baby’s?

“What you want to say is like, both of them. But that can’t be the answer,” says Tory.

Kimberly’s liver appeared to be failing when doctors considered an emergency C-section after taking her off a ventilator. But then her health improved, and they decided not to deliver the baby nine weeks early.

When Kimberly came to, it was nearly September and she was confused. How did she wind up in a Charleston hospital and who were the doctors and nurses now in her room?

Her body was worn out. But on Oct. 22, Kimberly gave birth to Leilani Grice, a healthy baby girl weighing 7 lbs. 2 ounces.

Kimberly and Tory Grice’s daughter Leilani was born healthy after her mother was hospitalized for COVID.

Kimberly and Tory Grice’s daughter Leilani was born healthy after her mother was hospitalized for COVID.

“The risk of putting your life at risk, your unborn child’s life at risk, is not worth it,” says Dr. Rebecca Wineland. She is the director of labor and delivery at the Medical University of South Carolina in Charleston.

Wineland says expecting mothers infected with the fast spreading Delta variant are at a greater risk for stillbirths, babies with restricted growth and pre-eclampsia, a leading cause of maternal and infant death worldwide.

She is also seeing first-hand what the CDC warns, expecting mothers who get COVID are twice as likely to be admitted to the ICU and have a 70% increased risk of losing their lives.

“It will absolutely save your life and decrease your risk of hospitalization if you were to get COVID,” Wineland says.

But the message came too late for Scott Baisley and his two-month-old son Sullivan who live just outside Charleston.

Scott cradles the crying infant trying to comfort him. An empty bottle sits next to a framed ultrasound picture and wedding photo displayed on a table beside them.

Scott’s wife Clair was 33 years old when she collapsed on the floor of their home in August, within days of being diagnosed with COVID. She was quickly hospitalized with double pneumonia.

A week later, doctors decided they had to deliver Sullivan by C-section. Clair was put on a ventilator and given a 10% chance to live. Less than a month after her diagnosis, doctors were desperately trying to save her.

Suddenly Clair was gone. COVID had taken her life. She never got to hold Sullivan.

“Having a son without a mother is one of the most painful things I’ve ever had to experience.”

It’s a pain Scott doesn’t want anyone else to have to endure. 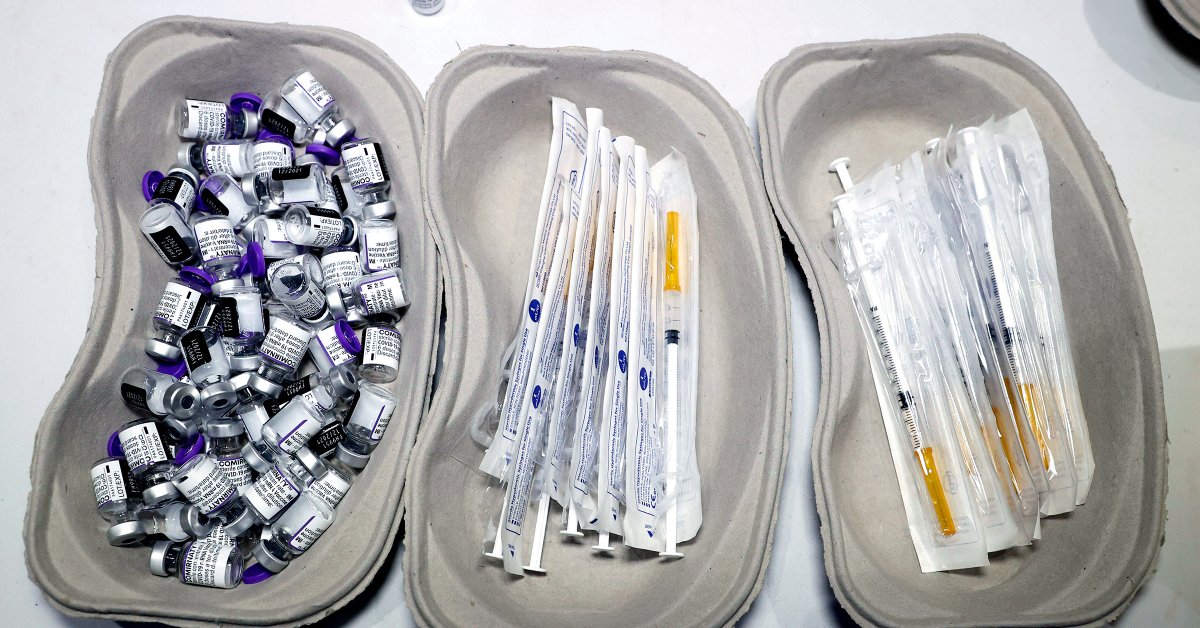