Dire straits: The Rock faces a hard Brexit as Gibraltar talks drag on 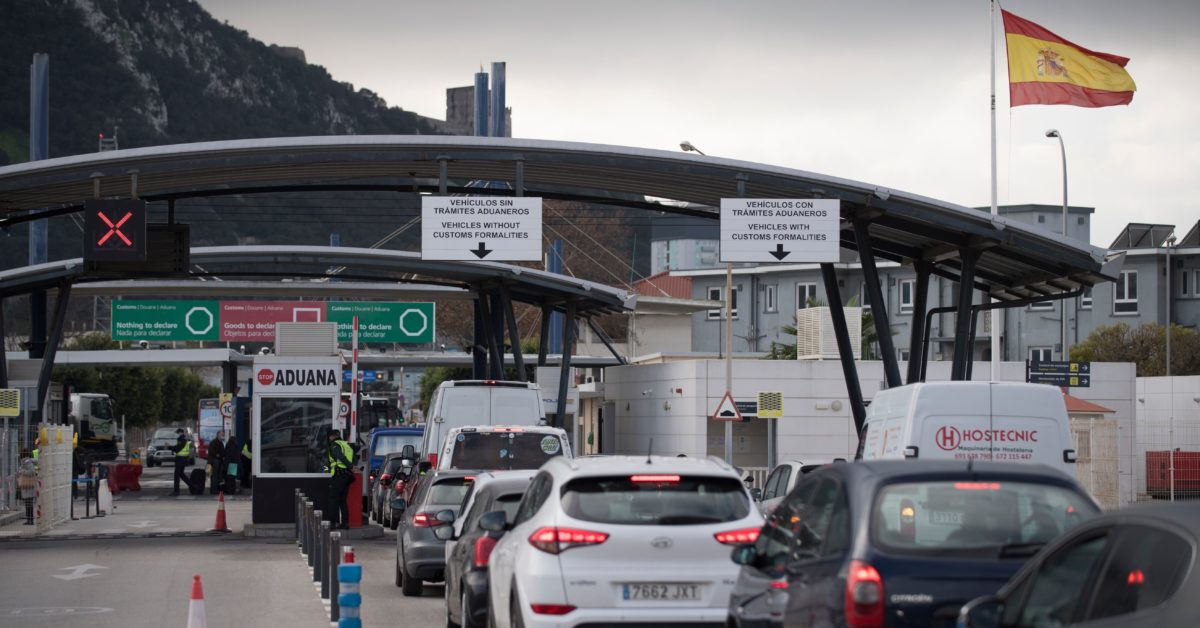 LONDON â€”Â Spain is ready to close the border with Gibraltar on December 31 if the British government does not agree to continued free movement of people, the Spanish foreign minister said.

Although the U.K. and the EU have concluded a future relationship agreement, the future of Gibraltar is yet to be settled in parallel negotiations between London, Madrid and the Rock.

On Tuesday, the Spanish cabinet is set to approve measures allowing Gibraltarians to benefit from access to its universities and to have their professional qualifications recognized. But the most crucial issue â€”whether people will be able to continue to cross the border smoothly and without checks once the Brexit transition period ends in three daysâ€™ time â€” has not been agreed yet.

The Spanish government is pushing for Gibraltar to join the passport-free Schengen zone, as first reported by POLITICO. The U.K. has accepted the idea of some sort of relationship between Gibraltar and Schengen, according to an official familiar with the talks, but is concerned about a potential loss of sovereignty as a result.

Speaking at a press conference Monday evening, Foreign Minister AranchaÂ GonzÃ¡lez Laya warned that if there is no agreement with London, Gibraltar will be â€œthe only place where a hard Brexit is applied.â€

â€œWe know obviously that there is a big disagreement between Spain and the United Kingdom when it comes to sovereignty; we also know that both parts have inalienable claims,â€ she said, adding that Spain thinks it is â€œperfectly possibleâ€ to solve the free movement question â€œwithout giving up on our sovereignty claims.â€

There are two issues proving difficult for London to accept: the fact that those traveling from the U.K. to Gibraltar would have to go through a Schengen control post, and how to patrol the border.

Spain has accepted that for a transitional period, officers from the European Border and Coast Guard Agency (Frontex) would patrol the airport and seaport access points in Gibraltar, but it wants Spanish police officers to take over that role eventually â€” a red line for Gibraltar Chief Minister Fabian Picardo. Madrid is now insisting that the Frontex officers should report back to Spanish authorities, which Gibraltar objects to.

If there is no deal, GonzÃ¡lez Laya said Gibraltar would become â€œthe external border of the European Unionâ€ and could experience â€œqueues similar to those weâ€™ve seen in Doverâ€ â€” pointing to the long lines of lorries near the Port of Dover after France shut down its border for freight and travel.

In that scenario, Gibraltar would also be left out of the EUâ€™s airspace, and people crossing into Spain would have to have their passport stamped at the border, with the exemption of the 15,000 frontier workers who have registered in a special database and would only need to show an ID document.