Do You Want To ‘Boomerang’ At Work? If So, Join The Club 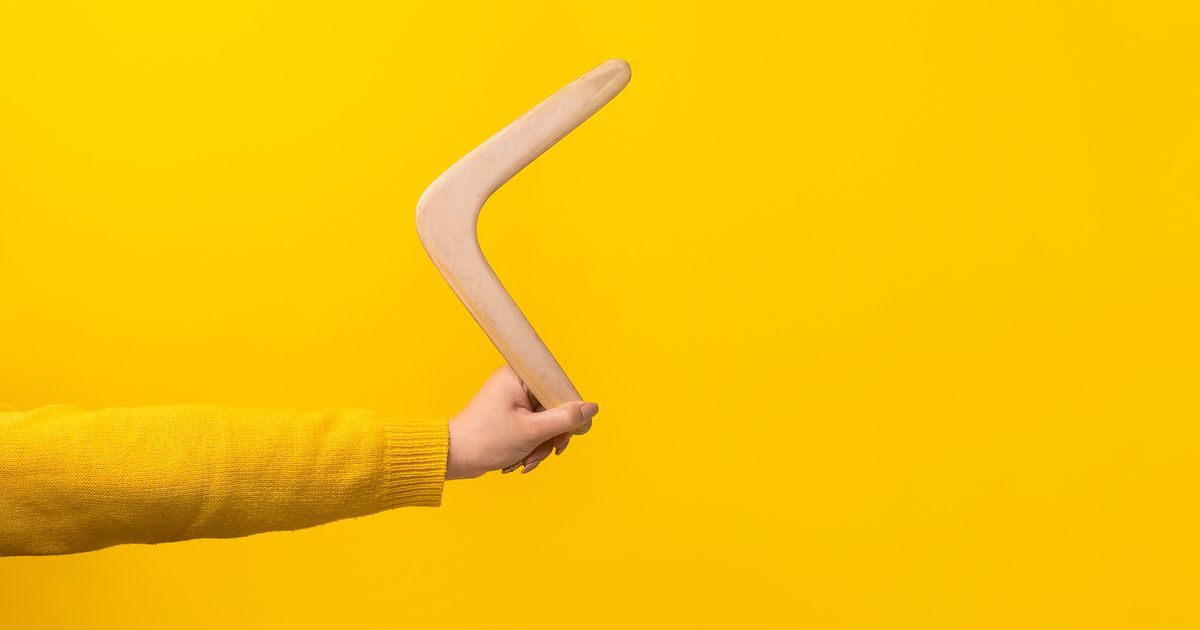 If you are unhappy in a new job and secretly wish to return to your old job, you’re not alone.

Three out of five US employees who are unhappy after switching jobs during the pandemic said the job they quit was better than their new one, according to a 2022 survey conducted by Morning Consult on behalf of the payroll firm UKG.

To be clear, the number who actually choose to do something about their feelings of discontent and “boomerang” back to their old job is still small, but it is growing.

A March 2022 analysis of 32 million US LinkedIn members’ job histories found that on average, 4.3% of all US employees switched back to a previous employer in the last year, up from less than 2% in 2010.

Boomeranging can boost your career growth

Boomeranging back to an old employer can help some employees get the high-powered job they always wanted by bypassing the steps in a typical internal career trajectory.

Margo Kahnrose, chief marketing officer at marketing platform Skai, said boomeranging back to the company after she left it in 2016 gave her time to reflect on the executive role she wanted – and got.

“When I returned, it was to the same company but not the same job – rather, it was a chance to expand the impact I could have on the company in a bigger role,” Kahnrose says. “This was something I couldn’t make happen in a linear path had I stayed, because I didn’t even know at the time I left that I wanted the CMO role. It took a couple of years of looking at things outside-in to clarify for me what relationship I really wanted to have with the company I already loved and respected, and to choose to pursue it.”

Kahnrose says it helped that she left on a positive note with relationships intact, and sees boomerangers as a positive asset for a company.

“Boomerang employees know – at least to some extent – the systems and tools a company uses, the key stakeholders, and the goals of the company,” she said.

For some, leaving also helped their employer realise how much they missed their value – and that helped increase their negotiating leverage as they returned.

“I can’t tell you how many clients of mine have also left their full-time jobs at a company to have their own Great Resignation,” says Nadia De Ala, founder of Real You Leadership, a group coaching program for women of colour.

“They simply wanted a break to heal from burnout and have space to think about their next step, and then boomerang later back to their company [as] a contracted employee with more pay, less working hours and much more flexibility to pursue other passions on the side. It’s a brilliant move, and happens more often than people think.”

Wanting to boomerang can come from a desire to grow, but it can also stem from hating a new job you thought was going to be better.

“People I have worked with who regretted a job switch tend to beat themselves up over it, blaming themselves and saying they should have known the new job would not be a good fit,” says Shannon Garcia, a psychotherapist in private practice at States of Wellness Counseling in Illinois and Wisconsin. “They express feeling ‘stupid’ and ‘embarrassed’ about their desire to return to a previous job.”

The need to boomerang can also come from simply needing a job.

“I’ve had a client who regretted boomeranging, but went back to their old job because their new employer had a big layoff that unfortunately included them,” De Ala says. “Their previous employer still hadn’t backfilled their role, and they decided to go right back instead of finding a new job out of necessity. The benefit was that they were able to get a bump in pay and negotiate their boundaries better upon returning.”

The big takeaway should be that feeling a mix of emotions about wanting to boomerang is normal. Even if you totally regret a job switch, it can be a learning moment. De Ala says when her clients have “quitters’ remorse” after taking a new job over staying at an old one, she advises them to practice self-compassion.

“I remind them that none of us can see into the future. I remind clients of all the reasons why they were excited for accepting the new offer and moving on to a new company and team,” she says. “It may feel like a huge mistake and a waste of time, and it’s solvable. You can see if there’s an opportunity to boomerang back or move on to another place that hopefully is more aligned.”

New jobs often come with a steep learning curve that can push us outside our comfort zones. Feeling anxiety in a new situation is normal, Garcia says, and this anxiety shouldn’t be confused for a sign that the job is the wrong fit.

“Anxiety will want you to run back to the comfort of your previous job for no other reason than to stop the anxious feelings,” Garcia says. “Resist the urge to boomerang in this situation. If this sounds like you, give yourself some time to settle in and expand your comfort zone before deciding a job isn’t for you. There is no growth in the comfort zone.”

Think carefully before reapplying for an old job. If you hated the workplace culture at your old job, that is unlikely to change.

“If you left your previous job because you didn’t have chemistry with your team or didn’t align with the company’s values, look elsewhere,” Kahnrose says. “If you enjoyed the culture and think your experiences working at another company can add value and a fresh mindset to your previous company, then it may make sense to reapply.”