Does The Queen’s Death Make The Break-Up Of The UK More Likely? 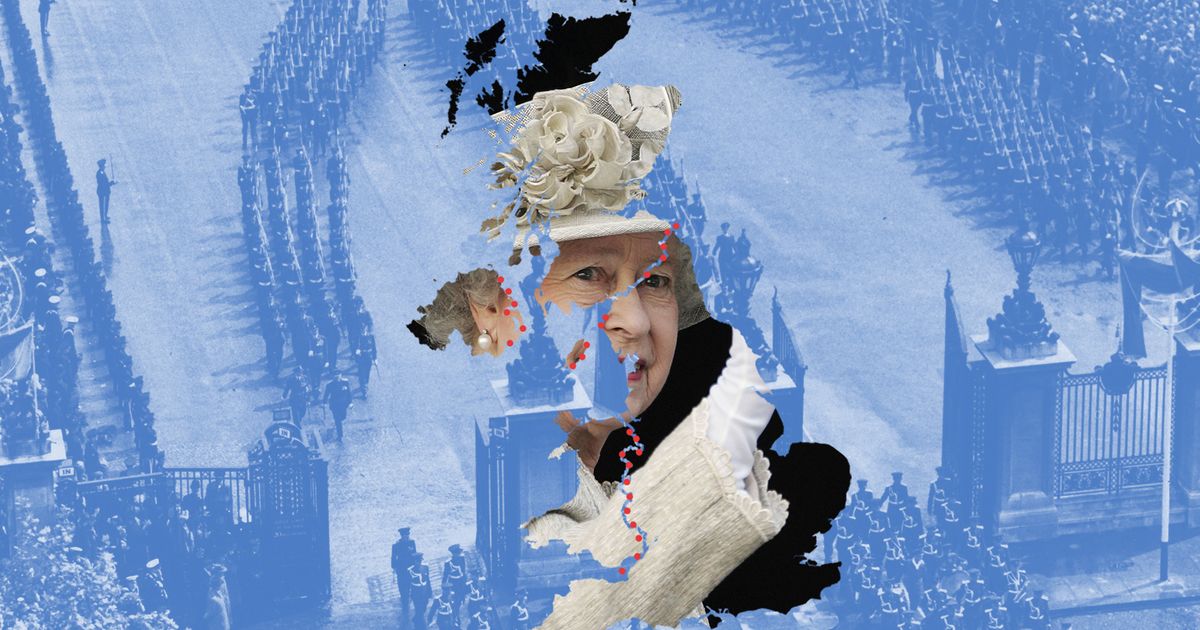 The death of Queen Elizabeth II at her beloved Balmoral closes a lengthy chapter in the history of the British Isles.

As head of state, she was a calm, reassuring presence during seven decades of huge social and political change.

Befitting her unique status, the late monarch was studiously impartial, in public at least.

However, she did twice reveal her views on the constitutional future of the country she reigned over.

In a speech to both Houses of Parliament marking her silver jubilee in 1977, the monarch said: “I cannot forget that I was crowned Queen of the United Kingdom of Great Britain and Northern Ireland.

“Perhaps this jubilee is a time to remind ourselves of the benefits which Union has conferred . . . on the inhabitants of all parts of this United Kingdom.”

And then, just days before the Scottish independence referendum in 2014, the Queen told well-wishers outside Crathie Kirk, the church she attended while staying at Balmoral, that voters should “think carefully” before making their decision.

The inference was clear – Her Majesty would rather not see the UK break up on her watch.

So we can reasonably infer that the Queen was not a fan of nationalist movements in Scotland, Wales and Northern Ireland.

The question now is whether, with her passing, the ties which have bound the four nations of the UK will loosen further.

Veteran political journalist Andrew Neil certainly thinks so. Writing in the Daily Mail, he said: “It is concerning that the Union is probably in more jeopardy now she is gone. King Charles will love Scotland just as much as the Queen. But he simply doesn’t have her authority.”

Another Scottish journalist, Alex Massie, appeared to share his countryman’s apprehension in an article in The Times yesterday.

“Everything else about [Scottish first minister Nicola Sturgeon’s] career points to her preference for a republican future for Scotland,” he said.

“Whether the country agrees with that is something to be revealed in due course. Nevertheless, Her Majesty’s death is the end of one story and might yet be seen as the starting point for another.”

The SNP’s official policy is that King Charles – assuming he is still on the throne if it happens – would automatically become head of state of an independent Scotland.

However, few doubt that were Scotland to go it alone, the calls for a referendum on ditching the Royals would eventually become impossible to ignore.

The most recent opinion polls on Scottish and Welsh independence, however, suggest that the separatist movements in both countries still have their work cut out.

A YouGov poll in May suggested 55 per cent of Scots would vote to remain in the UK, while 45 per cent would opt to leave – the same result as the 2014 referendum.

In Wales last month, the same pollsters found that 53 support the UK, while just 25 per cent would definitely vote to leave.

One constitutional expert who spoke to HuffPost UK said that King Charles III’s ascension to the throne makes little, if any, difference to the likelihood of the UK’s demise.

“A modern British monarch has never died in Scotland, so the symbolism of that is interesting,” he said.

“It means that the early optics will be Scottish – the Queen’s body will be moved from Balmoral to the Palace of Holyroodhouse in Edinburgh, and then to St Giles Cathedral in the city, before being taken to London.

“Scotland will be all over it, which will reinforce the point that she reigned over a United Kingdom. So if you’re a unionist, that’s quite useful.”

He added: “I suspect that, for the first few months of Charles’ reign at least, the bonds between the four nations will be strengthened rather than weakened.

“That being said, there will be people in Scotland and Wales who wouldn’t describe themselves as monarchists, but made an exception for the Queen, so perhaps in the longer term, her death may loosen the ties a bit.”

The constitutional integrity of the country of which he is now the head of state will no doubt be uppermost in the thoughts of the new King as his reign begins.

Like his mother before him, he will not want to be the monarch who oversaw the end of the United Kingdom.