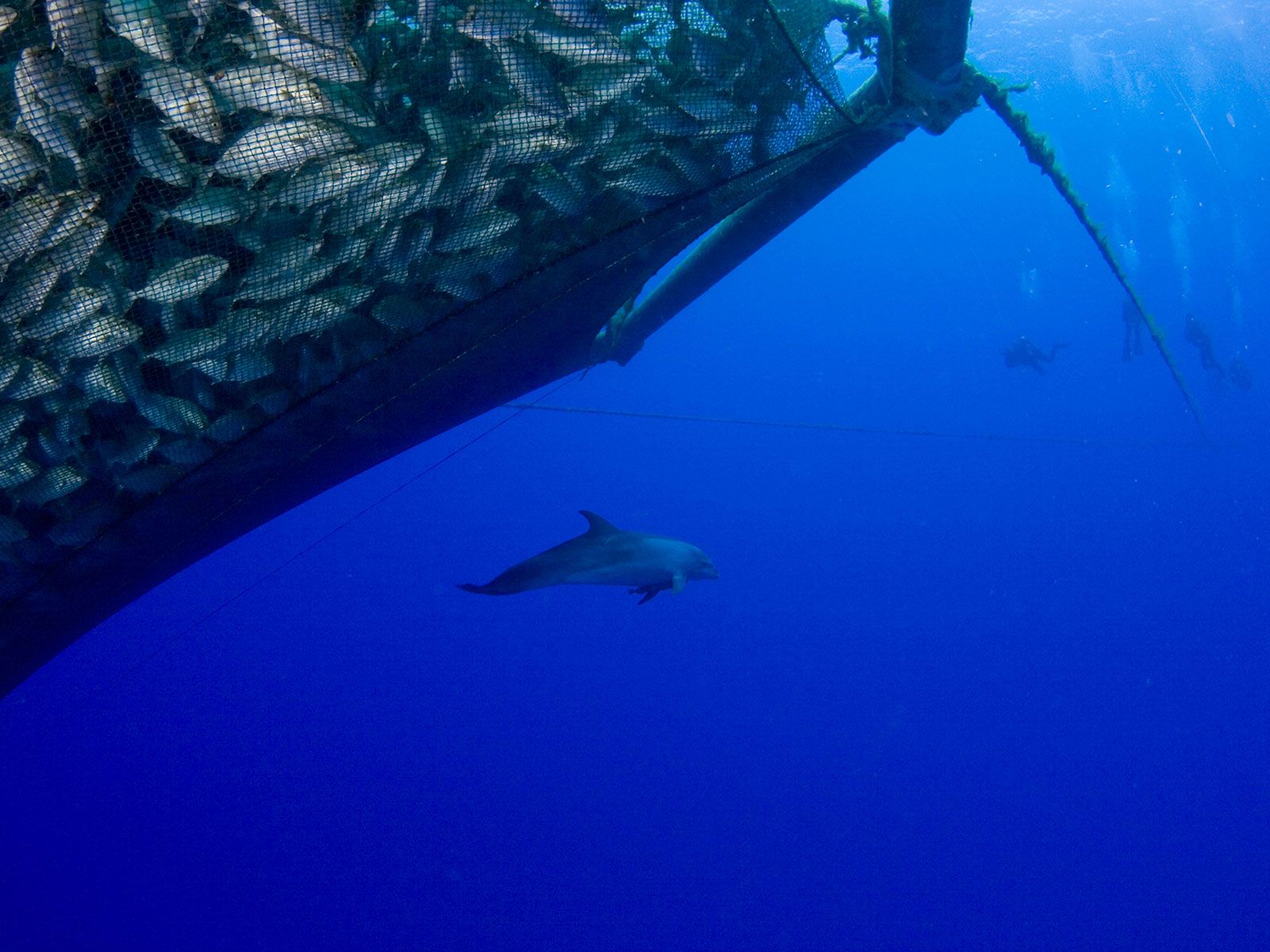 Fishers around the world are desperate for a reliable way to stop dolphins from plundering their catch. Dolphins’ net burgling—known as depredation—costs fishers income, but it also puts dolphins at risk of injury and entanglement. Proposed solutions to finally win the battle of wits, such as using noisemakers or reflective camouflage, have come up short. So researchers in Greece went back to the drawing board in search of the perfect deterrent: something so unpleasant it would ward away dolphins and keep them away. They came up with fishing nets coated with a resin laced with capsaicin, the chemical compound that gives chili peppers their signature heat.

Giving predators a spicy surprise might seem like a far-out solution, but capsaicin-based deterrents have proved successful on land with other mammals such as deer, squirrels, rabbits, and rodents. Even some insects and birds seem to dislike the substance.

Yet after five months of test fishing with capsaicin-coated nets, the research team co-led by Maria Garagouni, a marine biologist at Aristotle University of Thessaloniki in Greece, faced a tough realization: their idea didn’t work. The bottlenose dolphins that interacted with their nets were entirely unfazed.

Despite the disappointing result, Garagouni says she was wowed by how adept the dolphins were at pilfering their nets. Garagouni began collaborating with fishers to study depredation in the Aegean Sea a decade ago, and even still, the animals’ prowess surprised her. When dolphins come in for a netted meal, she explains, it’s more than a smash-and-grab job. The animals often run methodical missions into the nets until they’ve eaten their fill.

“The initial shock for me was seeing it happen in real time,” she says. The first time dolphins interacted with their hot sauce­–spiked nets, two individuals spent no more than 15 minutes tearing 217 holes in the gear.

“And then the victory laps!” Garagouni says. “The play afterwards, when there were young calves in the group—after they’d get their fill of fish—the young ones would go off and do leaps in the air, almost as if to burn off all this new fuel. If this was our livelihood, I think it would be the most infuriating element to watch. But for me, obviously, it was amazing.”

So does this mean dolphins could slurp down Da’Bomb Beyond Insanity on their way to Hot Ones glory? Aurélie Célérier, a neuroscientist at the University of Montpellier in France who specializes in marine mammal communication and was not involved in the study, says it’s too early to make that call. While it’s known that many cetaceans, including bottlenose dolphins, lack four of the five primary tastes—they can only pick up salty—spiciness is registered by a different set of sensory cells through chemesthesis. This process, which signals sensations such as pain and heat, is little studied in the species. Other toothed whales do appear to have the hardware required for capsaicin detection, notes Célérier, but there’s a lot left to learn.

There could be something else at play in the dolphins’ triumph over spice: cetacean super smarts. From corralling fish with plumes of mud to tenderizing tough prey by tossing it sky high, dolphins are known for a wide variety of intelligent feeding strategies. Their propensity to innovate, combined with the fact that they’re notoriously unfussy eaters, helps them survive, but it’s also partly what puts them into increasing conflict with fishers. The dolphins may simply have figured out a way to break into the spicy nets without making much contact.

The capsaicin coating didn’t deter dolphins, but intriguingly, it did appear to affect another animal. An unidentified predator, possibly a sea turtle, seal, or shark, tore large holes in the scientists’ plain control nets but not the spicy nets.

The research team is putting a pin in their red-hot research for now, but Garagouni hopes it will serve as a springboard for others on the quest to outwit dolphins. Even a study that fails, she says, offers helpful clues and leads to new questions.