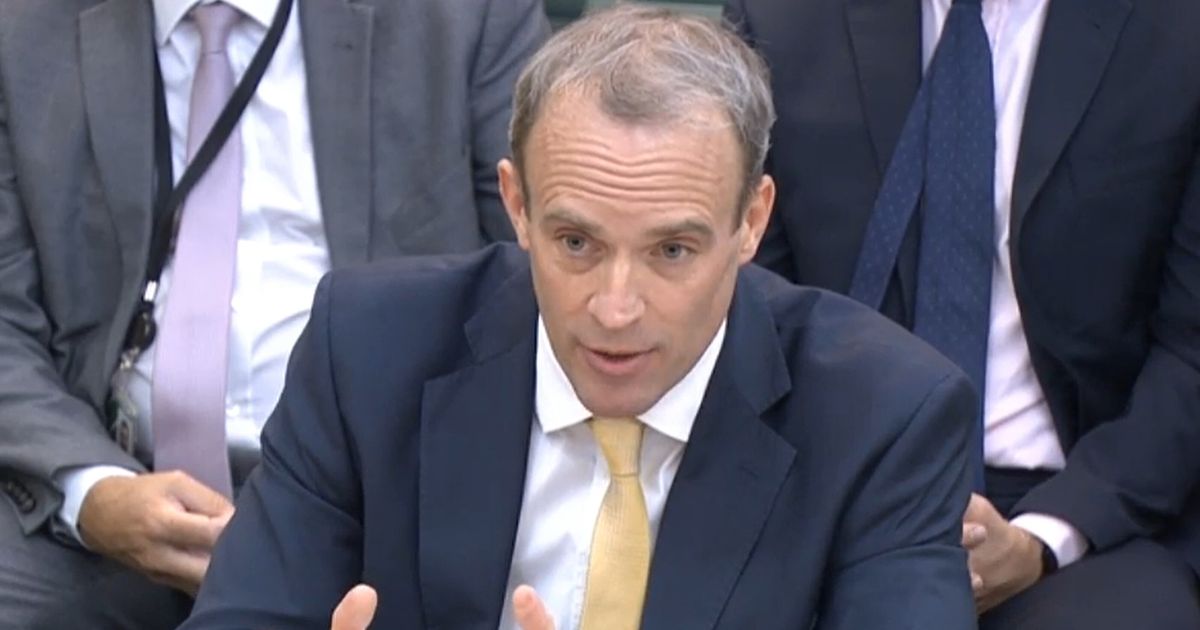 Dominic Raab refused nine times to reveal when he started his summer holiday as Afghanistan fell to the Taliban – as he accused MPs of going on a “fishing expedition”.

The foreign secretary has faced strong criticism for not returning from Crete when the situation in Afghanistan began to deteriorate and the Taliban took control of Kabul.

He has said he left to return to the UK on Sunday August 15, and that he was “working tirelessly” throughout that period despite being out of the country.

Raab faced accusations in the media of paddle boarding and swimming at the beach on the last day of his holiday.

But following his return to the UK, he described these accusations as “absolute nonsense” and argued the claims were not possible as “the sea was closed”.

As he faced questions from the foreign affairs committee on Wednesday, MPs repeatedly pressed Raab to tell them when he went on holiday – with Labour former minister Chris Bryant asking him three times, and SNP MP Stewart McDonald asking him on six occasions.

“I am not going to start adding to, frankly, the fishing expedition beyond the facts that I have articulated and the fulsome statement and having answered questions on this continuously,” Raab said of Bryant’s questioning.

The response prompted some on social media to make the same observation.

Wait, there was a fishing expedition? I thought the sea was closed!