Donald Trump Is Disappearing From The Internet 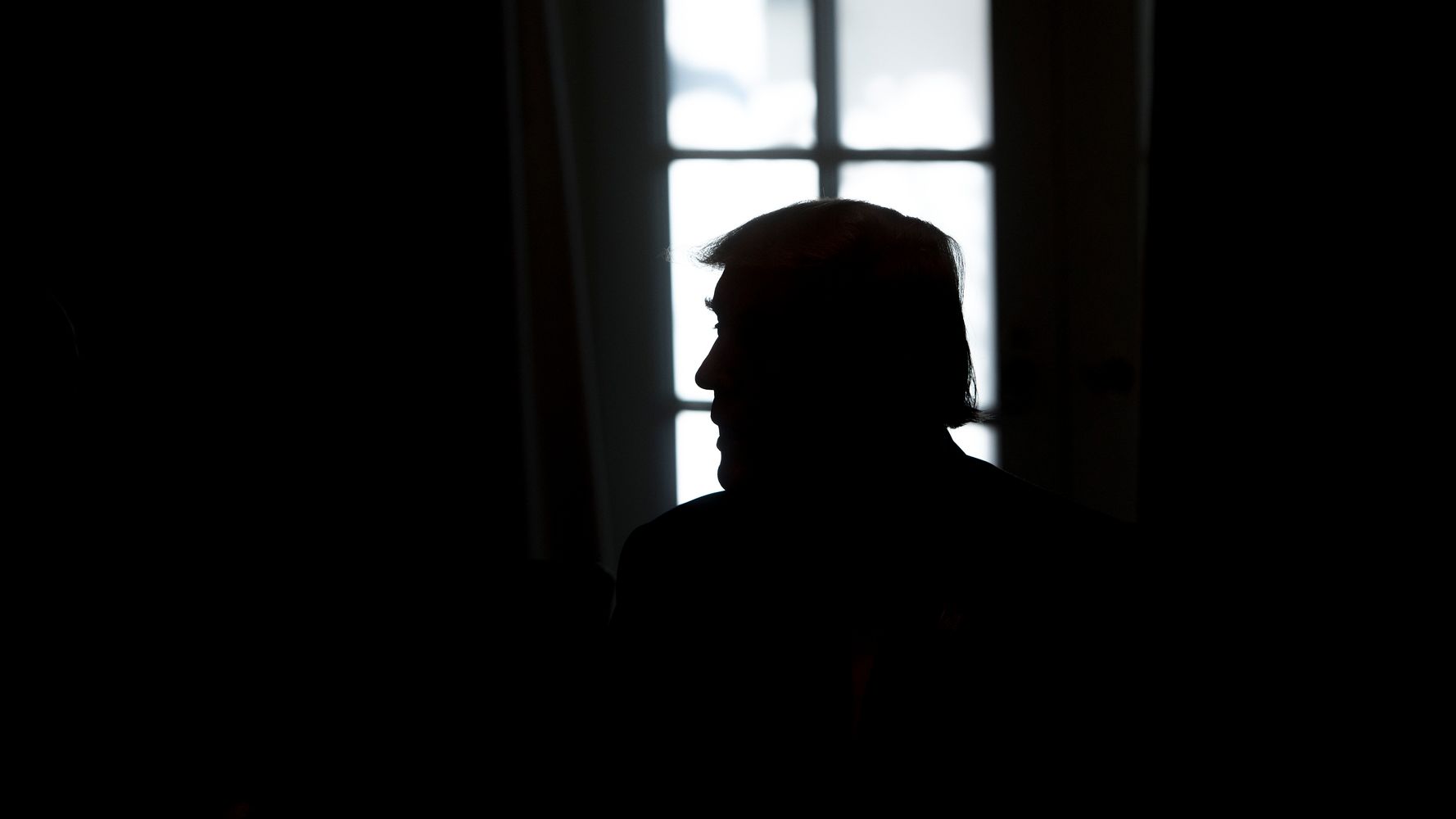 Throughout his presidency, Donald Trump has weaponized social media to spread fear, incite violence and sow disinformation without penalty. As he reimagined how a head of state could engage with an electorate, bypassing communications flacks and disregarding platformsâ€™ content rules, tech executives regularly looked the other way.

But this week â€” one of his last in office â€” Trumpâ€™s reign of impunity suddenly came to an end. Facebook, Instagram, Twitter, Snapchat, Twitch and Shopify all barred him from using their services, at least temporarily.Â Itâ€™s unclear how long heâ€™ll remain offline; his access to most of the platforms is restricted indefinitely. He has returned to Twitter following an unprecedented 12-hour suspension to finally concede defeat, but if he breaks the rules again, Twitter warned, heâ€™ll be gone for good.

On Wednesday, the day of President-elect Joe Bidenâ€™s congressional confirmation, Trump supporters stormed the Capitol, violently clashing with police and forcing their way inside. Radicalized into believing their mad kingâ€™s false and tireless claim that the election was â€œstolenâ€ from him, the mob smashed windows, scaled walls, ransacked legislatorsâ€™ offices, set up gallows and waved Confederate flags while hunting for members of Congress, who sheltered in place. Five people died, including a law enforcement officer who was reportedly bludgeoned in the head with a fire extinguisher.

Trump posted a video to Facebook, Twitter and YouTube amid the chaos in which he urged peace while simultaneously repeating his conspiracy theory of electoral fraud.

â€œGo home, we love you, youâ€™re very special,â€ he told the rioters, later adding: â€œThese are the things and events that happen when a sacred landslide election victory is so unceremoniously & viciously stripped away from great patriots who have been badly & unfairly treated for so long.â€

Inside Silicon Valley, Trumpâ€™s sanction of violence was the final straw.

â€œThe shocking events of the last 24 hours clearly demonstrate that President Donald Trump intends to use his remaining time in office to undermine the peaceful and lawful transition of power to his elected successor,â€ Facebook CEO Mark Zuckerberg said in a post Thursday morning, upon announcing an indefinite block on Trumpâ€™s account.

Twitch, the online video streaming platform which also hit Trump with an indefinite suspension, issued a statement using the same term to describe the violence: â€œshocking.â€

But the desecration of the Capitol was hardly shocking to anyone who has paid attention to Trumpâ€™s reelection playbook. It was the culmination of hate, polarization and delusion that he has openly fomented on social media for years â€” and to an extraordinary degree since his loss in November â€” with minimal moderation.

For months online, the presidentâ€™s stream of unfounded and debunked conspiracy theories about voter fraud and his calls to â€œstop the stealâ€ have seeded outrage in his army of â€œpatriotsâ€ across the country, mobilizing them in a deeply misguided quest for justice. Wednesdayâ€™s violence was the boiling point, and it was a long time coming.

For social media CEOs to act surprised is risibly disingenuous.Â Insurrectionists had openly plotted online to occupy the Capitol in Trumpâ€™s honor, without interference from the platforms they used.Â Facebook has since introduced policies toÂ remove posts encouraging further turmoil;Â Reddit on Friday banned r/donaldtrump, an unofficial pro-Trump subreddit, for inciting violence.

These reactive steps, while positive, are too little, too late. Extremism experts have long warned that the falsehoods and fearmongering propaganda Trump freely spews on his social channels pose real-world dangers. They rang alarm bells last spring when he used Twitter and Facebook to condone the shooting of racial justice protesters. Neither platform took action against Trumpâ€™s account at the time or even removed the offending message despite pleas from their own employees to do so; Twitter simply appended a label noting that it was â€œglorifying violence.â€

Such labels have provoked Trumpâ€™s ire in the past, on the rare occasions in which social media companies have moderated his content. He has raged online against Big Techâ€™s supposed anti-conservative bias, launched scathing ads to fundraise off his imagined battle of â€œliberal Silicon Valley versus America,â€ and signed an executive order to repeal Section 230 of the Communications Decency Act, which grants online intermediaries special legal protections.

For years, these tantrums seemed to be an effective strategy to sustain his online presence, despite his repeated violations of tech giantsâ€™ policies. Their removals and fact-checks of even his most egregious posts have been tepid to nonexistent â€” until now.

To be sure, deplatforming a sitting president sets a sobering precedent with serious implications for free speech. By Thursday, though, as Americans grappled with the reality of the Capitol assault â€” and Trumpâ€™s role in instigating the bloodshed from behind a screen, in a flailing effort to hold onto power â€” a bipartisan chorus of voices was calling for him to be irrevocably banned across social media.

â€œAt this point, anything short of permanently deplatforming him is willfully negligent â€• he will continue using his accounts to wreak havoc at scale if given the opportunity,â€ Accountable Tech co-founder Jesse Lehrich said in a statement shared with HuffPost, noting the nonprofit â€œdoesnâ€™t take censorship lightlyâ€ and pushes â€œfor more nuanced approaches than takedowns and bans.â€

Many have applauded the companies that silenced Trump this week. Of course, these firms chose to do so only at a time when his wrath no longer poses much of a threat to them; Democrats have secured control of the Senate and Biden will soon be in power.

Meanwhile, inside YouTube, which took down Trumpâ€™s message to rioters but not his account, employees are furious:Â â€œWe warned our executives about this danger,â€ unionizing workers at Alphabet, which owns YouTube, said in a statement.Â â€œYouTube refuses to hold Donald Trump accountable to the platformâ€™s own rules by choosing only to remove one video instead of removing him from the platform entirely.â€

Post-presidency, Trumpâ€™s influence will be inextricably linked to social media. He birthed the â€œMake America Great Againâ€ movement online, and for years, his social platforms have been his direct line to the people â€” one he has relentlessly exploited to foster a version of reality that advances his interests. And while Fox and other right-wing news networks will save a space for Trump on their airwaves, his relevance will inevitably dwindle without his digital soapbox or quick access to the enormous audience he has amassed on mainstream platforms. His longtime GOP allies are already abandoning him in droves.

Once he leaves the White House, the â€œtroll in chiefâ€ will just be a troll.Â Even so, the societal fractures he has fueled on social media will long outlast his tenure. Thereâ€™s no easy fix to undo the seething distrust and hostility Trump has bred online â€” toward the media (or in his words, the â€œenemy of the peopleâ€), government institutions, science, immigrants, foreign nations, the incoming administration â€” or the belief heâ€™s instilled in the minds of so many that his defeat amounts to the downfall of democracy.

As his supporters chanted while they laid siege to the Capitol, â€œThis is just the beginning.â€