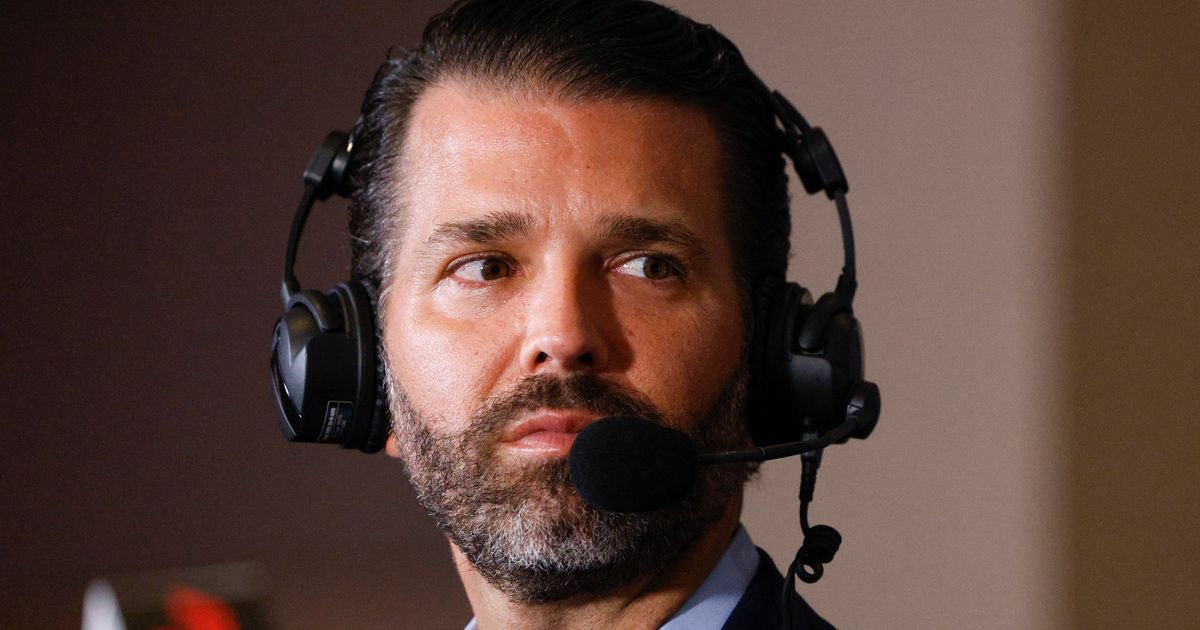 Donald Trump Jr. blasted the release of “awful” WNBA “America Hating” Brittney Griner in a Truth Social post Thursday shortly after the basketball star was freed from a Russian prison.

The same man who supported overthrowing a presidential election labeled 32-year-old Griner — who is Black and gay — as “America hating” apparently for exercising her First Amendment right to protest by joining calls for racial justice in the U.S. — without the violence of the Jan. 6, 2021, insurrection.

After the 2020 police killings of George Floyd and Breonna Taylor, Griner — who plays for the Phoenix Mercury — joined many professional athletes in calling attention to the killings by refusing to stand for the national anthem before games, and calling for the anthem not to be played at all.

Trump Jr. was parroting his dad with his ugly post.

Donald Trump, who is being investigated for his role in the deadly Jan. 6 insurrection, also ripped Griner in a Truth Social post Thursday as a “basketball player who openly hates our Country.”

Many Republicans and other right-wingers were falling in step to complain about Griner and her release.

Griner, a two-time Olympic gold medalist, was arrested 10 months ago at a Moscow airport for possession of vape cartridges, which the hoop star said she had inadvertently packed. Griner had traveled to Russia during the WNBA off-season to play in a professional league there.

In August, a Russian court found her guilty of drug smuggling with criminal intent. She was sentenced to nine years in prison.

Griner was released as part of prisoner swap that freed Viktor Bout, a notorious Russian arms dealer known as the “Merchant of Death,” who was imprisoned in the United States.

Paul Whelan, a former U.S. Marine who is being held in Russia, was not part of the deal that resulted in Griner’s release, despite reported attempts by the Biden administrations to make him part of the exchange.

Whelan, 52, has been in custody on espionage charges, which he has denied, and was sentenced to 16 years in prison in 2020.

Whelan’s family is “devastated” he’s still in Russia, but, unlike the Trumps, they’re happy for Griner and her family.

“I am so glad that Brittney Griner is on her way home,” Whelan’s brother, David, said in a statement to CNN.

“As the family member of a Russian hostage, I can literally only imagine the joy she will have, being reunited with her loved ones, and in time for the holidays,” Whelan added.

“The Biden administration made the right decision to bring Ms. Griner home, and to make the deal that was possible, rather than waiting for one that wasn’t going to happen,” he said.