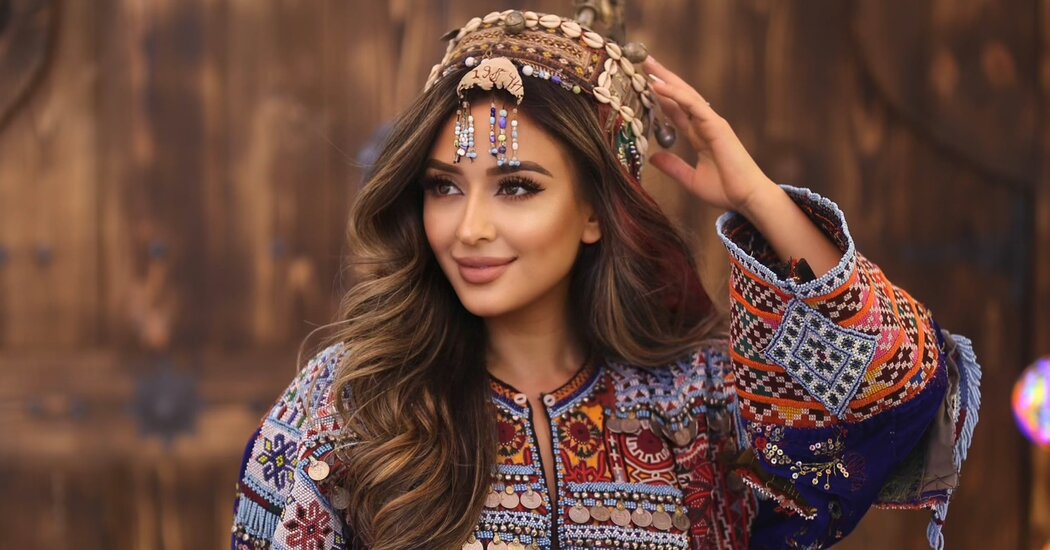 This summer, Bahar Jalali watched anxiously as the United States withdrew its military from Afghanistan and the Taliban began to reassert control over the country. Women were told to stay home and to cover themselves — an early indicator that other rights, protections and services for women would soon be eliminated, including, this week, the right to attend Kabul University.

Ms. Jalali, a visiting associate professor at Loyola University Maryland, is a member of the Afghan diaspora — born in Kabul, raised in the United States, but connected still to her home country, where she returned in 2009 to teach at the American University of Afghanistan. She left again in 2016 after surviving a violent attack at the university by the Taliban.

When reports surfaced this summer that, with the Taliban takeover, Afghan women were shredding their education degrees and that safe houses for women were closing their doors, she was distraught.

Then, on Sept. 11, she saw images of hundreds of women in Kabul wearing all black in full veils and long robes in a pro-Taliban demonstration. (The timing of the demonstration — on the anniversary of the 9/11 terrorist attacks — along with the presence of Taliban fighters and official Taliban statements released afterward suggest that the demonstration was organized by the Taliban.)

“It confirmed my fears that our culture, our heritage is coming under attack,” Ms. Jalali, 46, said in a phone interview. “One of the biggest concerns that I have, now that the Taliban are back in power, is Afghan sovereignty, Afghan identity, Afghan culture, Afghan heritage. Even before the Taliban came to power, 43 years of war really transformed our culture to the point where very important aspects of it are lost.”

Compelled to speak out, she tweeted a photo of herself from 2005, wearing an emerald green dress with delicate embroidery — a traditional outfit that she wore for her first wedding. “This is Afghan culture,” she wrote in the caption.

The tweet went viral, and soon, women across the world started sharing photos of themselves in their own traditional Afghan clothing, often with the hashtag #DoNotTouchMyClothes.

Ms. Jalali shared another photo, of her as a teenager in the United States in the 1990s, wearing a blue-and-gold Afghan kuchi, “a dress that the nomads of Afghanistan wore,” she said. “Kuchi women wear this dress on a daily basis. It is their everyday attire.”

Ms. Jalali wasn’t expecting her tweets to go viral, but she now hopes that the hashtag can teach the world more about Afghan culture. “I’m just hoping that the world will see through these dresses that the real Afghan culture is colorful and vibrant and alive and animated and really meant to celebrate life,” she said.

Zarifa Ghafari, an activist who became one of Afghanistan’s first female mayors at age 26 in 2019 and had to flee the country in August, shared a photo on Twitter of the vibrant Afghan clothing she wore earlier this month for the Geneva PeaceTalks. “With my traditional colorful dress and a powerful msg from every part of my country representing Afghanistan in particular Afghan women at #GenevaPeaceTalks,” she wrote.

“It is important to create awareness and to show the true colors of women in Afghanistan,” Ms. Ghafari wrote later, in an emailed statement. “Taliban are trying to erase women’s presence — erase them from the walls, from the streets, from schools, from work, from government.”

“We are so much more than a dress, an outfit,” she wrote. But “my mother, grand-mother and older generations have worn similar dresses with bright colors. This is our beautiful heritage, our rich culture, our joy of life.”

Sophia Moruwat, 25, a dialogue coordinator in Norway who lived in Afghanistan until 2002, also participated. “This is how Afghan women dress,” she wrote in a tweet accompanying a photo of herself in a bright yellow Afghan kuchi and handmade jewelry, fashioned from melted glass and coins.

In an interview, Ms. Moruwat noted that the term for Afghan traditional clothing is “gand.”

“My gand is my Afghan identity,” she said. “It’s one thing among many that symbolizes being an Afghan. My gand is what has had me stay connected to my country and my culture the past 20 years we’ve been away from our homeland.”

“Seeing the image of women covered from head to toe brought a fire to the already existing fear within me,” Ms. Moruwat said. “This was a step towards erasing women from society once again.”

In the 1990s, during the first Taliban rule, Afghan women’s access to education, work and health care were severely restricted. Burqa coverings were mandatory, women weren’t allowed to be seen in public without men, and almost all female education was banned.

Since the Taliban seized power in August, they have tried to appear more flexible. Still, while schools have reopened for male students, a date for the return of female students has not been announced. In addition to requiring that women wear a hijab in schools, female students will not be allowed to study alongside male students, the Taliban’s higher education minister, Abdul Baqi Haqqani, announced earlier this month.

“It’s alarming to me because I feel like women will no longer have a role in society, and we’d lose all the progress we’ve made over the last 20 years since we took back control from the Taliban,” said Marjan Yahia, 28, who was born in Kabul and moved to Canada when she was 6.

Ms. Yahia, now a part-time makeup artist and student in Virginia, also joined the social media campaign with an Instagram post that showed her wearing an ornate kuchi with coins and mirrors sewn into it.

It was a gift from her father, who bought it for her during a visit to Afghanistan, Ms. Yahia said. “The dress is special to me because it symbolizes freedom,” she said. “Before the Taliban took rule in Afghanistan, women had the freedom to express themselves through clothing, and it’s sad to see the freedom be taken away from them.” 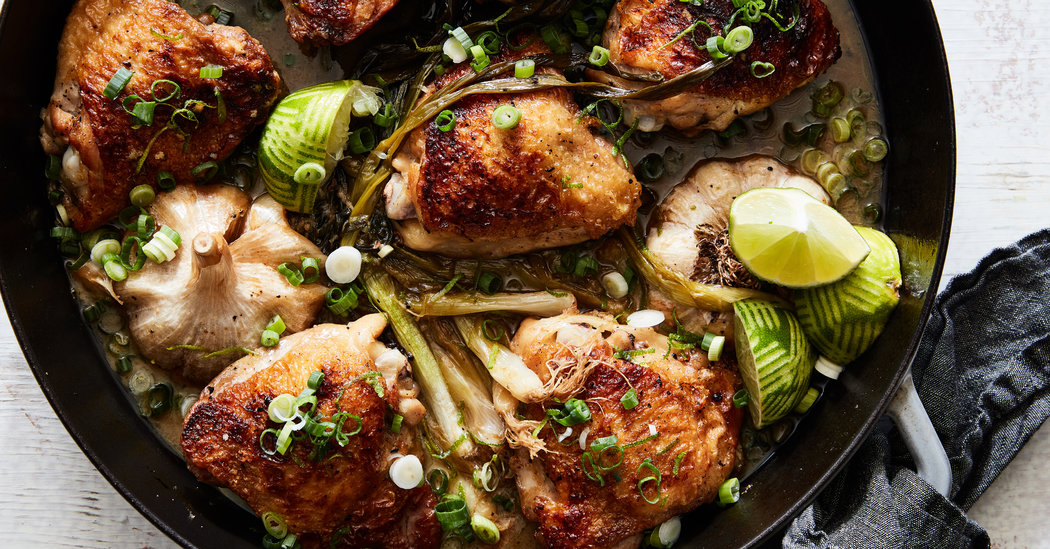 Food That’s Worth Waiting For 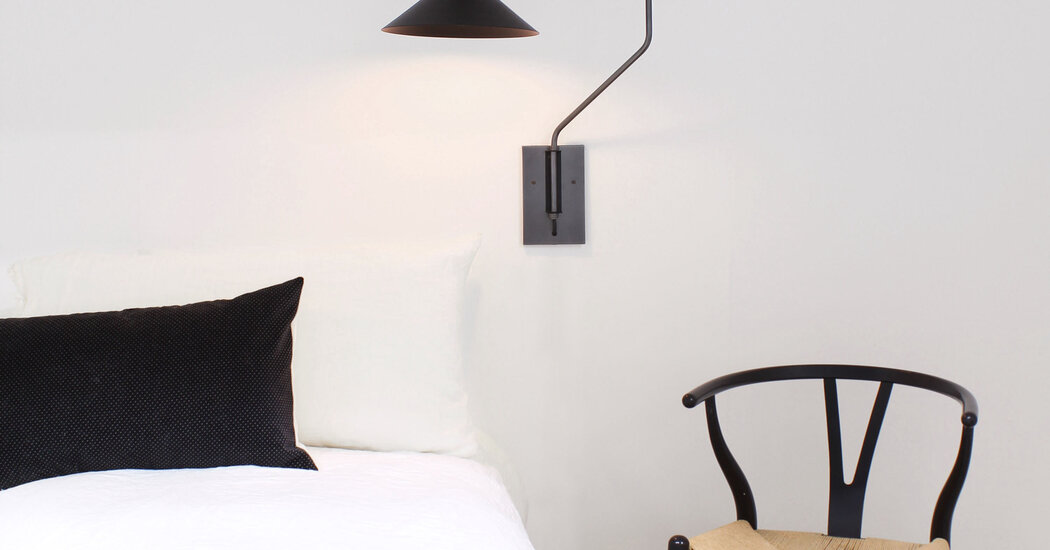 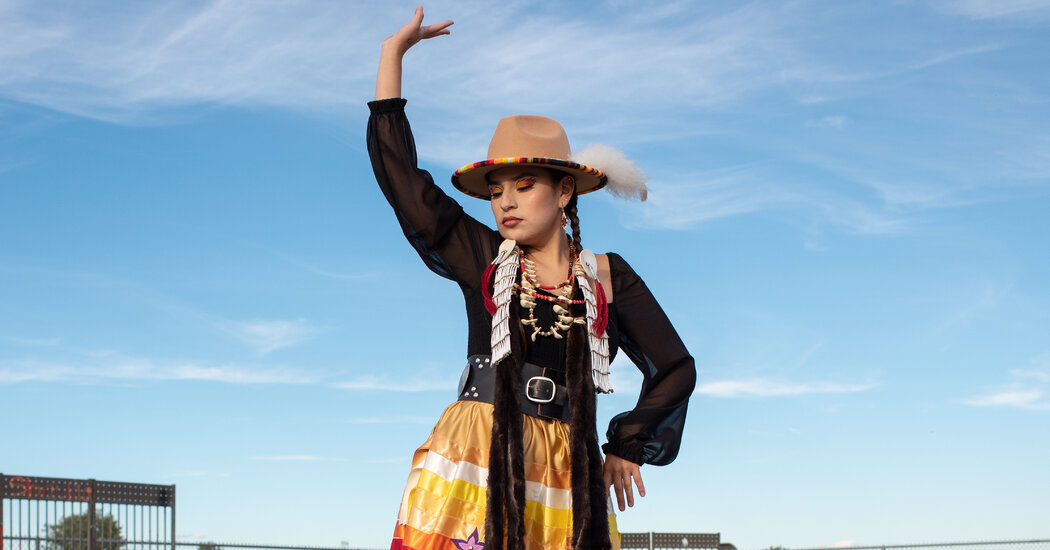