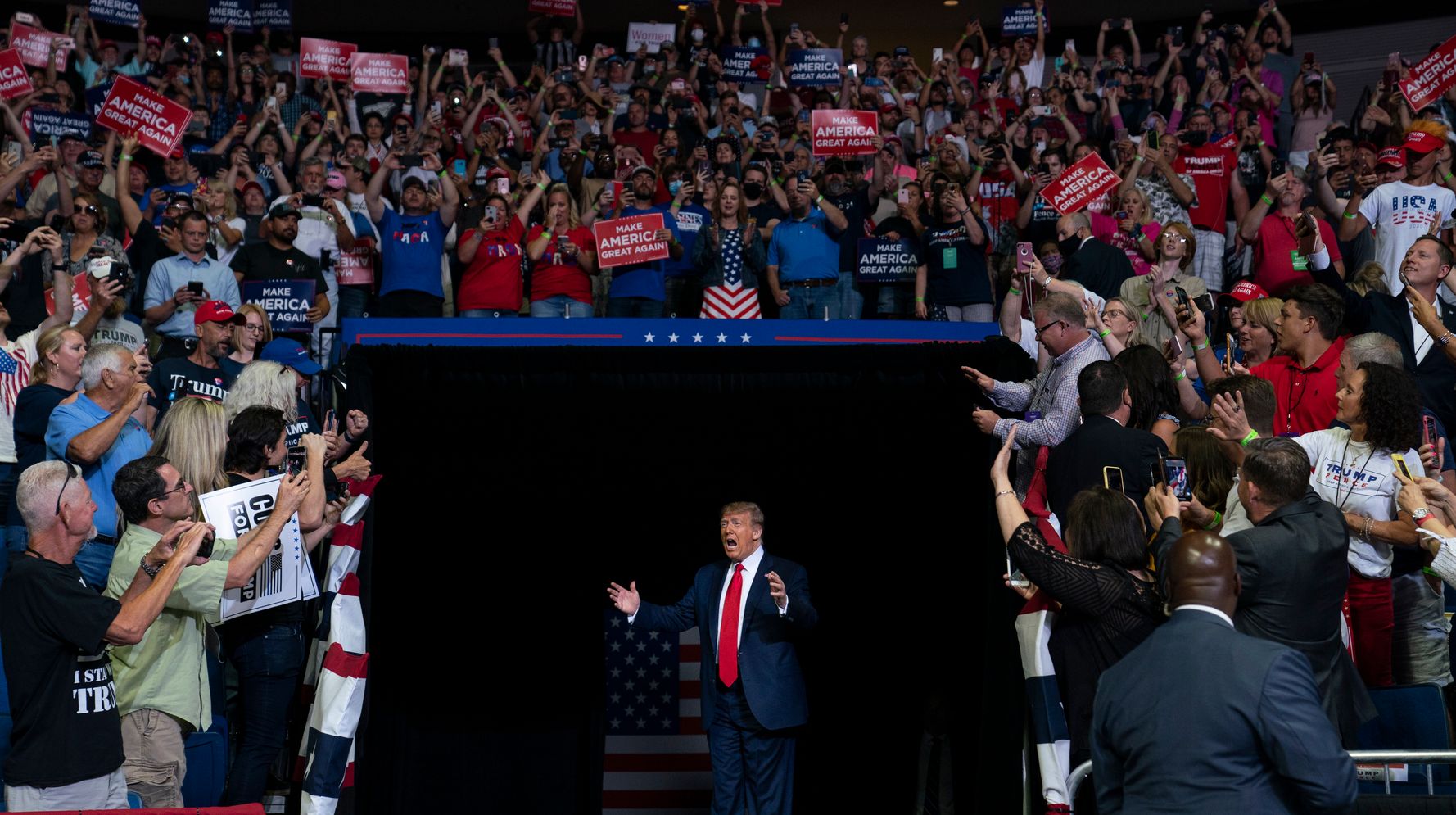 Dozens of Secret Service agents have been instructed to self-quarantine after two officers who attended President Donald Trumpâ€™s rally in Tulsa, Oklahoma, on Saturday tested positive for the coronavirus, The Washington PostÂ and CNN reported.

The Secret Service told agents who worked at the Tulsa campaign event to stay home for 14 days following the weekend trip, two sources familiar with the decision told The Washington Post, which first reported the news.

The Secret Service field office in Tulsa also reportedly arranged for a special testing session at a hospital to determine if local agents contracted the virus while working during the event, two other sources told the Post. The agency declined to confirm how many employees had tested positive or were quarantined.

â€œThe U.S. Secret Service remains prepared and staffed to fulfill all of the various duties as required,â€ an agency spokesperson told the Post in a statement.

The Secret Service did not immediately respond to HuffPostâ€™s request for comment.

The news comes amid already heightened scrutiny of the large indoor event, which Trump forged ahead with in the face of objections from public health officials who warned it risked setting off a new surge of infections. On the day of the event, the Trump campaign discovered thatÂ six staffers working on the rally had tested positive for the coronavirus; two were reportedly Secret Service members. On Monday, the campaign announced two staffers who attended the rally also tested positive.

In an acknowledgment of health concerns prior to the event, the Trump campaign required people registering online to agree to a legal disclaimer that released it from liability if attendees contracted COVID-19 there.

The turnout at the event ultimately fell far short of the Trump campaignâ€™s expectations. After the team boasted of 1 million ticket registrations, local officials estimated roughly 6,200 people actually attended the rally at the 19,200-capacity BOK Center. Still, with attendees not required to wear masks and social distancing not enforced, health consequences from the event have been closely watched.

The Tulsa Department of Health, which had warned of a rising case count before the rally, reported a record spike of 259 new cases on Wednesday. Health officials say itâ€™s too soon to link any increase in infections to the Trump event,Â The Associated Press reported.