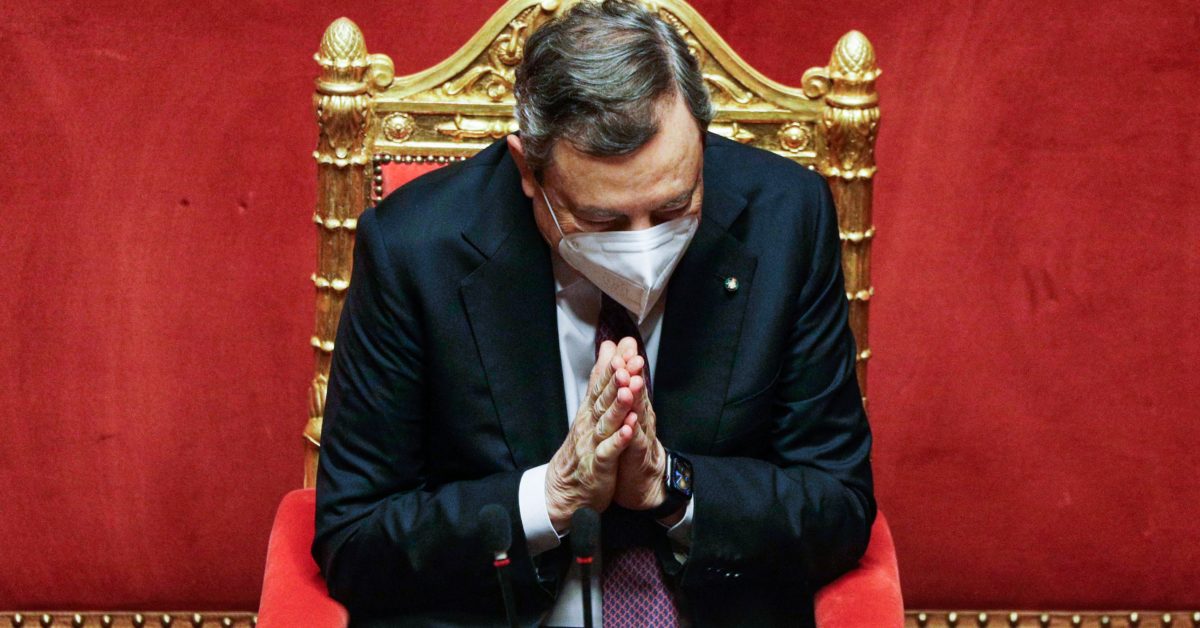 The U.S. in recent weeks has been warning European allies that a Russian troop buildup along its Ukrainian border may be a prelude to an invasion, perhaps similar to Moscowâ€™s 2014 annexation of Ukraineâ€™s Crimean Peninsula. The U.S., EU and G7 nations have all warned Russia of severe consequences if it takes such a step.

â€œThe fact that there was this call, the fact that Putin sought out Biden by phone shows that he wants to be part of the decision-making process,â€ Draghi told the lower house of the Italian parliament. â€œThis is not the behavior of someone who is disengaging and is ready for action. It is the behavior of someone who wants to explore all the possibilities of diplomacy to reach a balanced solution.â€

Moscow has denied any intention to invade, arguing it is merely responding to provocations such as the acquisition of weapons by Ukraine and military maneuvers by the U.S. in the Black Sea. Putin has demanded guarantees that the NATO military alliance will not expand further eastward, including into Ukraine, and that weapons systems posing a threat to Russia will not be deployed close to its borders.

Draghi said Western allies should follow a â€œpolicy of engagementâ€ with Russia, a point he said he conveyed to Biden last week during a phone call on Ukraine with other leaders. Draghi added that EU leaders should jointly call on Russia to de-escalate when they gather Thursday for a summit.

Draghi has engaged with Putin regularly since becoming prime minister in February, with the two speaking by phone four times since August. On Tuesday, Draghi also spoke to Ukrainian President Volodymyr Zelenskiy about the standoff.