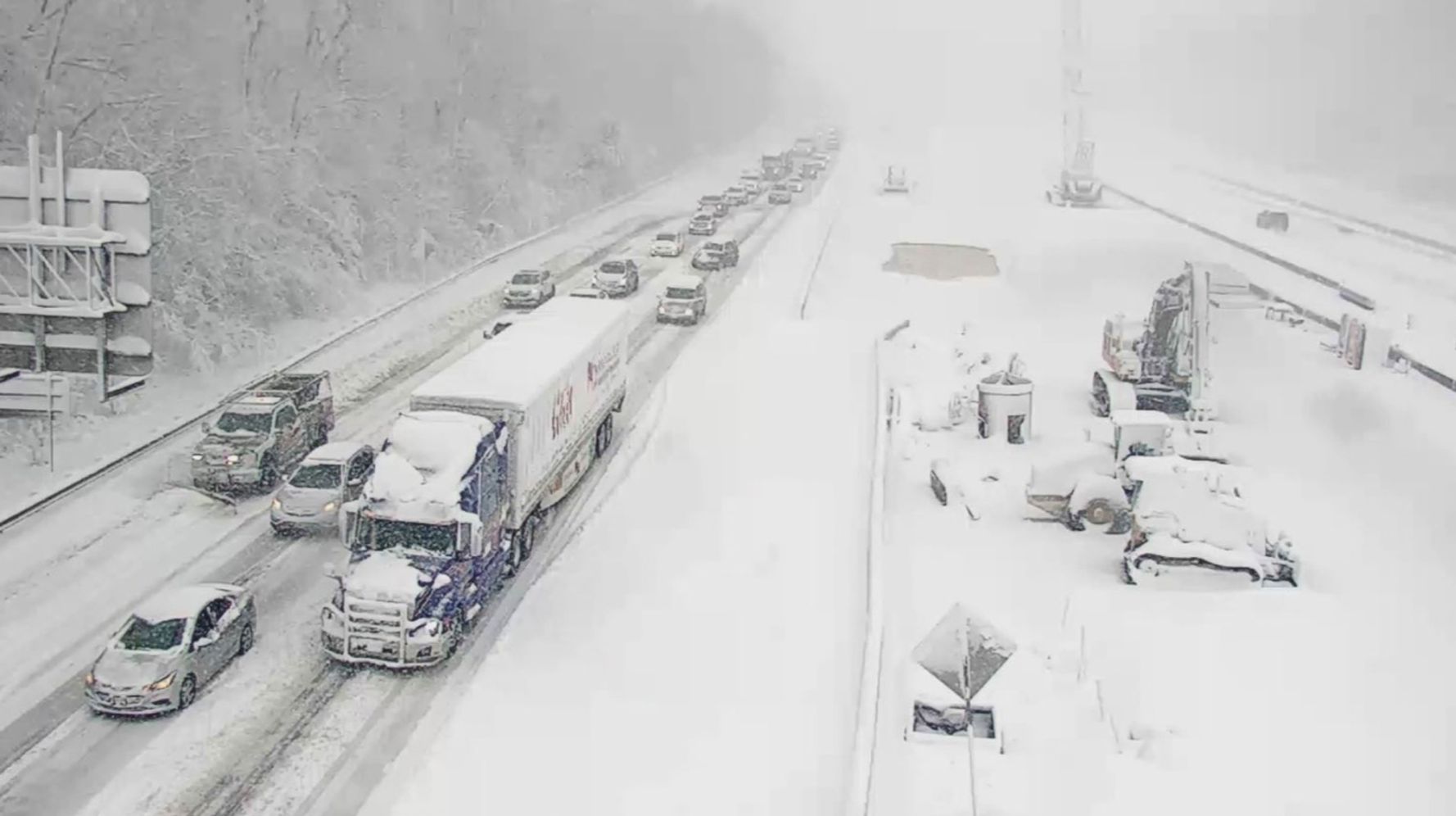 Hundreds of vehicles were trapped overnight in Virginia on icy Interstate 95, in some cases for more than 20 hours according to some drivers, following a vehicle crash that shut down 50 miles of the roadway near Fredericksburg amid heavy winter snowfall.

The massive logjam follows more than a foot of snow falling in the region just south of Washington, D.C., on Monday morning. Multiple crashes were reported after along the interstate, including several tractor trailers that became stuck, officials with the Virginia Department of Transportation (VDOT) said.

Drivers, trapped with nowhere to go, have shared photos and videos from the road with frustration at the extreme conditions.

â€œThere is absolutely no sign that this is going to change anytime soon. This is a complete parking lot on I-95 and the road is nothing but ice,â€ Jim DeFede, a reporter with CBS News in Miami, said in a video posted to Twitter late Tuesday morning.

With temperatures continuously below freezing, DeFede said he takes turns running his carâ€™s engine for about an hour to stay warm and then turning it off to conserve the half-tank of gas he has left.

â€œIâ€™m not sure but I think I now qualify for Virginia residency,â€ DeFede joked in an earlier post that showed vehicles with icicles parked around him.

Good morning from I95 in Virginia where I have been trapped in my car for more than 20 hours.
Iâ€™m not sure but I think I now qualify for Virginia residency. pic.twitter.com/yQsD4znPRG

Among those trapped on the roadway was Sen. Tim Kaine (D-Va.), who shared a photo from the interstate Tuesday, where he said he has sat for 19 hours.

â€œMy office is in touch with @VaDOT to see how we can help other Virginians in this situation. Please stay safe everyone,â€ he tweeted.

Josh Lederman, a correspondent for NBC News who reported from his car with his dog on the interstate before being helped off the highway late Tuesday morning, said he saw people collecting snow to melt for water and children playing on the side of the road.

â€œYou donâ€™t expect to be making calculations about, all right, do I have enough water to get me through before I get into a kind of trouble situation? Do I have enough gas in my car thatâ€™s sitting idle on this highway, it can stay running overnight to keep me warm?â€ he said in a later broadcast from his home. â€œThatâ€™s why there are some really serious questions that people are raising today about the response from transportation authorities in Virginia and why they werenâ€™t able to get people off the road faster.â€

Transportation officials said they are working around the clock to take people off the interstate at the nearest interchange available to them. Additional resources from across the state have also been deployed to remove debris and treat the roads.

Authorities have asked that drivers with a medical or life-threatening emergency dial 911 and provide a description of their vehicle and the nearest mile marker.