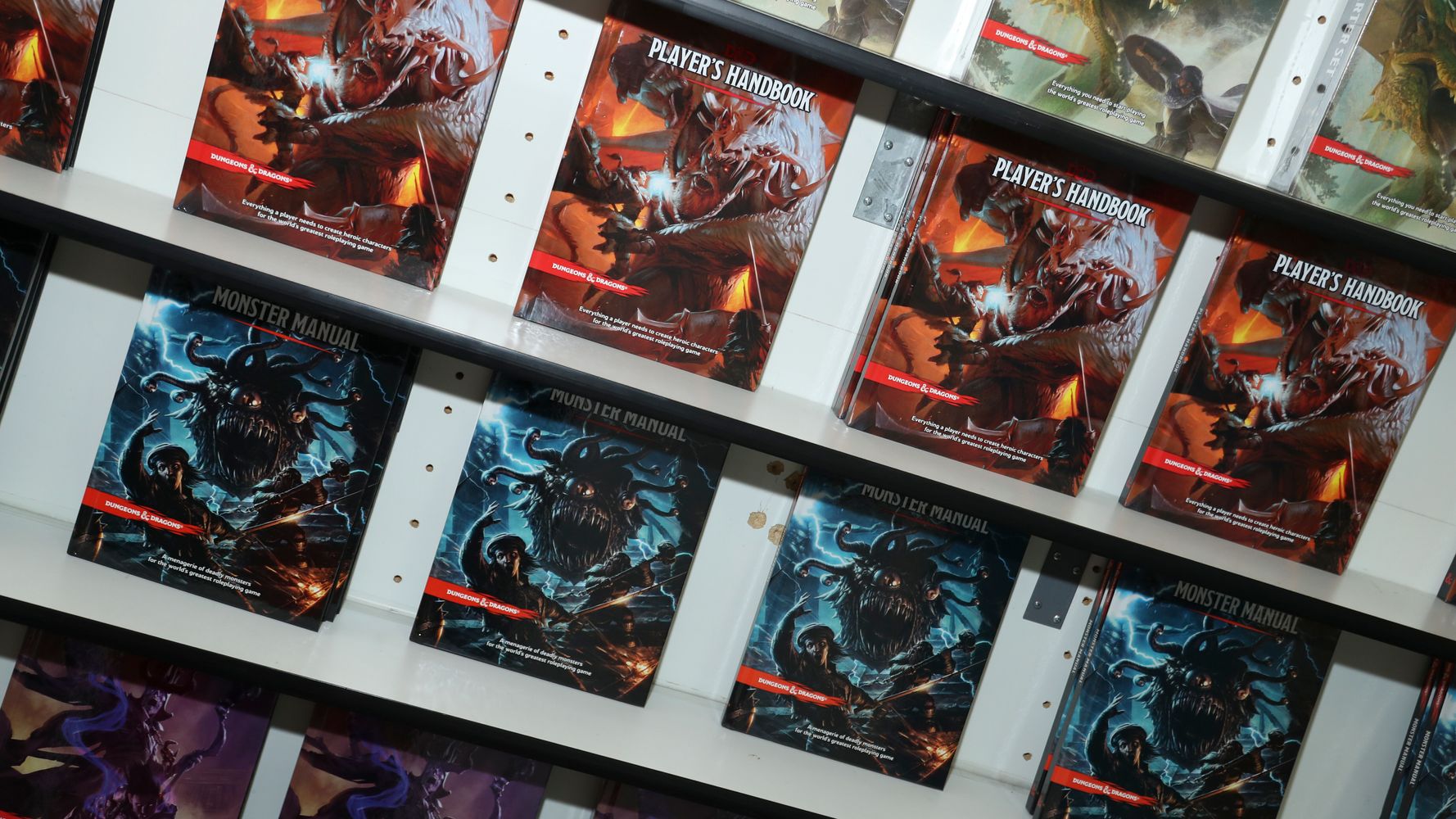 Wizards of the CoastÂ â€” the company behind the self-proclaimed â€œworldâ€™s greatest role-playing game,â€ â€œDungeons & Dragonsâ€ â€” has committed to stressing diversity and removing racially problematic language from its product line, and fans are holding the company to account for its promises.

â€œDungeons & Dragons,â€ commonly known as D&D, is a game in which a group of players creates characters, rolls dice and navigates a story overseen by a Dungeon Master. Originally created in 1974, the game issued a fifth edition in 2014 that became its most popular, especially after livestreaming platforms such as Twitch and shows such as Netflixâ€™s â€œStranger Thingsâ€ introduced D&D to new audiences.

The gameâ€™s newfound popularity, however, has also invited critiques. Critics have pointed out that when creating a character, D&D players must choose a â€œraceâ€ â€” such as an elf, dwarf or gnome â€” and that this usage of the word is technically a misnomer.

â€œâ€˜Racesâ€™ in D&D are fundamentally different than our concept ofÂ â€˜racesâ€™Â in the real world,â€ medievalist Paul B. SturtevantÂ told HuffPost.Â â€œIn D&D,Â races are based in deep biological differences, whereas we know that in the real world,Â race is a social construct based upon arbitrary and superficial differences. Using the word â€˜raceâ€™ in the game where they really mean something more like â€˜speciesâ€™ promotesÂ racist ideas.â€Â

In a 2017 article, Sturtevant wrote that D&Dâ€™s idea of â€œraceâ€Â is a holdover from â€œThe Lord of the Ringsâ€ and author J.R.R. Tolkien, who â€œconflat[ed] race, culture and ability.â€Â

In his novel, Tolkien outlined â€œthe â€˜racialâ€™ characteristics of men, of dwarves, of elves, of orcs,â€ Sturtevant wrote, adding that Tolkien â€œcreated the blueprint for the troubling relationship between race and fantasy that would govern twentieth-century fantasies.â€

This blueprint has been dissected by academics such as Helen Young of Australiaâ€™s Deakin University, who writes about fantasy and race.Â In a 2017 interview with Pacific Standard, Young argued that Tolkienâ€™s idea of race as a hard reality rather than a social construct was inherently racist, and while Tolkien may not have harbored extremist views personally, his work was filled with examples of â€œgoodâ€ races with European cultural traits and â€œbadâ€ races described through â€œorientalist stereotypes.â€

Elves, for instance, are described as good and often depicted as white, except for a subset of the species known as â€œdrow,â€ who are ebony-skinned, â€œmore often evil than notâ€ and occasionally called â€œdark elves.â€

Half-orcs are similarly described as having â€œa tendency towards chaosâ€Â and â€œthe most accomplished half-orcs are those with enough self-control to get by in a civilized land.â€Â

In April, â€œorcsâ€ began trending on social media after D&D players analyzed game guidelines to play as a full-blooded orc. They pointed out that the language describing orcs was laden with biological essentialismÂ â€” the idea that certain traits are innate and unchangeable â€” and pointed to rules that gave orc characters lower intelligence, as well as sentences that said orcs could potentially be â€œdomesticatedâ€ but would always have â€œblood lust flow[ing] just beneath the surface.â€Â

James Mendez Hodes, a game designer and cultural consultant, wrote a comprehensive analysis of such language on his website. He pointed out thatÂ Tolkien, widely acknowledged as the creator of orcs, had initially described orcs in letters as â€œdegraded and repulsive versions of the (to Europeans) least lovely Mongol-types.â€

Subsequent fantasy media such as D&D have since described orcs with the same language used to denigrate nonwhite peoples of the real world, specifically those of Asian or Black ethnicity.Â

I’m in genuine awe that this shit came out for THIS edition of D&D holy shit pic.twitter.com/RcAGY73BzZ

In aÂ statement issued last week, Wizards of the Coast specifically addressed these concerns. The company said it would downplay biological essentialism in future releases and would also emphasize diverse hiring. The company added that one of its goals was to ensure that players would be able to â€œsee positive reflections of themselves within our products, … not just fantasy versions of northern Europeans.â€

â€œThroughout the 50-year history of D&D, some of the peoples in the game â€” orcs and drow being two of the prime examples â€” have been characterized as monstrous and evil, using descriptions that are painfully reminiscent of how real-world ethnic groups have been and continue to be denigrated,â€ the statement said. â€œThatâ€™s just not right, and itâ€™s not something we believe in. Despite our conscious efforts to the contrary, we have allowed some of those old descriptions to reappear in the game. We recognize that to live our values, we have to do an even better job in handling these issues. If we make mistakes, our priority is to make things right.â€

Wizards of the Coast went on to highlight recent releases that painted a more nuanced version of orcs and drowÂ and emphasized that the company had revisedÂ â€œracially insensitiveâ€ language in â€œCurse of Strahd,â€ a D&D book that was released in 2016, and â€œTomb of Annihilation,â€ released in 2017. The books feature the Vistani â€” an ethnic group rooted in tropes of the Roma people â€” and Chult, a jungle region vaguely inspired by parts of Africa.Â Previous versions of the books referred to the Vistani as drunks and called Chult a â€œsavageâ€ and â€œexoticâ€ land.

D&D fans on social media reacted to Wizards of the Coastâ€™s statement with a mixed response. Some were in favor of the changes; others called them â€œpolitical.â€ Multiple voices argued that promises of respecting diversity rang hollow as the company has had an alleged problem with hiring game designers of color in the past.

Sooo… D&D’s recent statement on their plans for diversity and depictions of race.

TL;DR here. I support the promise of diversity, inclusion, and community, but I highly doubt that Wizards is going to live up to those words. (1/18)

WHY do I only see older white men representing D&D? We need MORE representation, especially queer/trans visibilty and BIPOC, in ALL ASPECTS of your company.

Well, and I do mean this as politely as I can, the first step is to hire BIPOC and let them direct the business of portraying different kinds of people in your gaming properties. Like, let black, Asian, indigenous, and other people show you how it’s done, and pay them for it!

I am personally a bit disappointed.
In a rich and diverse fantasy world, our real-life modern societal values should not be the ones to depict what can and cannot be treated in-game.
A good story-teller will make a fantastic game regardless of gender, culture, race or stereotypes

I don’t think DnD should ever get political. Playing myself a lawful neutral drow character and being almost 30 years DM I believe in plain human capability to tell the right from wrong without being told what is what. Good intentions usually pave the way to hell. Feel sad.

Sturtevant, Young and Mendez Hodes greeted the announcement with a combination of cautious optimism and skepticism.Â

â€œI think this shift is a good start, but they must go further,â€ SturtevantÂ said. â€œItâ€™s a problemÂ that [Wizards of the Coast] donâ€™t seem to be getting rid of their use of the term â€˜raceâ€™ altogether.â€

Young echoed this sentiment. â€œRacism isnâ€™t just negative stereotypes; it is also an underlying belief that a particular group of people have something inherently in common with each other and also that they are also inherently different from other groups,â€ she said.

â€œThe change so that orcs and drow arenâ€™t necessarily evil is superficial if that racist logic of inherent difference is still there,â€ Young said. She stressed that removing gameplay concepts such as orc characters starting with a lower intelligence would be a â€œmuch bigger step because it could remove the basic logic of race.â€ (Wizards of the Coast indicated in its statement that it would be moving towards this in future releases.)

â€œHopefully the diverse hiring will be more than a token move,â€ Young added. â€œEmploying people of color from different backgrounds and genuinely valuing everything that they bring will make the game more original, creative and interesting, as well as less racist.â€

Mendez Hodes said it was vital to note that Wizardsâ€™ announcement followed years of advocacy and that many D&D fans of color who have criticized the game in the past were accused of â€œpoliticizingâ€ it by other players who were unwilling to see characters such as orcs as anything more than disposable, evil enemies.

â€œFor almost all of D&Dâ€™s history, systemically oppressive norms masquerading as harmless fun dominated both game content and community interactions,â€ Mendez Hodes told HuffPost. â€œWhat I most want changed are the [D&D] communityâ€™s oppressive power dynamics. Right now, being ourselves and expressing our preferences invites gatekeeping and vitriol from players whose fun relies on unexamined cruelty to a sapient Other.â€

While it remains to be seen if Wizards of the Coast will truly make good on its aims, the companyâ€™s willingness to acknowledge its faults nevertheless gives Mendez Hodes hope.

â€œI know D&Dâ€™s creative team will err many more times on the way to fulfilling [its promises] â€” which is OK, if they acknowledge and iterate on their mistakes graciously rather than defensively,â€ he said. â€œTo level up, D&D must highlight vulnerable playersâ€™ perspectives. Only when we may safely speak can they begin to listen.â€