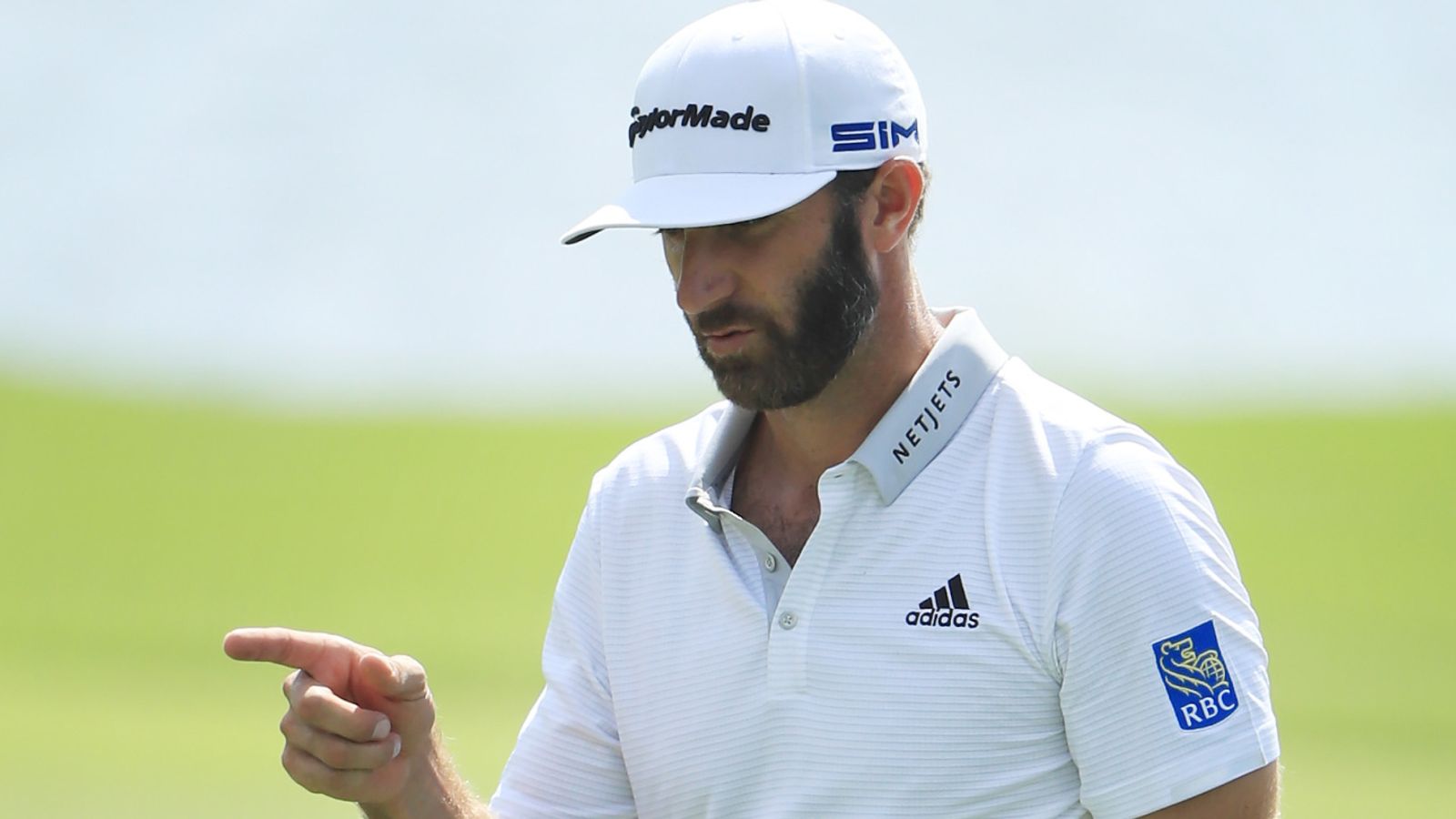 Nine players within five strokes of the halfway lead; McIlroy in group tied-eighth after second-round 71

Dustin Johnson found a final-hole birdie to stay clear of a congested leaderboard and grab a one-shot lead at the halfway stage of the Tour Championship.

The world No 1, looking to win the FedExCup and the $15m bonus for the first time, mixed four birdies with as many bogeys on his way to a level-par 70 at East Lake to hold a narrow advantage over Sungjae Im.

Xander Schauffele birdied three of his last four holes to jump into third spot and within two of the lead, with Justin Thomas a further stroke back in fourth ahead of overnight co-leader Jon Rahm, PGA champion Collin Morikawa and England’s Tyrrell Hatton.

Johnson edged ahead by draining a 35-footer at the third and had to make a 30-footer to save par at the next after a wayward tee shot, as Rahm ended a run of four straight pars by rolling in a five-foot birdie at the fifth to also get to 14 under.

The leading duo both bogeyed the par-three ninth, with Johnson failing to get up and down from the greenside bunker and Rahm racing his putt from the fairway 12 feet past the hole before missing his effort coming back.

Johnson scrambled from the rough to save par at the tenth and stay ahead, as Rahm failed to convert his eight-foot birdie try, with the Spaniard falling two behind with a three-putt bogey from distance at the 11th.

Thomas joined Rahm on 12 under by holing a 15-footer at the 12th, having squandered a number of birdie opportunities earlier in his round, with the pair finding themselves with one of the lead when Johnson missed a six-footer to save par on the same hole.

The chasing pack moved closer to the leaders when Johnson found sand off the 15th tee on his way to a bogey, while Rahm racked up a double-bogey after sending his tee shot into the water hazard.

Im followed back-to-back birdies from the 15th with a two-putt gain at the last to close a round-of-the-day 64 and set the initial clubhouse target at 12 under, with Schauffele a further shot back after posting three straight birdies from the 15th and narrowly missing a chance for another at the 18th.

Johnson scrambled to save par from the sand again at the 16th before breaking clear of the pack at the par-five 18th, where he found the green in two and two-putted from 30 feet for his only birdie of the back nine.

Morikawa finished with successive birdies to post a five-under 65 and Hatton closed his 66 with three birdies in the last four holes, lifting them both to nine under, while defending FedExCup champion Rory McIlroy stays within five of the lead despite a one-over 71.