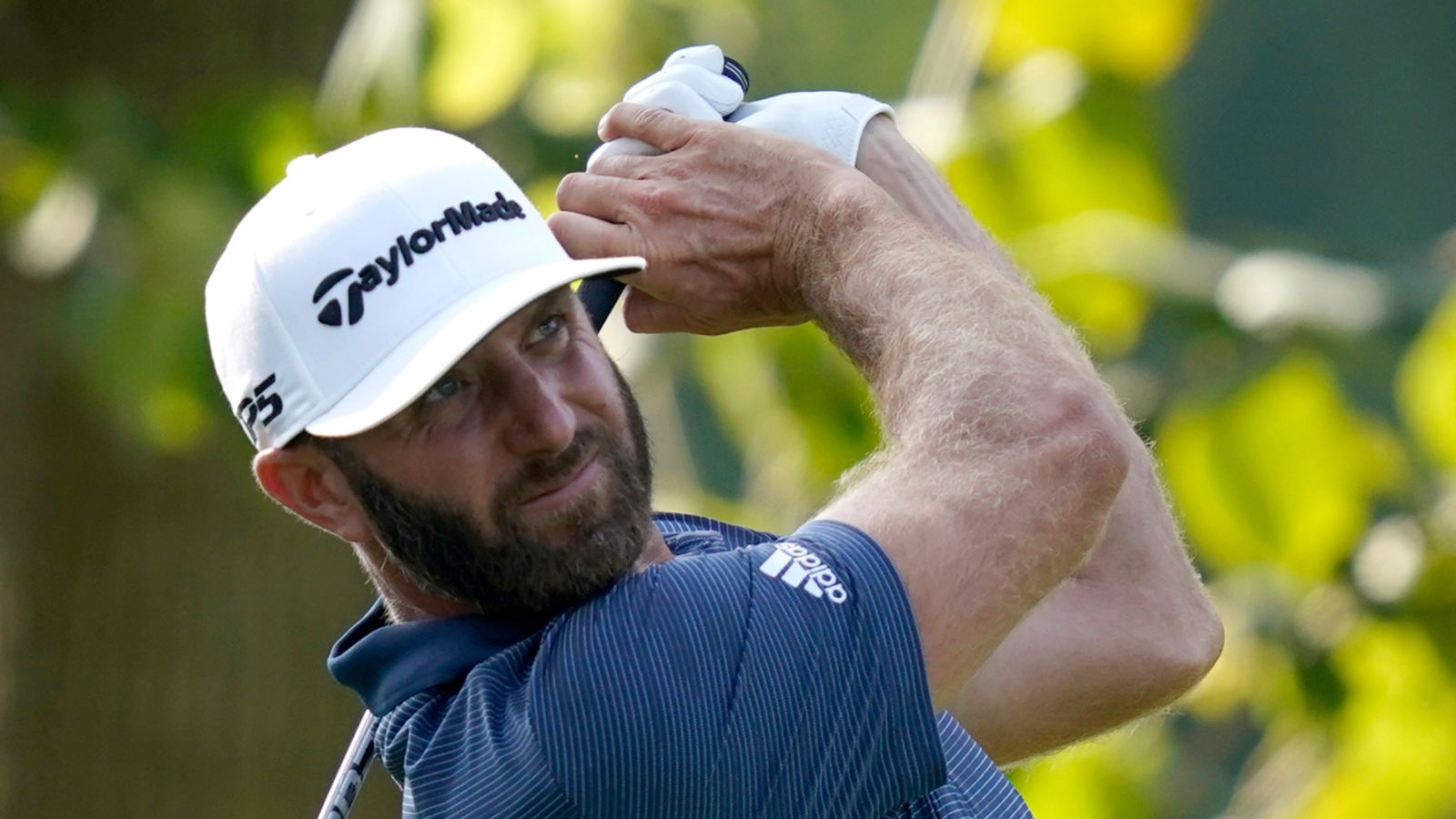 Dustin Johnson’s season of big LIV money will finish with another seven-figure check, with his 4Aces GC team one of four squads that will play in the finals of the Saudi-backed LIV Golf team championship on Sunday.

A total of $16m – $4m for each of the four players – awaits the winning roster in the season-ending event at Trump National Doral.

Johnson’s team got there by beating Cleeks GC 2-1 on Saturday, with the winning point coming when Pat Perez and Talor Gooch held off Graeme McDowell and Richard Bland in extra holes.

“For us, it’s all about the competition,” Johnson said.

“We want to win the first championship in LIV Golf. It’s anybody’s ballgame. Every team up here obviously is playing well. There’s no favourites in my eyes.”

Also heading to the final are Cameron Smith and Punch GC, who topped Sergio Garcia and Firebirds GC 2-1.

The Louis Oosthuizen-captained Stinger GC, who won when Oosthuizen beat Bryson DeChambeau in 23 holes to seal a 2-1 win over Crusher GC, and the Brooks Koepka-captained Smash GC, which beat Ian Poulter, Lee Westwood and Majesticks GC 3-0, are also through to Sunday.

“I’m just glad we made it to Sunday,” Oosthuizen said.

The first two rounds in Miami were match play, Sunday’s will be stroke play, with the scores of all 16 players – four on each of the four teams – counting toward a total.

The winning team will split $16m, with the runner-up splitting $8m, the third-place team splitting $6m and the fourth-place team getting $4m

“I’m very pleased with how everyone’s playing,” Koepka said. “Anything can happen (Sunday). It could make for a pretty exciting finish.”

That means all 16 players who tee off Sunday will show up already assured of pocketing at least $1m in the season’s eighth and final LIV event.

Johnson entered the week with $13,637,767 in earnings, plus $18m more for being the season individual champion.

And that’s all on top of the reported $125m he got for signing with LIV, though it’s unknown how much of that bonus he actually has received to this point.

The four teams eliminated on Saturday each received $3m, or $750,000 per player.