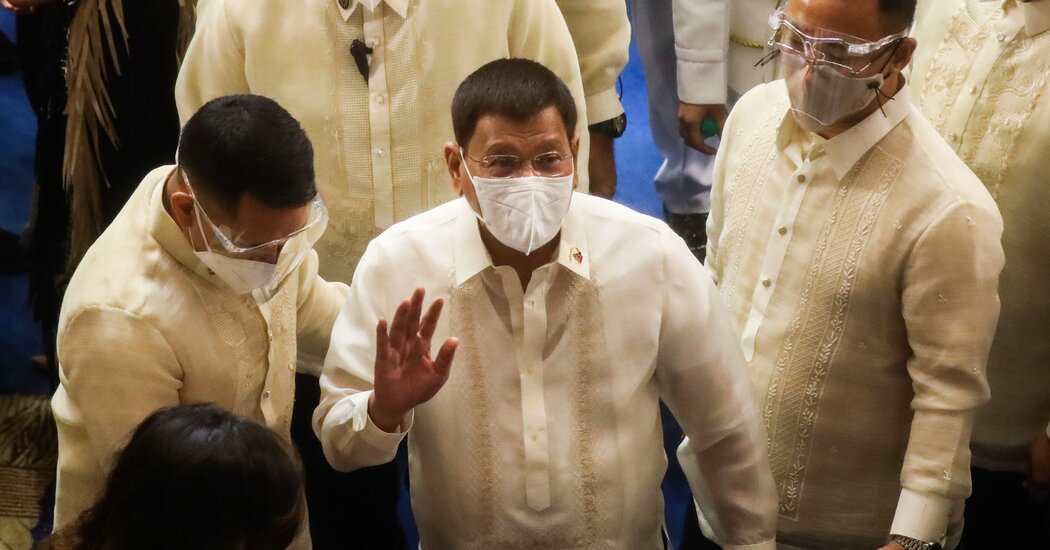 MANILA — President Rodrigo Duterte of the Philippines said on Saturday that he would retire rather than pursue the vice presidency next year, in a surprise reversal of a plan meant to keep him in national politics after his presidential term ends.

The Philippine Constitution limits presidents to a single, six-year term. But Mr. Duterte had announced that he would run for vice president in the May election, and his former chief aide, Senator Christopher Lawrence Go, had been expected to seek the presidency.

On Saturday, however, Mr. Go submitted papers declaring that he, not Mr. Duterte, would run for vice president. Mr. Duterte raised Mr. Go’s hand afterward in a show of unity.

Referring to opinion polls that indicated public opposition to his plan, Mr. Duterte, 76, said that “in obedience to the will of the people, who after all placed me in the presidency many years ago, I now say to my countrymen that I will follow your wishes.”

“Today, I announce my retirement. I thank you all,” he said. He gave no indication that he planned to step down before the end of his term next June.

Mr. Duterte’s announcement appeared to leave the field open for his popular daughter, Sara Duterte-Carpio, who had earlier said that she would not run for president if her father was a candidate in the election.

The boxer Manny Pacquiao has also announced his candidacy for the presidency. Mr. Pacquiao, a Philippine senator, was once an ally of Mr. Duterte but has recently been critical of the president, accusing his government of corruption.

Last month, the International Criminal Court authorized a full investigation into Mr. Duterte’s bloody war on drugs, which has left thousands of people dead since he took office in 2016. Mr. Duterte’s critics in the Philippines saw his plan to seek the vice presidency — with a close ally, Mr. Go, as president — as a way to stay in power and shield himself from prosecution.

Mr. Go recently said that he had promised to serve Mr. Duterte “as long as he lives.” On Saturday, he said he was running for vice president “to be able to continue the programs for real change begun by President Duterte.”

Mr. Go offered no apologies for the drug war, in which thousands of Filipinos have been gunned down by police officers and vigilantes, allegedly because they were involved with narcotics. “Let the public judge if their children feel safer now with less addicts and crime on the streets,” Mr. Go said.

The International Criminal Court said last month that the drug war appeared to have been “a widespread and systematic attack against the civilian population.” A lawyer for Mr. Duterte said representatives of the Hague-based tribunal would not be allowed into the Philippines. 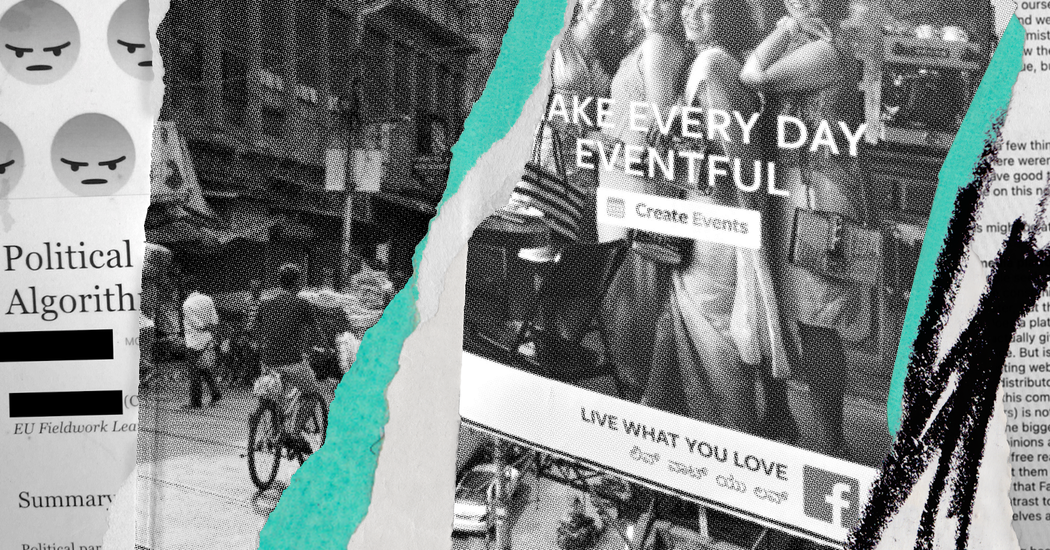 Heavy Is the Burden on Japan’s Royal Women

As Hong Kong’s Civil Society Buckles, One Group Tries to Hold On