Now, PTI finds itself in hot water over ‘money trail’

ISLAMABAD   –  The Election Commission of Pakistan’s Scrutiny Committee constituted to probe the foreign funding case against the ruling Pakistan Tehreek-e-Insaf (PTI) on Tuesday confirmed irregularities in the audit report submitted by the ruling party to the ECP.

The committee report confirmed illegal funding and concealment of 53 accounts by the PTI. The report repeatedly referred to its helplessness to get details of foreign accounts of PTI and details of funds collected abroad.

According to the sources privy to the development, the two auditors namely Arsalan Wardak and Mohammad Sohaib were allowed perusal of the accounts details for 55 hours. The source revealed that they were neither allowed to make copies of documents nor they were allowed laptops during perusal.

“The documents scrutinised did not include 28 original PTI bank statements requisitioned through the State Bank of Pakistan which were kept secret by the ECP,” said sources.

The ruling PTI concealed funds worth millions of rupees from the ECP, the report revealed on Tuesday. The report also stated that the PTI provided “false information” regarding the party’s funding to the ECP.

It said that SBP’s bank statement revealed that the party had received Rs1.64 billion in funding.

According to the report, the party did not disclose funding worth more than Rs310 million to the ECP.

The scrutiny committee was formed in 2019 to audit foreign funding received by the PTI. The case began in 2014 when the party’s founding member, Akbar S Babar, filed it.

It must be noted that the Scrutiny Committee also did not include any details of funds received in the personal bank accounts of four PTI Central Office Employees authorised in writing by the PTI Finance Board in July 2011.

The authorisation was made with the approval of PTI Chairman Imran Khan and the Secretary General of PTI at that time Dr Arif Alvi. The scrutiny documents also did not include a single bank statement of at least six international bank accounts maintained and acknowledged by PTI abroad.

Earlier, on August 27, 2020, the ECP had trashed the Scrutiny Committee’s first report after 28/29 months of scrutiny and reprimanded the Committee with the comments that “it was the duty and responsibility of the committee to scrutinise the authenticity, reliability and credibility of each and every document(s) submitted to it by both the parties.

It said the Committee had the authority to approach proper forums, sources and people to confirm the authenticity or otherwise of documents.

The case is pending since November 14, 2014. Since then, the ECP and the Scrutiny Committee has heard the case on over 150 times with PTI seeking adjournments on 54 occasions.

The Scrutiny Committee which was formed in March 2018 to complete scrutiny of PTI accounts in months took almost four years to submit its report to the ECP in December last which has now been shared with the two parties for comments.

The ECP resumed hearing of the PTI foreign funding case on Tuesday after a lapse of nine months.

The last hearing took place on April 6, 2021 after which the ECP passed an order on April 14th directing the petitioner and PTI founding member Akbar S. Babar to employ two auditors for perusal of documents submitted by PTI in its defence.

The ECP shared the Scrutiny Committee report with Akbar S Babar for review and comments by the next hearing date set for January 18th.

PTI lawyer requested that the Scrutiny Committee report should kept secret which was rejected. Similarly PTI also filed an application that all the cases regarding illegal funding should be clubbed which was set for hearing Jan.18.

Talking to the media outside the ECP, the petitioner and PTI member Akbar S. Babar said that Quaid e Azam had fought and won a case to make Pakistan. The foreign funding case is to save Pakistan from a leadership that has ruined Pakistan.

He said if the case had been decided in time and on merits, the present economic collapse and consequent threats to our national security could have been avoided. He said it is the responsibility of all those sitting in judgment to perform their duty in deciding the case on merit and without further delay.

Earlier during the hearing, PTI leader and State Minister for Information Farrukh Habib urged the Commission to complete scrutiny of PPP and PML-N accounts with no further delay. Upon this, Chief Election Commissioner (CEC) Sikandar Sultan Raja directed the scrutiny committee to submit a report on the progress made regarding the accounts of the PPP and PML-N within 10 days.

Talking to media after the hearing, Minister of State for Information and Broadcasting Farrukh Habib said the perusal of the Pakistan Muslim League Nawaz (PML-N) had concealed nine accounts from the Commission.

While sharing a report prepared by his party’s financial experts on secret accounts of different political parties, he said both the PML-N and the Pakistan People’s Party (PPP) had kept several of their bank accounts secret from the national election watchdog. He said the PMLN received donations worth over Rs600 million, but could not produce record of its 98 percent. Global economy has been under turmoil from two years: Qureshi 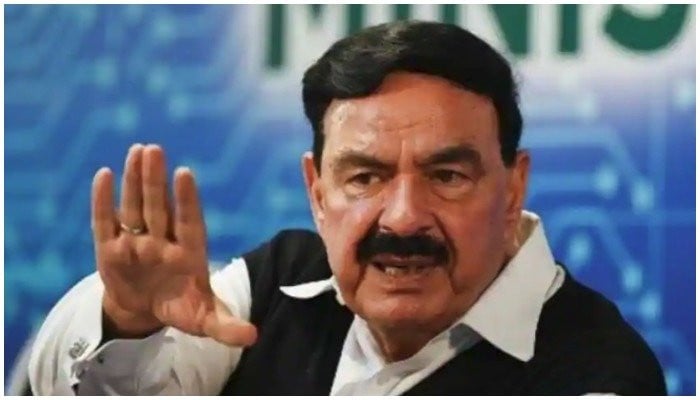