Eddie Jones: England head coach insists he will be in charge at 2023 Rugby World Cup 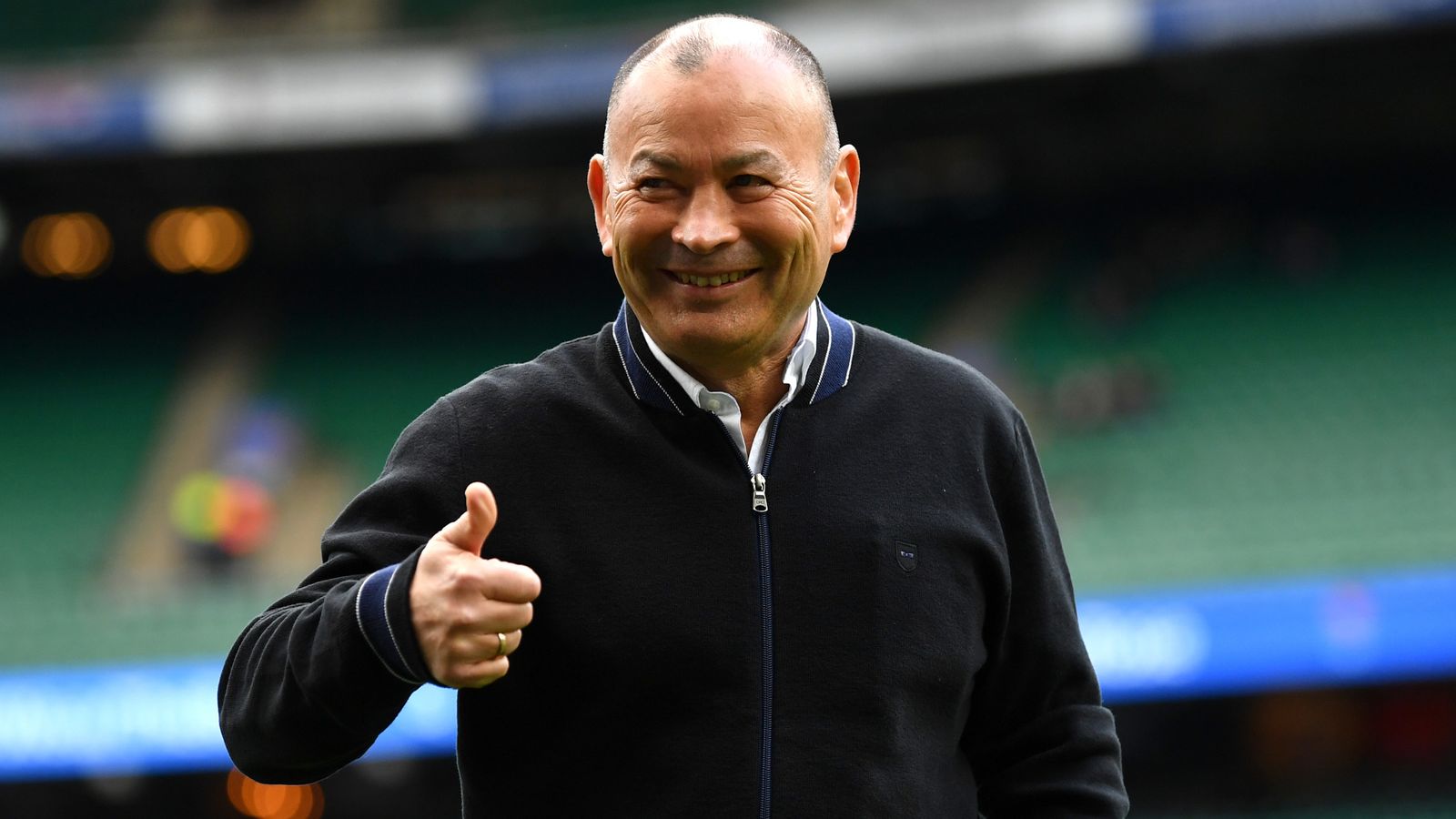 Eddie Jones has insisted he will still be at the England helm for the 2023 Rugby World Cup.

The England head coach is rumoured to have admirers in the shape of several of Australia’s National Rugby League (NRL) clubs, but has dismissed any links.

Jones has taken a 25 per cent pay cut with the Rugby Football Union (RFU) poised to make 139 redundancies to offset losses of Â£107m due to coronavirus.

The 60-year-old Australian revealed he spent his lockdown picking the brains of fellow coaches like England football boss Gareth Southgate, in his continuing bid to lift the next World Cup.

Asked if he is committed to England until after the 2023 World Cup, Jones replied: “One hundred per cent mate, 100 per cent. I’ve only got one aim in mind, to make this team better every day.

“I don’t have any views on speculation, someone’s being mischievous, which is the point of the media.

“Bill Sweeney and I had a chat on Monday, not specifically about funding; about what we need to do win the World Cup.

“I’ve got a sketch of what I think we need to do. Obviously there is some investment we need to make, but we’ll wait to see how things translate.

“It’s a difficult time and we’ll have to make do with what we’re able to be funded by.”

Jones spent lockdown in Japan with his wife’s family but has now returned to the UK.

Eager to return to hands-on coaching, the England boss conceded he had struggled during the sporting and social shutdown.

Asked how he had coped in lockdown, Jones replied: “Very difficult, some bad days, some good days.

“I’ve been lucky enough to talk to a number of good coaches in the world, picking their brains.

“We’ve worked pretty hard at looking at our game to see where we can take it, to work on our coaching cohesion.

“I started with hockey, with Danny Kerry, Gareth Southgate in soccer, Dave Brailsford in cycling, and Justin Langer and Ed Smith the England selector in cricket.

“I’ve been picking his brains because I think they’ve done a fantastic job in the last period of time.

“Ed and I have spoken on a number of occasions and I find him a very bright and intuitive guy. He’s got a bit of a different look on how to do things.

“I think you can see that they’re building the team for the next generation now, just in the way that they’ve selected, and that’s going to be something we’re going to have to come to grips with.

“That’s going to be part of the job over the next period of time, the nucleus is from the squad from the last World Cup but there will need to be a regeneration of the squad because the ageing process is part of something we all have to deal with.”