Egypt skeptical of Ethiopia call for cooperation on Nile dam 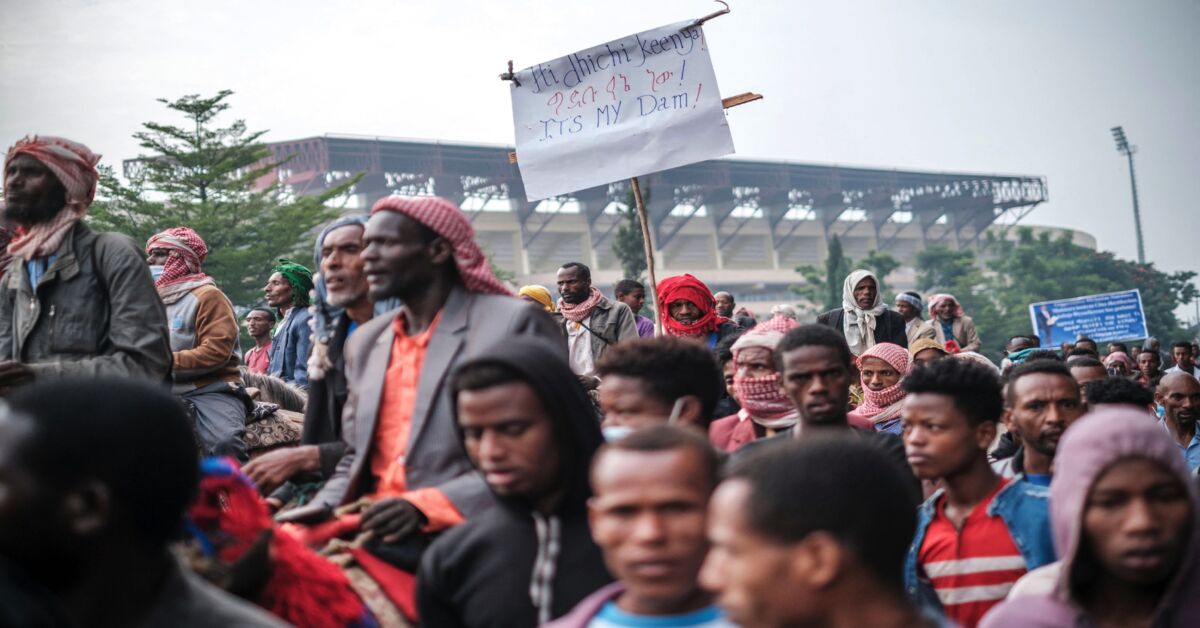 CAIRO â€” Ethiopian Prime Minister Abiy Ahmed’s call for cooperation over the Grand Ethiopian Renaissance Dam (GERD) has raised questions about the extent of the Ethiopian administration’s seriousness in re-engaging in negotiations that would achieve regional cooperation with Egypt and Sudan, despite the fundamental differences in the countries’ positions over operating and filling the dam.

On Jan. 20, Ahmed posted a statement on his Facebook account, expressing his country’s interest in adopting clean energy projects in light of the hydropower potential available to Ethiopia â€” despite the fact that, according to him, over 53% of the population lacked access to electricity.Â

Ahmed further stressed the state’s adherence to the reasonable and equitable exploitation of the Nile waters for the benefit of all the peoples of the riparian countries, without causing great harm.

Ahmedâ€™s statement did not mention any road map or a clear vision of the method of cooperation in light of the stalled negotiationsÂ with Egypt and Sudan and the failure of all regional and international mediation initiatives. However, the Ethiopia official stressed that the GERD holds multiple benefits for the downstream countries (Sudan and Egypt) by regulating the changing flow of the river and reducing flooding.

Ahmedâ€™s call for cooperation comes before the convening of the 35th African Union Summit on Feb. 4, which is scheduled to be held in Addis Ababa despite the security tensions amid the war on Tigray and the deterioration of health conditions in light of the COVID-19 pandemic.

In another Facebook post on Jan. 16, Ahmed stated that Ethiopia is saddened by the actions of those who are pressing to hold the AU summit outside Addis Ababa, under the pretext of the security situation. â€œI thank the Ethiopian people for the decision of the African Union members and the leaders of the African Union [to] have agreed to hold the union conference in Addis Ababa,â€ he added.

Cairoâ€™s response to the Ethiopian call stressed Egyptâ€™s adherence to the negotiation track to resolve any dispute over the GERD. Egyptian Prime Minister Mustafa Madbouly said in a statement on Jan. 25, â€œEgypt is keen on reaching a legally binding agreement that meets common interests so long as Ethiopia achieving the maximum possible benefit in the field of electricity generation and sustainable development causes no harm to Egypt and Sudan.â€

The Egyptian statement added that â€œthe possibility of reaching the desired agreement for the GERD may establish a new phase of cooperation to achieve regional stability.â€

A government source familiar with the GERD negotiation process told Al-Monitor on condition of anonymity, â€œEgypt is still open to any serious initiatives for dialogue with Ethiopia to resolve outstanding issues regarding the rules for filling and operating the dam. But Egyptian positions regarding legal and technical issues have not changed much, especially concerning the legal obligation of the agreement with Ethiopia and the guarantees for cooperation in periods of drought and extended drought.â€

He added, â€œWe are monitoring the ongoing Ethiopian moves regarding preparations for the third filling of the dam with the upcoming rainy season, and we will not accept any unilateral decisions that endanger Egypt’s interests in the Nile waters.â€

The source noted, â€œArrangements will be made to discuss the GERD issue during the AU summit in February to highlight the importance of finding an African solution per the recommendations of theÂ September 2021 presidential statement of the Security Council, in light of the AUâ€™s inability to resolve the crisis and resume the stalled negotiations.â€

On Jan. 13, Ethiopia announced its intention to remove 17,000 hectares of forests around the dam in February in preparation for the third filling of the GERD lake, which is expected to start with the rainy season in July, without announcing the planned quantities to be reserved during the third filling or making any arrangements with the two downstream countries.

Mohamed Nasr al-Din Allam, a former Egyptian irrigation minister, told Al-Monitor, â€œAhmedâ€™s claims about the benefits of the GERD for Egypt are not true. Any drop of water stored in the GERD is from Egyptâ€™s share [of the Nile waters]. In addition to its estimated 55.5 billion cubic meter share of the Nile water, Egypt would receive additional water from the Blue Nile, which would be stored at Lake Nasser, thus achieving strategic balance for Egyptâ€™s water needs during drought periods.â€

He explained, â€œThe GERD thus will end all the advantages that the High Dam [and its reservoir, Lake Nasser] brings to Egypt, as the Ethiopian policies and unilateral decisions to fill the GERD reduce Egyptâ€™s strategic water reserves and it will be difficult to restore this amount again in light of the GERD.â€

Allam warned of the danger of Ethiopia’s failure to share information on the management of the storage process in the dam’s lake with Egypt and Sudan, with its serious repercussions on the interests of the two countries, saying, â€œBefore the second filling of the GERD last year, the Ethiopian minister of irrigation announced his countryâ€™s intention to reserve approximately 13.5 billion cubic meters. Based on this amount, Egypt was forced to take strict measures to protect the water reserves in the High Dam, but Ethiopia stored only 3 or 4 billion cubic meters, and neither Egypt nor Sudan benefited from the floodwaters since Ethiopia failed to share information and only released false statements.â€

The AU-led negotiations between Egypt, Sudan and Ethiopia came to a standstill in April 2021 after their failure to agree on provisions related to a legal obligation and technical arrangements to manage the operation and filling the dam during periods of drought and prolonged drought in the Blue Nile, while Egypt and Sudan resorted to the Security Council, which recommended resolving differences through the AU.

Amani al-Tawil, an expert on African affairs at Al-Ahram Center for Political and Strategic Studies, told Al-Monitor, â€œAhmed’s call for cooperation is just word of mouth, as he did not suggest any mechanism to ensure cooperation or understanding between the three countries on the contentious points.â€

Tawil added, â€œReleasing these statements at present is an attempt to avoid possible pressures at the upcoming AU summit, especially since Egypt may have understandings with major regional countries that have interests in the Horn of Africa.â€

She noted, â€œI do not expect any changes in the Ethiopian position in light of the political and military situation there. Any real cooperation by Addis Ababa may be seen by the Ethiopian circles as abandoning the regime’s interests, after the mobilization campaigns and incitement against Egypt and Sudan from within Ethiopia over the past two years.â€

The call for cooperation put forward by Ahmed remains subject to the announcement of actual measures to resume dialogue with Egypt and Sudan regarding the outstanding points of contention in the comprehensive agreement to fill and operate the GERD.