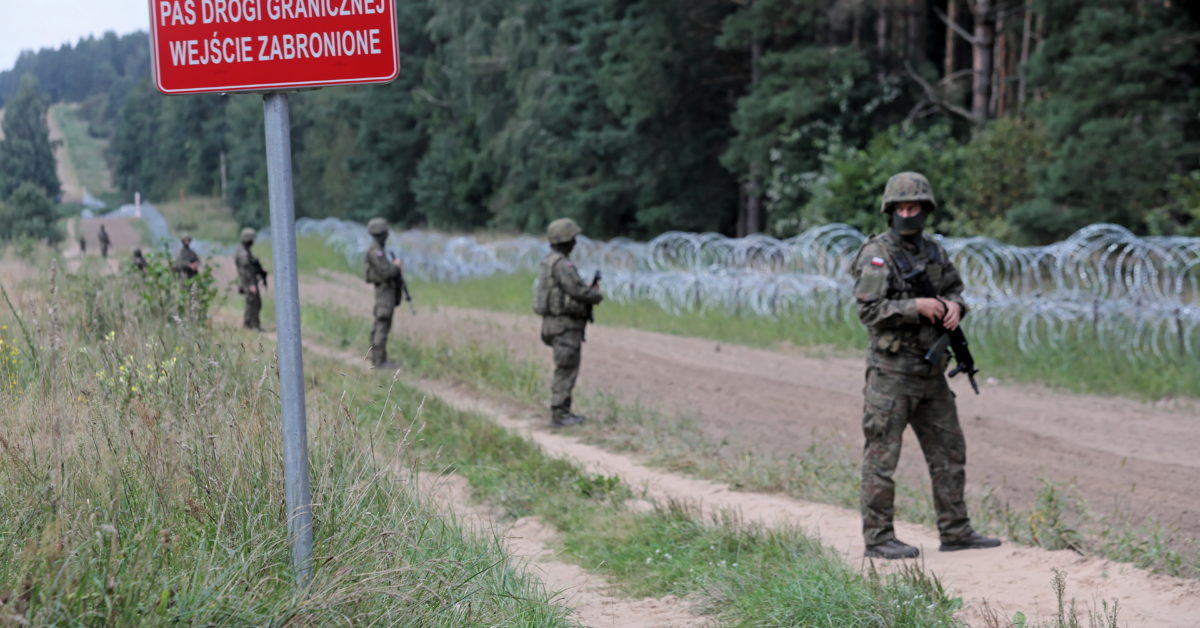 Polish divers on Wednesday afternoon found the dead body of a 19-year-old Syrian man in the river Bug at the Belarus border, as the number of deaths at the Polish-Belarusian frontier climbs to eight.

â€œThe identity was confirmed by the second young man with whom he tried to illegally cross the Bug the day before. Documents were also found next to the body. He is, beyond doubt, a 19-year-old citizen of Syria,â€ a spokesperson of the provincial police told the Polish state news agency PAP.

The teenager was reported missing on Tuesday morning as he tried to cross the river. Polish forces will now investigate his death, PAP reported.

Polish border guards said they rescued another Syrian man, who told them he and another migrant were pushed into the river by Belarusian police forces on Tuesday.

The death of the 19-year-old Syrian national is the eighth at the border between Poland and Belarus since this summer. Last week, the body of a 24-year-old Syrian man was spotted from a helicopter lying dead in a field, the Guardian reported. In late September, a group of four Iraqis was found dead at the border. A few days later, another group of Iraqis was detained, of which one died allegedly of a heart attack. A 16-year-old Iraqi trying to cross the border with his family died in late September as well.

Poland, Lithuania and Latvia face an increasing number of undocumented border crossings coming from Belarus, which is reportedly helping migrants to reach the border with EU countries in retaliation at sanctions from Brussels. Migrants face greater risks of illness and death as nights get colder over the coming weeks.

Germany on Wednesday proposed holding joint patrols on the Polish side of their common border. German Chancellor Angela Merkel is expected to hold talks with Polish Prime Minister Mateusz Morawiecki in Brussels on Thursday, as EU leaders gather for the European Council summit.