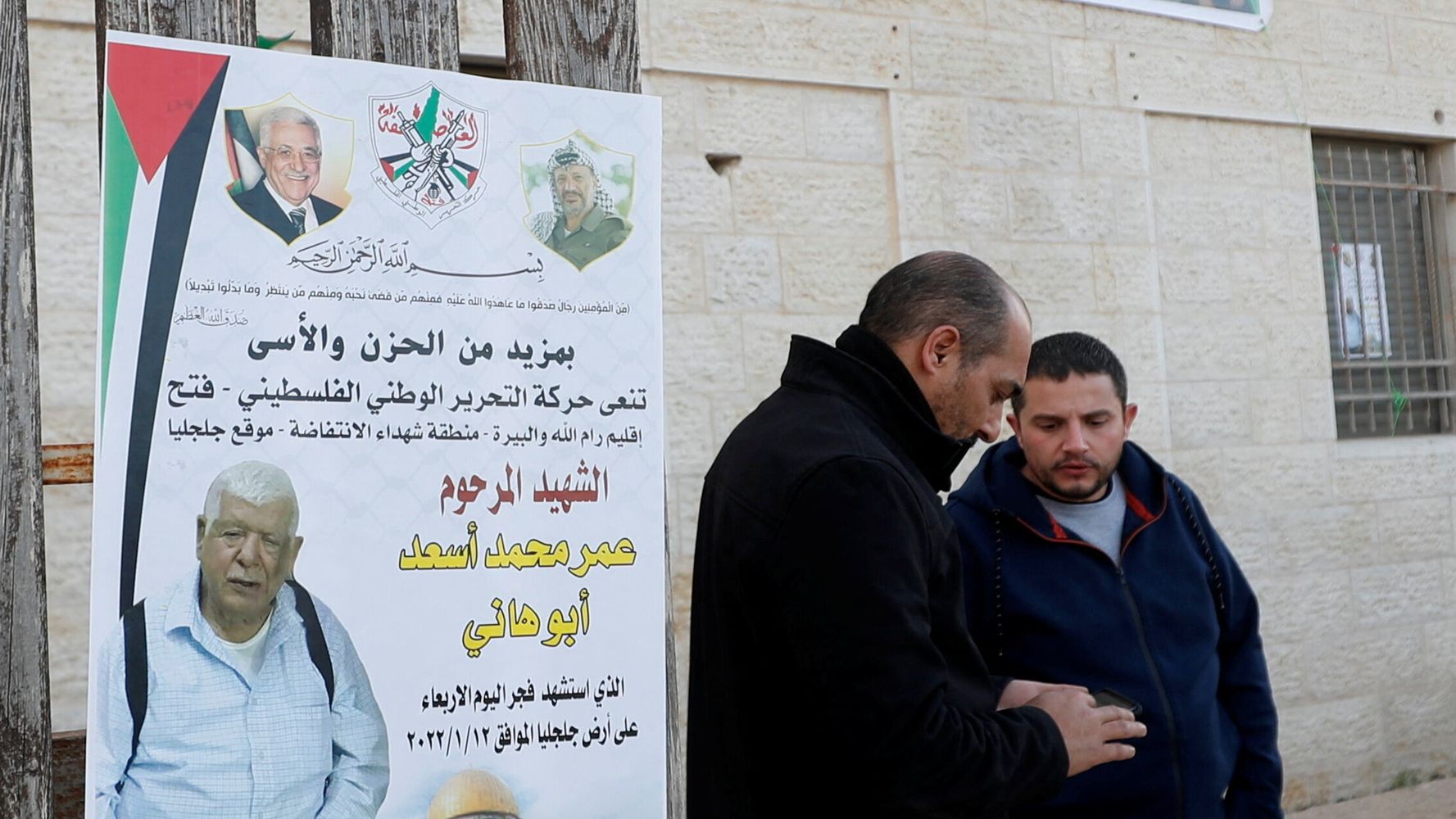 The U.S. Department of State has voiced its support for an investigation into the Wednesday death of an elderly Palestinian American man who his family and local officials said was detained by Israeli soldiers during a raid on an occupied West Bank village.

Omar Abdulmajeed Asaad, 80, was a U.S. citizen whose body was found in Jiljilya early Wednesday morning, the State Department confirmed. He was found with a plastic zip tie still around one wrist, according to Reuters.

â€œWe can confirm the death of the U.S. citizen Omar Assad in a city near Ramallah. We have been in touch with Mr. Assadâ€™s family to express our condolences about this tragedy. We are providing, as you would expect, all appropriate consular assistance to the family at this time,â€ State Department spokesperson Ned Price said.

â€œWeâ€™ve also been in touch with the government of Israel to seek clarification about this incident. And, as you may have seen, the Israeli Defense Forces have indicated there is an ongoing investigation into the matter,â€ Price continued. â€œWe support a thorough investigation into the circumstances of this incident. Of course, out of respect for the family during this time, we have little more that weâ€™re able to offer.â€

The Israeli Defense Force told Reuters that soldiers carried out an overnight raid in Jiljilya and that a Palestinian was â€œapprehended after resisting a check.â€ The IDF claimed the man was alive when soldiers released him, despite other detainees claiming they witnessed otherwise. Israeli army spokesperson Amnon Shefler said the incident would be investigated â€œin a thorough and professional manner.â€

Fouad Qattoum, the head of Jiljilyaâ€™s village council, told news outlets that Asaad was driving home after visiting relatives when Israeli soldiers stopped his car, handcuffed him, blindfolded him and led him to a building under construction, as documented by security cameras. Another village resident said he saw Israeli soldiers walking Asaad away at around 3 a.m. Wednesday, according to Reuters.

Asaad had heart problems â€“ which he has previously undergone surgery for â€“ and â€œcouldnâ€™t withstand the conditions he was found in â€¦ sitting in the cold on a raw floor with his hands tied, no wonder he died,â€ Qattoum told The New Arab. â€œIt is an ugly crime.â€

#IsraeliCrimes continue to target the young & old: 80-year-old #Palestinian Omar Asâ€™ad was found blindfolded, handcuffed, and dead in an abandoned building north of #Ramallah. He was detained and assaulted by Israeli occupation forces during an overnight raid in Jiljilya village. pic.twitter.com/Ck7ifhT7mL

The 80-year-oldâ€™s body was found over an hour later by a local farmer, 52-year-old Murawaeh Arouri, who told The New Arab that he was detained by Israeli forces at the same place. Arouri told the publication that he was driving back to his village with his co-worker when the IDF forced them out of the car and took them to an â€œabandoned house,â€ where he saw soldiers standing around a body. He said the soldiers looked at the body and then â€œgot up and left without saying anything.â€

â€œAsaad was covered with his own jacket. I saw his foot first and told my co-worker, who thought I was hallucinating out of fear,â€ Arouri said. â€œWe pulled the jacket away and I instantly recognized him. He had his hands behind his back and the plastic wire that Israeli soldiers use to handcuff detainees was cut beside him. We tried to shake him, but he didnâ€™t respond, so we called the local doctor.â€

Dr. Islam Abu Zaher, who said he tried to resuscitate Asaad but found no pulse, told Reuters that the cause of death was not immediately clear without an autopsy but that itâ€™s possible the elderly man â€œsuffered a heart attack or some form of panic,â€ given his history of heart operations. Palestine Medical Complex Chief Ahmad Bitawi told Al Jazeera that doctors are currently conducting scans of Asaadâ€™s body and that his case has been transferred to forensic medicine and public prosecution.

â€œAbu Hani was martyred, affected by the deployment of the occupation soldiers at dawn today,â€ Palestinian Prime Minister Mohammad Shtayyeh said in a Facebook statement on Wednesday, referring to Asaad by the name heâ€™s called in his village.

Qattoum told local media that the village demands â€œan international investigation committee and for accountability for the criminals,â€ according to Al Jazeera.

Asaadâ€™s brother told Reuters that the 80-year-old was a former Milwaukee resident and American citizen who lived in the U.S. for decades before returning to the occupied West Bank 10 years ago.

On Wednesday, a reporter asked Price of the U.S. State Department if Asaadâ€™s death is â€œthe kind of thing youâ€™ll look atâ€ given Israelâ€™s escalating push to get into the U.S. visa waiver program.

Overnight military raids by Israeli soldiers are almost a daily practice in the occupied West Bank, where Palestinians are exposed to live fire, arrests, assaults and killings. Last year, the Israeli army conducted more than 3,400 search-and-arrest operations, according to the United Nations. Israeli forces injured almost 350 Palestinians â€” including 109 children â€” during protests following those operations.

â€œThere are Israeli reports that they are headed towards evicting more Palestinians or evicting Palestinians from Sheikh Jarrah and from Silwan, despite your repeated calls on the Israelis not to do so,â€ a reporter asked Price on Tuesday. â€œWhat can you do to sort of persuade them not to actually go on and go ahead with this action?â€

Price replied that the U.S. has been â€œvery clear that it is critical for Israel and the Palestinian Authority to refrain from unilateral steps that exacerbate tensions.â€ The reporter then emphasized that the displacement is not being carried out by Palestinians, but rather by Israelis.

â€œIn this case, we have been clear that steps that exacerbate tensions and undercut efforts to advance a negotiated two-state solution includes â€“ would include the eviction of families from homes in East Jerusalem in which these families have lived for generations, in some cases,â€ Price said. â€œWeâ€™ve been very clear about that.â€