Elections to be held on time, govt to complete its tenure: PDM | The Express Tribune 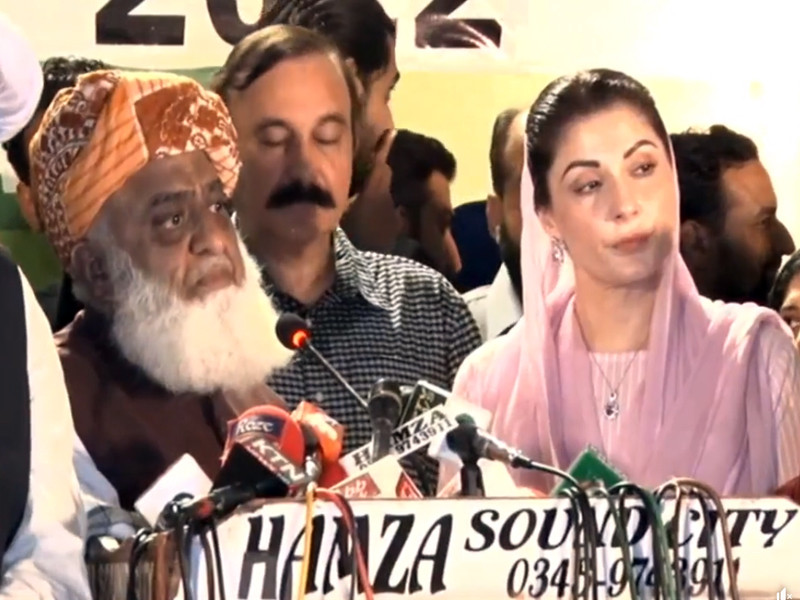 Amid calls by the Pakistan Tehreek-e-Insaf (PTI) for snap polls in the country, the Pakistan Democratic Alliance (PDM) has reiterated its stance that the general elections will be held on time and the coalition government will complete its tenure.

The announcement was made after the alliance’s top brass meeting held in Islamabad on Thursday following the Supreme Court’s verdict in the Punjab chief minister case.

The meeting was also attended by PML-N supreme leader and former prime minister Nawaz Sharif via a video link.  It discussed the ongoing political crisis in the country after the top court’s verdict.

During the meeting, some resolutions were also passed. The PDM, an alliance of nearly a dozen of opposition parties, reiterated that the elections will be held on time and the assemblies will complete their tenure.

It was decided that the federal government will send a Presidential Ordinance to the Supreme Court for the interpretation of Article 63A via a full court bench.

It said that as per the Constitution of Pakistan, the executive and judiciary have been given responsibilities and no institution should cross the domain of the other.

The PDM expressed concern over the recent verdict of the Supreme Court which created “chaos, confusion and political crisis” in the country.

On Tuesday, the Supreme Court struck down Punjab Deputy Speaker Dost Muhammad Mazari’s ruling on the election of ‘trustee’ chief minister, paving the way for PTI-PML-Q joint candidate Chaudhry Pervaiz Elahi to ascend to the throne in the country’s political heartland.

“The country’s representative parties have expressed their anxiety on this issue. Legal experts, media and civil society have also not agreed with this decision,” the resolution added.

It further said that the different standards of justice and interpretations have justified the concerns of the ruling coalition, therefore, the presidential reference should be sent to the Supreme Court as soon as possible.

Addressing a press conference flanked by PML-N Vice President Maryam Nawaz and other PDM leaders, Maulana Fazlur Rehman demanded the Election Commission of Pakistan (ECP) to announce the verdict of the foreign funding case which had been pending for the last eight years.

“The PDM demands that the ECP must fulfil its mandate as per the Constitution,” he added.

The PDM president said that the PTI received funds from Indian and Israeli citizens and proof of it was presented during the foreign funding case hearings. “Turning a blind eye on the case is against national security.”

He said that this important case related to the organisation and financial affairs of political parties should be announced immediately.

The JUI-F chief further said that former prime minister Imran Khan can only hurl accusations and he does not have a narrative.

Speaking on the occasion, Maryam Nawaz said that everyone feared the demand of a full court bench because the one-sided decision was to be made and Ladla — a term coalition government leaders use for Imran Khan which literally means darling — was made the beneficiary.

She said that if there was no malicious intention then a full court bench would have been formed. “If the court had made a mistake in its previous verdict then why did the correction result in the favour of Ladla,” she questioned and termed the decision “murder of justice”.

Maryam said that if the courts wanted to correct their decisions then they should start with the Panama Papers case.

Sources told Express News that during the PDM meeting, Fazl proposed to observe a black day over the Supreme Court’s verdict. The PDM president also officially asked the PPP and the ANP to rejoin the PDM.