Eliud Kipchoge breaks his own world-record Marathon time in Berlin 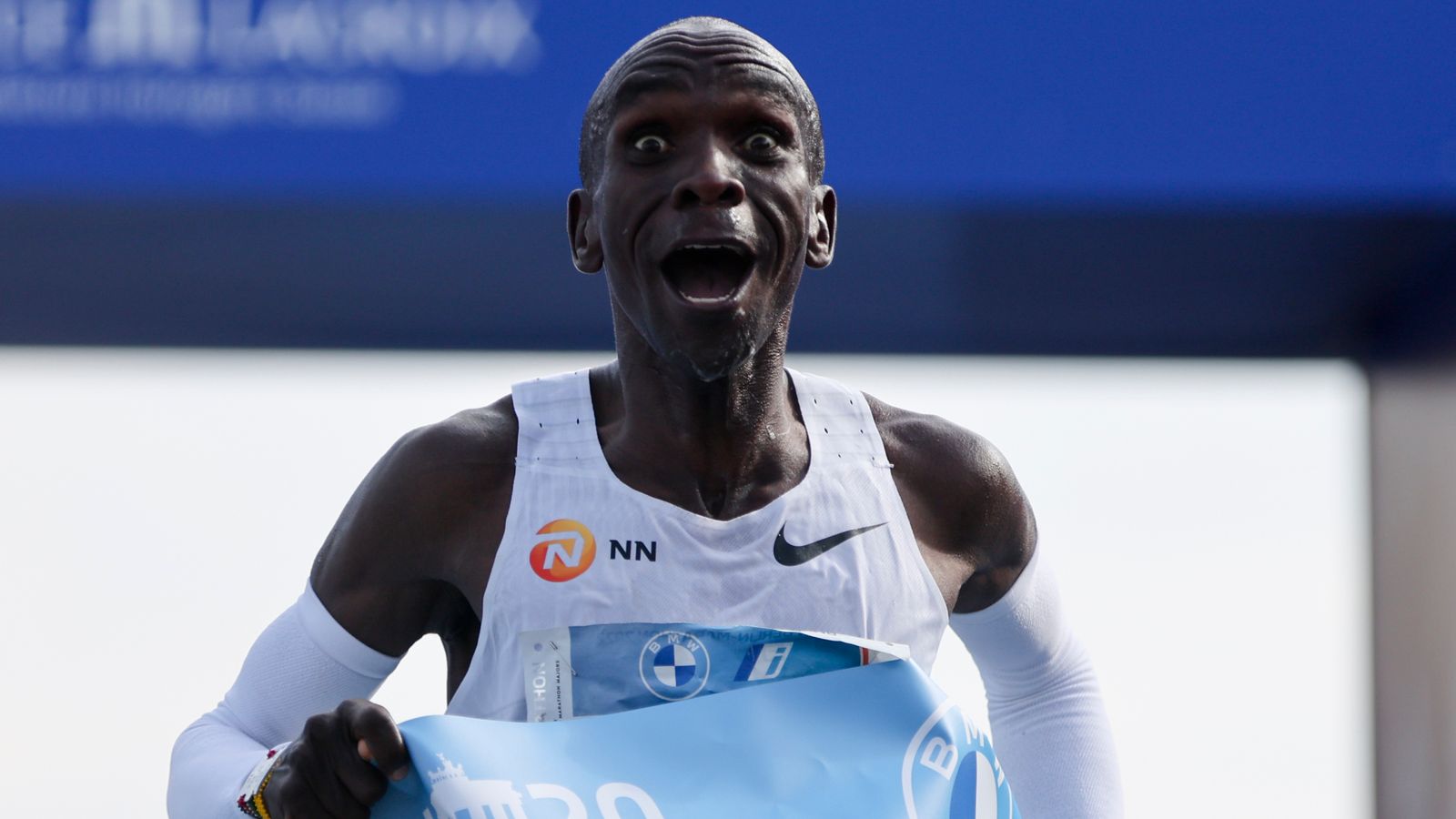 Kipchoge, 37, has now won 15 of his 17 career marathons, including two Olympic triumphs and 10 major titles; Kenyan was in a class of his own, setting a blistering pace along the flat, fast inner-city course from the start on an overcast day

Kenyan Eliud Kipchoge has broken his own world-record Marathon time by 30 seconds in Berlin, running the 26.2m course in 2:01:09.

The 37-year-old, who has now won 15 of his 17 career marathons, including two Olympic triumphs and 10 major titles, was in a class of his own, setting a blistering pace along the flat, fast inner-city course from the start on an overcast day.

Only a handful of runners could keep up with Kipchoge along with the group of pacemakers.

He gradually shook off last year’s winner Guye Adola but fellow Ethiopian Andamlak Belihu refused to buckle, even as they raced through the halfway mark in less than an hour.

Belihu finally dropped back around the 27 kilometre-mark as Kipchoge pushed on for the record.

The Kenyan, who retained his Olympic at the Tokyo Games last year, had fallen short of his world mark by just over a minute at the Tokyo Marathon in March, but he was not to be denied in Berlin.

With a final 500-metre sprint passing through the city’s iconic Brandenburg Gate just as the sun started to emerge, a beaming Kipchoge crossed the finish line to cement his status as one of the greatest runners of all time.