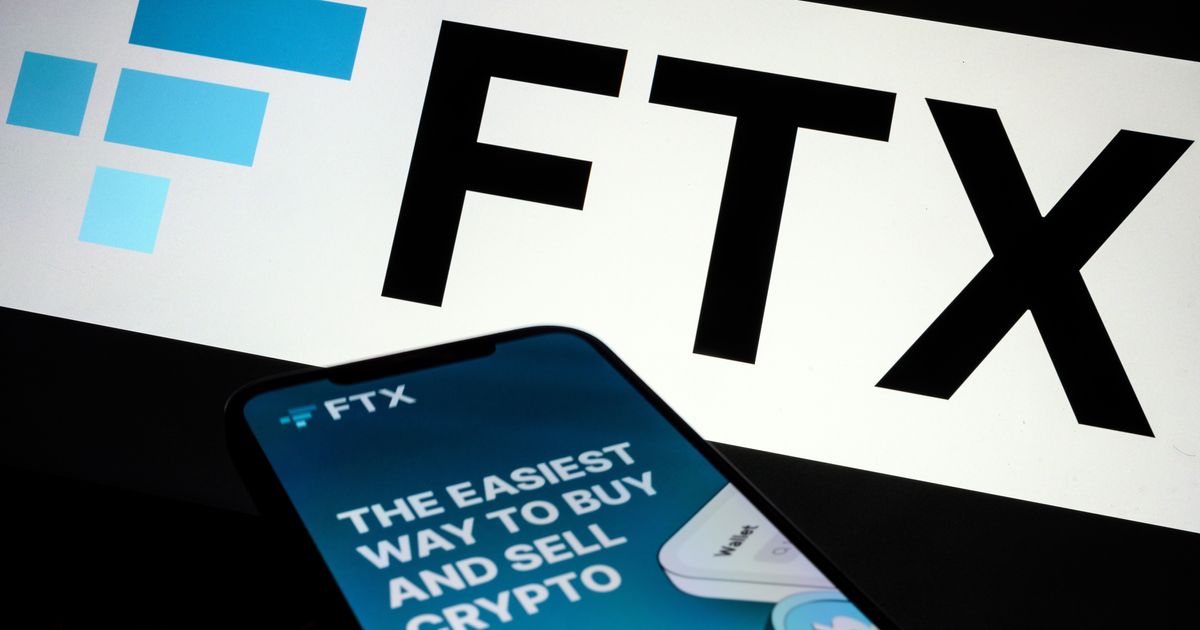 NEW YORK (AP) — It took less than a week for FTX to go from the third-largest cryptocurrency exchange in the world to bankruptcy court.

The embattled cryptocurrency exchange, short billions of dollars, is seeking bankruptcy protection after the exchange experienced the crypto equivalent of a bank run. FTX, the hedge fund Alameda Research, and dozens of other affiliated companies filed a bankruptcy petition in Delaware on Friday morning.

CEO and founder Sam Bankman-Fried has resigned, the company said. Bankman-Fried was recently estimated to be worth $23 billion and has been a prominent political donor to Democrats. His net worth has all but evaporated, according to Forbes and Bloomberg, which closely track the net worth of the world’s richest people.

“I was shocked to see things unravel the way they did earlier in the week,” Bankman-Fried wrote in a series of posts on Twitter.

FTX’s unraveling is causing ripple effects. Already companies that backed FTX are writing down their investments. Politicians and regulators are ramping up calls for stricter oversight of the crypto industry. And this latest crisis has put pressure on the prices of bitcoin and other digital currencies. The total market value of all digital currencies dropped by about $150 billion in the last week, according to CoinMarketCap.com.

Bankman-Fried has other problems as well. On Thursday, a person familiar with the matter said the Department of Justice and the Securities and Exchange Commission were looking into FTX to determine whether any criminal activity or securities offenses were committed. The person could not discuss details of the investigations publicly and spoke to The Associated Press on condition of anonymity.

The investigation is centered on the possibility that FTX may have used customers’ deposits to fund bets at Alameda Research. In traditional markets, brokers are expected to separate client funds from other company assets. Violations can be punished by regulators.

In its bankruptcy filing, FTX listed more than 130 affiliated companies circled around the globe. The company valued its assets between $10 billion to $50 billion, with a similar estimate for its liabilities. The company appointed as its new CEO John Ray III, a long-time bankruptcy litigator who is best known for having to clean up the mess made after the collapse of Enron.

FTX had agreed earlier this week to sell itself to bigger rival Binance after experiencing the cryptocurrency equivalent of a bank run. Customers fled the exchange after becoming concerned about whether FTX had sufficient capital.

The crypto world had hoped that Binance, the world’s largest crypto exchange, might be able to rescue FTX and its depositors. However, after Binance took a look at FTX’s books, it concluded that the smaller exchange’s problems were too big to solve and backed out of the deal.

FTX is the latest in a series of cascading disasters that have shaken the crypto sector, now under intense pressure from collapsing prices and circling financial regulators. Its failure is already being felt throughout the crypto universe.

On Thursday, the venture capital fund Sequoia Capital said Thursday it is writing down its total investment of nearly $215 million in FTX.

The cryptocurrency lender BlockFi announced on Twitter late Thursday that it is “not able to do business as usual” and pausing client withdrawals as a result of FTX’s implosion.

In a letter posted to its Twitter profile late Thursday, BlockFi — which was bailed out by Bankman-Fried’s FTX early last summer — said it was “shocked and dismayed by the news regarding FTX and Alameda.”

The company ended by saying any future communications about its status “will be less frequent that what our clients and other stakeholders are used to.”

Bitcoin tumbled immediately after the letter was posted and is trading below $17,000. The original cryptocurrency, bitcoin had been hovering around $20,000 for months before FTX’s problems became public this week, sending it down briefly to around $15,500.