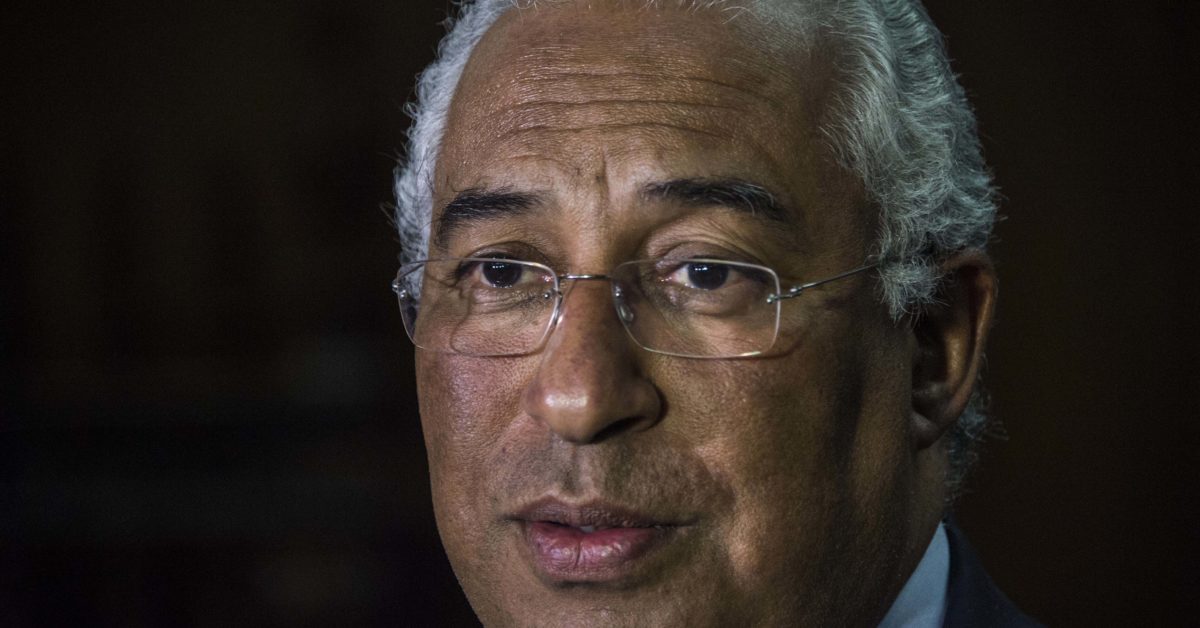 Socialist Prime Minister AntÃ³nio Costaâ€™s six-year love-in with Portugalâ€™s far left ended ugly Wednesday when the Communist Party and Left Bloc ganged up with the right to vote down his minority governmentâ€™s budget and plunge the country into political crisis.

Without a working majority, Costa is expected to limp on as head of a caretaker government after parliament is formally dissolved next week, then lead his Socialist Party (PS) into an early election likely to be held in January.Â

But the political strategy of reaching out to the hard left, which kept him in power since 2015 and was touted as a model for the European left, is in tatters.

â€œTheÂ geringonÃ§aÂ is dead, I hope it rests in peace,â€ quipped JoÃ£o Cotrim de Figueiredo, leader of the center-right Liberal Initiative party, using the word meaning â€œrickety contraptionâ€ that has long stuck to Costaâ€™s cohabitation with the radical left.

After this weekâ€™s feuding, itâ€™s hard to see how Costa could patch up his mÃ©nage Ã  trois with Communist leader JerÃ³nimo de Sousa and the Left Blocâ€™s Catarina Martins.Â

â€œWhy does the government insist on leaving more than two million workers stripped of their rights, at the mercy of big capital?â€ de Sousa asked Costa in parliament Tuesday.Â

Costa retorted that his former allies were irresponsibly vetoing a budget, which analysts have describedÂ as the most left-wing in years, at a time when the country needs a stable government to pull out of the pandemic and make full use of a plannedÂ â‚¬16.6 billionÂ in European Union recovery funds.Â

â€œNobody out there in the country will understand how you could block a budget that brings free crÃ¨ches, fiscal progress and stronger public services,â€ Costa told de Sousa.

As Portugal now shifts into pre-election mode, Costa is hoping voters will punish the hard-left parties for triggering the crisis and give the Socialists the absolute majority they missed by eight seats in 2019.Â

With the left at daggers drawn and a divided center right languishing in the polls, there are few other options to resolve Portugalâ€™s political imbroglio.Â

No single party has won a parliamentary majority since 2005. Securing an outright victory is made harder by a recent fracturing of politics that saw 10 parties win seats in the 2019 election.

â€œWeâ€™re heading for a very confused political situation â€¦ with all these new parties, weâ€™re entering uncharted territory,â€ said Francisco Pereira Coutinho, a professor and constitutional expert at Lisbonâ€™s NOVA university. â€œThe Bloc and the Communists are already so low in the polls; I donâ€™t see where the Socialists can find more votes on the left to make a majority.â€

Latest pollsÂ show the PS well in front on 39 percent, three points up on its 2019 score. The main center-right opposition Social Democratic Party (PSD) has seen support stagnate under leader Rui Rio and polls at around 27 percent.Â

However, the election comes at a bad time for Rio, who is facing his third leadership challenge in four years. Paulo Rangel, a member of the European Parliament, aims to unseat him in a party vote on December 4.

Underscoring his shaky grip on the party, Rio had to head off rumors of a possible revolt by its lawmakers from Madeira island, after the PSD head of the regional government hinted he was open to a last-minute deal that could save Costa.Â Â

Both far-left parties hope their hard line on the budget will stem a hemorrhage of electoral support since they allied with the Socialists.Â

The combined score of their candidates in Januaryâ€™s presidential election was just 8.3 percent, way down from the 18.5 percent they totaled in the 2015 parliamentary vote that first brought Costa to power.

Standing to gain most from an early election is the far-right Chega party, which didnâ€™t exist in 2015 and won just 1.3 percent in 2019. Its leader AndrÃ© Ventura scored 11.9 percent in this yearâ€™s presidential election.Â

Costa broke the mold of Portuguese politics in 2015 when he negotiated the unprecedented agreement to govern with support from the far left, a first since the country returned to democracy in the mid-1970s.Â

The leftists set aside their more radical goals such as widespread nationalization, quitting NATO or ditching the euro, but won concessions on social and economic policy, even if Costa insisted on sticking to EU spending limits.

Although their formal pact ended after Costa was re-elected with a stronger mandate in 2019, the Socialists continued to rely on far-left support, notably in passing budget bills.Â

The resilience of the â€œcontraptionâ€ coalition and Costaâ€™s sustained poll popularity was viewed with envy by embattled center-left parties elsewhere in Europe.

â€œWhatâ€™s happening in Portugal inspires me so much,â€ BenoÃ®t Hamon, then-leader of Franceâ€™s Socialists said in 2017, as heÂ joined a lineÂ of European center-left leaders flocking to Lisbon to discover the secret of Costaâ€™s success.Â

Since then, Spainâ€™s Socialist Prime Minister Pedro SÃ¡nchez has gone a step further, inviting the radical Unidas Podemos into aÂ sometimes-stormyÂ government coalition. Radical-left parties also sit in governments led by the center left in Finland and Denmark, although such alliances are more common there.

In France,Â two-thirds of left-wing votersÂ want their parties to unite behind a single candidate in next yearâ€™s presidential election. But few believe squabbling Socialist, far-left and Green contenders can unite in a bid to halt the leftâ€™s long electoral decline.

Despite the messy breakup, Costa shows no regrets about his affair with the far left.

â€œIâ€™m proud of what weâ€™ve done â€¦ and Iâ€™m frustrated that we couldnâ€™t do more,â€ he told parliament Wednesday. â€œThe left has so much potential to take our country forward. A left that is balanced and responsible has the power to change our country.â€