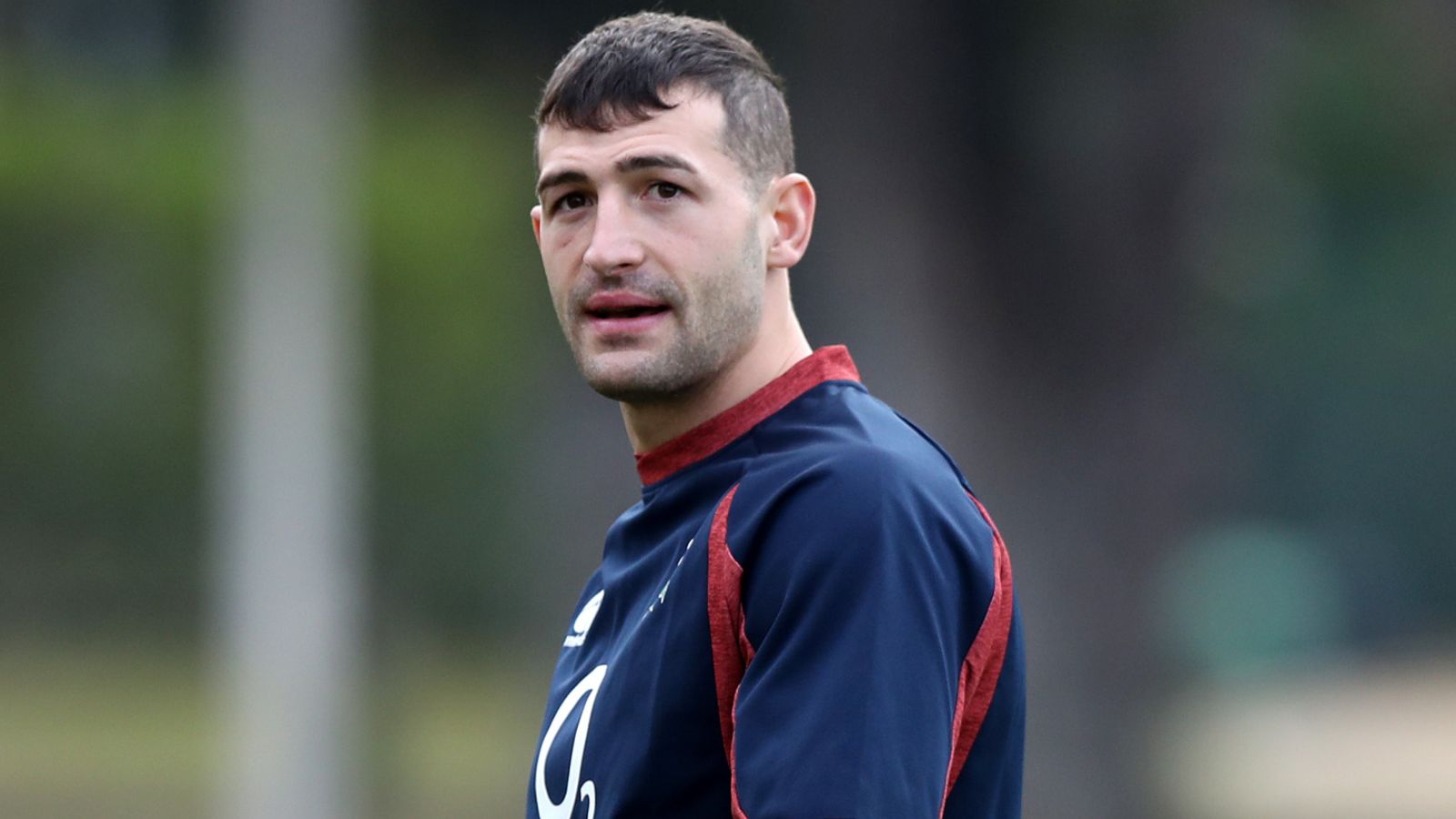 Watch England take on the Barbarians at Twickenham on Sunday, October 25, live on Sky Sports Arena from 1pm

Jonny May says he “can’t imagine” anyone in the England team jeopardising the upcoming internationals by intentionally breaching coronavirus protocols.

Piers Francis was forced to withdraw from Eddie Jones’ initial 28-man training squad after testing positive for coronavirus, while Sale Sharks had to forfeit their Premiership fixture against Worcester – which cost them a chance to make the play-offs – as the global pandemic continued to impact rugby union in the country.

England’s football team has been hit by two incidents in as many months as Tammy Abraham, Ben Chilwell and Jadon Sancho attended a party with more than six people for the Chelsea striker’s birthday on Saturday, while Phil Foden and Mason Greenwood were sent home for breaching protocols while on international duty in Iceland last month.

May, who sympathised with the Sharks’ situation, says it is possible for the virus to enter a team environment through a “bit of bad luck” but says he cannot see it happening as a result of poor player behaviour in the England camp.

Asked if Eddie Jones has to remind players what is expected of them, May said: “I don’t think he needs to. No, he doesn’t need to. You’d be mortified if you were the guy to slip up.

“But I can’t imagine people even risking it because of the precautions and implications in terms of the opportunity you miss – the opportunity that the whole country and the whole world get through watching live sport is huge.

“So we’re fully aware of how important it is to make sure that we do everything we can to get these games to go ahead.

“Of course there’s an element of sacrifice with hitting the line on all these standards, but you literally do it at the drop of a hat because you want to play rugby and you really want to play for your country.

“So yeah, we’re going to make sure we hit all the standards and be as safe as we possibly can because it’s not just an opportunity for us, it gives some people who might be going through tough times at home the opportunity to watch us play on TV and distract their heads from how crazy the world is at the moment, or put a smile on their face; give them something to be excited about.

“You’d be gutted if you were the guy to slip up, but if we do slip up it will be something that’s happened honestly and accidentally. We certainly won’t allow it to come in by not doing what we’re told.”

On the situation at the Sharks, the 30-year-old said: “It obviously is a huge shame for Sale but it just shows that all it takes is a bit of bad luck or a little bit of a slip-up and it gets into your camp and it can go round the whole team pretty much quite quickly if you don’t catch it or if you don’t spot it in time or get on top of it.

“The best-case scenario is just to keep it out altogether, but I’m sure Sale were doing everything they possibly could, and sometimes it probably isn’t going to be enough with Covid because you can just get it anywhere doing anything.

“You obviously have to hit the line with all your things and hope that’s enough, but sometimes you could be unlucky as well.”

Mitchell: We have to lift the spirits of the people

England’s assistant coach John Mitchell says people have been “humbled” and “hurt” by the pandemic, and he feels it is the responsibility of the England team to bring a smile to the fans.

“You’ve just got to be mindful and aware of your responsibilities around hand sanitiser and all those sorts of things,” Mitchell told Sky Sports.

“A lot of people have gone through hurt during this period and have been humbled and it’s been around all of us.

“We’ve all got our own stories, so yeah, we’ve got a really good opportunity to prepare well here for England and then put a smile on people’s faces when we perform.

“I think that’s really important to lift the spirits of the people in the country through the opportunity that we can continue as the England rugby team.”

Mitchell says all the management can do is drive home the importance of sticking to the rules and trust the players will make the right decisions.

“Like anything you’ve got choices to make, and it’s really important that you make the right choices. At the end of the day it’s down to individuals and just making people aware of their responsibilities,” he said.

“I don’t think you can do much more than that. You don’t wish this virus on anyone, it’s just important to be mindful and aware wherever you are, whatever situation you’re in.

“We’ve been clearly orientated and we understand the standards that we have to meet in this area in order to enhance our preparation.

“This situation is far bigger than yourself and you’ve got to remind yourself of that often when you’re in this environment.”