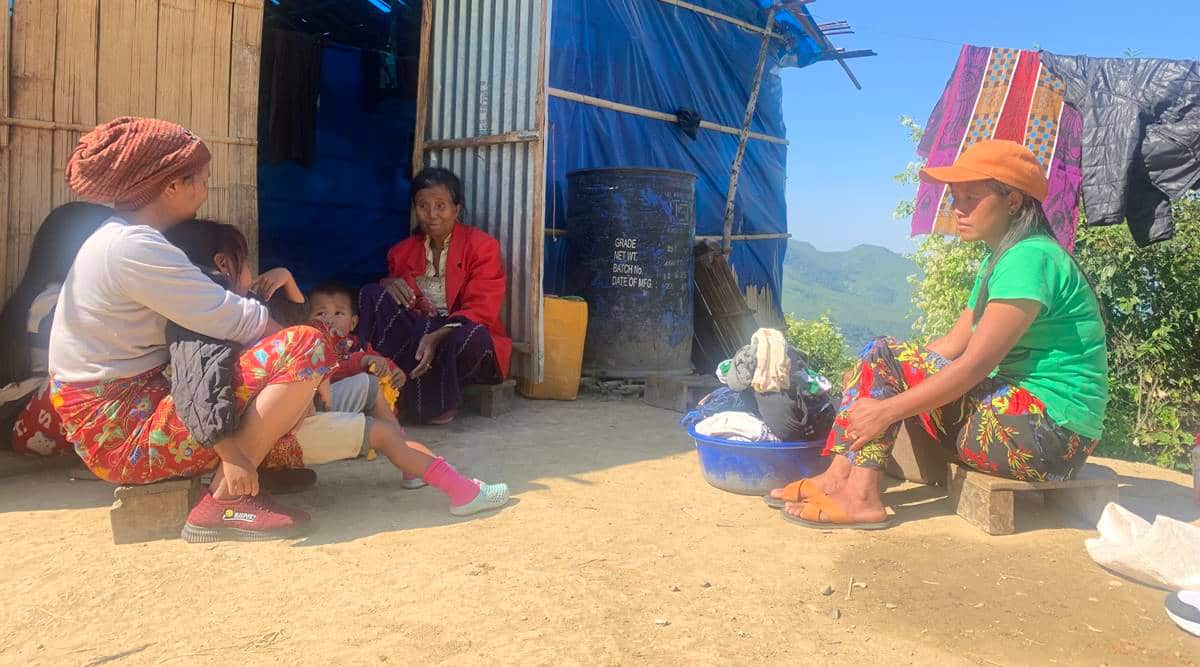 Over 2,000 people from Myanmarâ€™s Chin state have crossed over into the border villages of Mizoram since January 5, according to government sources in the North-Eastern state and NGOs providing assistance to the displaced persons.

Among those who arrived in the last two weeks were four persons with shrapnel wounds. They took admission in a private hospital in Aizawl, where one succumbed to his injuries. His body had to be taken back across the border to Myanmar.

Since the military coup in Myanmar in February 2021, Chin state has been in the forefront of the armed resistance to the junta and has, therefore, faced the brunt of the Myanmar armyâ€™s wrath.

Some 15,000 people from Chin state crossed into Mizoram last July-August during the fighting that broke out between a pro-democracy civilian resistance group called Chin Defence Force (CDF), backed and trained by the Chin National Army.

Mizoram shares a 510-km border with Myanmar at Chin state, and people of common ethnicities live on both sides of the border.

The junta tried unsuccessfully to break the Chin resistance late last year with a new offensive in the areas of Falam and Thantlang. The entire state is now in ferment with frequent clashes as the CDF and a network of Peopleâ€™s Defence Force groups allied to the civilian National Unity Government, which describes itself as Myanmarâ€™s government in exile, battle the junta.

According to reports in the news portal FrontierMyanmar, entire villages in Chin state have been burnt down, and more troops have been arriving steadily, giving rise to fears of a new offensive. Earlier this month, there were deadly clashes in Matupi in the south and Tiddim in the north between the civilian armed groups and the junta. A few days ago, clashes were reported in Falam area.

â€œThese days, every day refugees are arriving in the border villages. We are trying to ascertain the number, but it is quite difficult,â€ said a government source.

Unofficial estimates place the number of arrivals from January 5 to January 20 at over 2,000. The highest influx was in Hnahthial, where over 1,000 people are said to have crossed over to escape the violence. Hnahthial is located right across the Chin township of Falam. Lunglei and Lwangtlai, located opposite Thantlang, Falam and Hakha, have together seen some 1300 people cross over this time. Over 100 people crossed over into Saiha. Over 800 people arrived in Mamit near the Tripura border.

According to M C Lalramenga, president of the Young Mizo Association of Tuipuiral in Champhai district, some 50 people crossed in the last two weeks after renewed violence. Champhai is opposite Tiddim. Among those who crossed over were four people with injuries apparently caused by a bomb explosion. One of the four succumbed to the injuries, while three remain in the ICU of a private hospital in Aizawl, said Lalramenga.

It is not clear where they were injured.

The government source said NGOs, church groups and village officials had formed â€œrefugee caretaker committeesâ€ and were looking after the displaced persons, with the local administration also assisting them. The NGOs are also mobilising donations of funds and relief such as clothes and food for the refugees.

Last year, the Centre had instructed the governments of the North-East states and Assam Rifles not to provide shelter to any of the displaced people and to deport them. But Mizoram Chief Minister Zoramthanga had declined to abide by that order and said it was the duty of the Mizo people to care for the refugees.

In December, Zoramthanga said, after a meeting with Prime Minister Narendra Modi, that he had been assured the Centre was going to draw up a plan to assist the refugees.

â€œThe Centre is willing to help but it cannot directly help the Myanmar refugees because India is not a signatory to the UN Refugee Convention of 1951 and its 1967 Protocol,â€ Zoramthanga said. That plan is still pending.