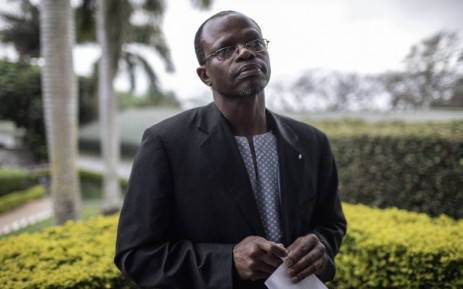 Political tension is escalating in the Kingdom of Eswatini after the murder of highly regarded human rights lawyer Thulani Maseko, on Saturday night, leading to the government denouncing “speculation” that the well-known activist was killed because of his constant calls for democracy.

Maseko, chairperson of the pro-democracy MultiStakeholder Forum, was shot dead at his home in Luyengo, in southeast Eswatini, about 45km from the capital Mbabane. He was 52 years old.

In a public statement released on Sunday, Nxumalo said the Eswatini government disassociated itself and the country’s authorities from the murder.

“Such speculations are dangerous as they hamper investigations and take the attention away from the real criminals,” said Nxumalo.

According to the secretary general of the Law Society of Swaziland, Charity Simelane, there had been a dark cloud over the country’s legal profession after the killing of Maseko.

“We are truly saddened. The law society has lost an icon, a pioneer in his field [who was also] its former secretary general from 2018 to 2021,” Simelane told the Mail & Guardian.

“We have lost a true and dedicated defender of human rights and the rule of law. The loss of Thulani Rudolf Maseko has left a huge void and massive shoes to fill within the legal fraternity.”

“For us in South Africa, this has similarities with the killing of Bheki Langa by apartheid dark forces. Whether authorised or not authorised by the powers that be, all indications are that this is an assassination and not a random crime,” said Madonsela, who holds the chair in Social Justice at Stellenbosch University.

“If it’s true that it is an assassination then it is logical to conclude that his only crime [was] to help the people of Eswatini to resist oppression and repression and demand democracy and social justice.”

Maseko was killed less than six hours after King Mswati, Eswatini’s absolute monarch, threatened to “deal with” those calling for democracy”. The king was addressing his regiments at eNgabezweni Palace when he made the comment.

Mswati’s spokesperson, Percy Simelane, told the M&G that, at this early stage, it was difficult to know who shot Maseko.

“With intelligence still missing, we find it very difficult to know who exactly killed lawyer Thulani Maseko and why. Police are still investigating and we believe in the end the truth will prevail.

“At the moment, the information highway is jammed with speculation and insinuation on which we cannot professionally base our argument. We elect to wait for intelligence to be available,” said Simelane.

On Sunday, the European Union spokesperson for foreign affairs and security policy,  Nabila Massrali, released a statement condemning the assassination of Maseko and called for urgent political dialogue to restore peace and stability within the volatile kingdom.

“Since June 2021, the EU, as a long-standing and reliable partner of the country, has followed with grave concern the situation in Eswatini.

“The EU urges the authorities to launch comprehensive and inclusive dialogue as a matter of urgency and priority, on terms facilitated by [the Southern African Development Community], towards national reconciliation, respect for human rights and the rule of law and, ultimately, lasting peace,” reads the statement.

The embassy of the United States in Eswatini said the country and the world had “lost a powerful voice for non-violence and human rights”.

Maseko was known for playing a significant role in fighting for the rights of Zimbabweans and others within the sub-Saharan African region.

Advocate Nelson Chamisa, leader of Zimbabwe’s Citizens Coalition for Change opposition party, said the death of Maseko was a “big blow” for democracy in Eswatini, the region and the continent.

“Thulani was a symbol of democracy, justice, defending the rule of law and human rights,” he said.

According to Mandla Hlatshwayo, a founding member of the People’s United Democratic Movement, the largest opposition party in Eswatini, Maseko was assassinated because he was a leading voice for democratic reforms in Eswatini.

“We must highlight the central issue in the assassination of comrade Thulani, namely the demand by the people of Swaziland for democracy and self-determination and the right to elect a government of their choice — independent of the king and royal family.

“Comrade Thulani has been at the forefront in this advocacy on behalf of the poor and the working class of Swaziland,” he said.