EU and US slap sanctions on Russia over Navalny 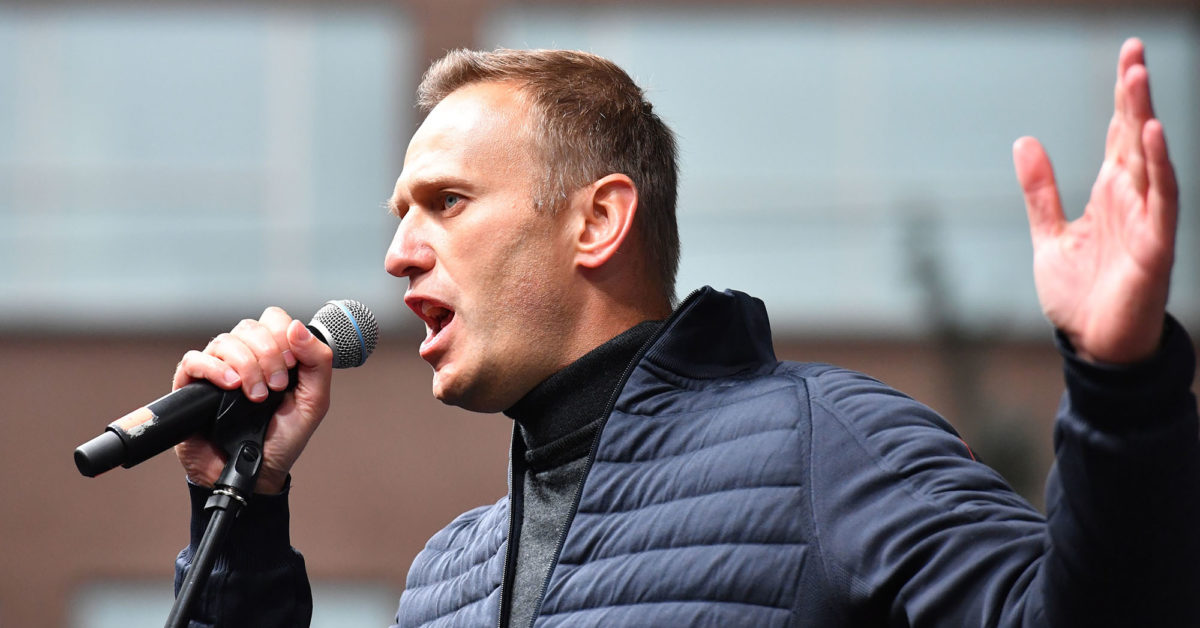 Brussels and Washington imposed new sanctions against senior Russian officials on Tuesday, delivering a one-two punch at the Kremlin over the poisoning attack and jailing of opposition leader Alexei Navalny.

The Council of the EU formally imposed penalties on the head of Russia’s investigative committee, AlexanderÂ Bastrykin; the prosecutor-general, Igor Krasnov; the head of the national guard, Viktor Zolotov; and the head of the federal prison service, Alexander Kalashnikov, for “their roles in the arbitrary arrest, prosecution and sentencing of” Navalny, according to a statement, “as well as the repression of peaceful protests in connection with his unlawful treatment.”

The U.S. Treasury, State and Commerce departments, meanwhile, imposed somewhat broader sanctions that also included penalties for the assassination attempt on Navalny last summer in which he was poisoned with a military-grade nerve agent. The U.S. measures include sanctions on seven senior Russian officials â€” whom the White House did not identify â€”Â as well as an expansion of sanctions under the Chemical and Biological Weapons Control and Warfare Elimination Act, new export restrictions on items that could be used for biological agent and chemical production, and visa restrictions, Biden administration officials said.

While the same-day announcement of the new measures sent a symbolic message of Western unity against malign activities by President Vladimir Putin’s government, the Western powers notably did not grant a request by Navalny and his supporters to impose penalties against wealthy Russian oligarchs who are connected to the Kremlin but maintain sizeable assets outside of Russia.

EU officials have said they were precluded legally from taking such a step because they could not directly tie the prominent oligarchs to the repressive actions taken against Navalny and his supporters.

As part of its move to punish Russia, the Biden administration also declassified intelligence that implicated Russia’s Federal Security Service, the FSB, in carrying out the assassination attempt against Navalny last summer, in which he was poisoned with a Novichok nerve agent. Putin has personally mocked the accusations that the Russian government carried out the attack, saying that if the security services wanted Navalny dead, they would have finished the job.

The Bellingcat news site, working with partners, also implicated the FSB in the attack, and even identified individual agents who trailed Navalny on the trip to Siberia during which he was poisoned. Navalny, impersonating a government security official, later telephoned one of those agents who confessed his role in the attack during their 49-minute conversation.

The EU sanctions represent the first time that Brussels is using a new legal framework for penalizing human rights violations. The penalties against the four officials include a travel ban and asset freeze.

One senior U.S. official characterized the coordinated announcement of the measures as “a demonstration of transatlantic unity.” Biden and his Secretary of State Antony Blinken have committed to working closely with the EU.

â€œFrom his first phone call with President Putin, President Biden has been clear that the United States will respond to a number of destabilizing Russian actions,â€ a senior administration official said Tuesday in a press call previewing the new measures. The official said the administration had requested â€œnew or declassified intelligence community assessments in four such areas, and plan to respond to each of them in the coming weeks. Today is the first such response, and there will be more to come.â€

Navalnyâ€™s poisoning by Russian security forces last August and his jailing in Moscow was deemed urgent enough to warrant a quicker response, even if the broader review of U.S.-Russia policy â€” launched by the administration in January â€” is still ongoing,Â people familiar with the deliberations told POLITICO last month.

Navalny was jailed immediately upon his return to Russia earlier this year from Germany, where he was treated and recovered from the poisoning attack. While he was recovering, he was accused of violating the terms of his parole connected to a fraud case in which he had received a suspended sentence. Navalny contested the alleged violations, telling a judge he did not check in with parole officers because he was in a coma. Both the underlying fraud case and his current imprisonment have been condemned by the European Court of Human Rights.

As part of the U.S. measures, the Commerce Department also added 14 parties to its entity list on Tuesday that were determined to be involved in â€œvarious aspects of biological agent production and chemical production,â€ one official said. The move will severely restrict exports to nine commercial entities in Russia, three in Germany, one in Switzerland and a separate government research institute.

And in yet another sign of the West’s stand against Moscow, European Council President Charles Michel was in Ukraine on Tuesday where he visited the war zone in the eastern Donbass region and declared the EU’s support for Ukraine’s sovereignty and territorial integrity. Michel also said that sanctions against Russia would remain in place until the full implementation of the Minsk 2 peace accord.

In Washington, a Republican senator from Nebraska issued a statement denouncing the Russian president and calling for additional steps.

“Putin is a coward who hires hitmen to keep his grip on power, but theÂ RussianÂ people are tired of living under a paranoid despot,” Senator Ben Sasse said in his statement. “These sanctions and the addition ofÂ RussianÂ entities to the Commerce Departmentâ€™s blacklist send a clear message to Moscow, but we can’t stop here. The U.S. and our allies should invoke the provisions of the Chemical Weapons Convention to demand inspections of Putin’s facilities that produced the nerve agents involved in Navalnyâ€™s poisoning. We need to kneecap all financial support to Putin’s corrupt regime.”