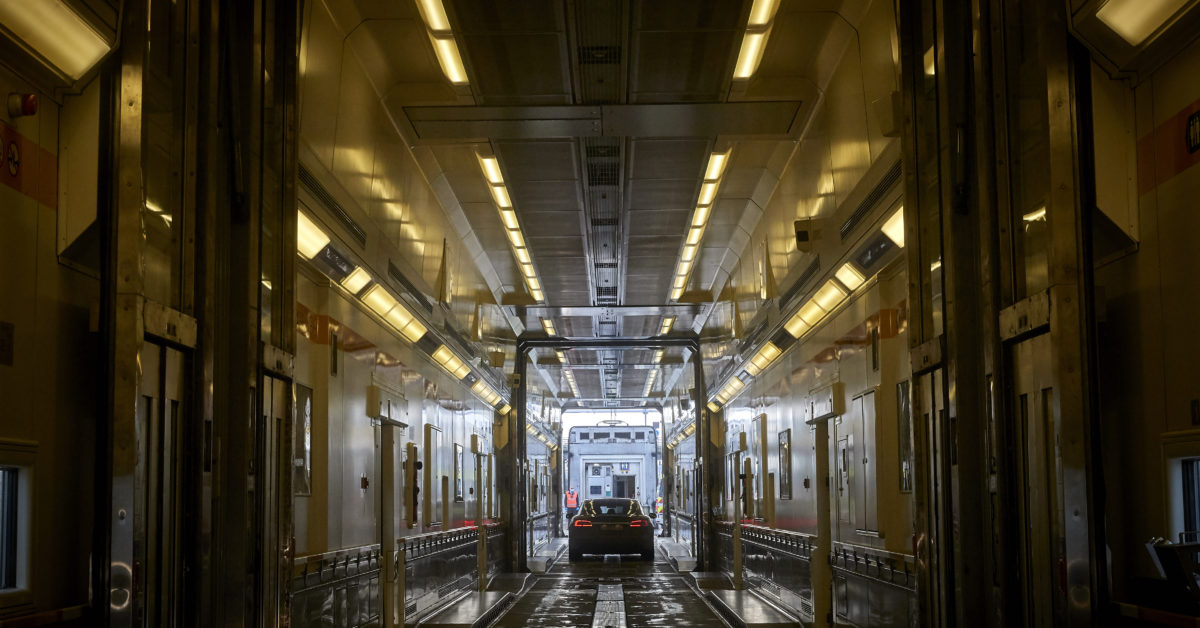 Eurotunnel is warning British citizens living in the EU that they cannot travel through France by car to get home from the U.K.

The notification comes as British nationals based in the EU have been left worried about their travel plans after a British man living in Belgium said he was barred Tuesday night from traveling through the Eurotunnel, which connects the U.K. and France and serves as a main conduit to mainland Europe.

Roland Moore, who works as a public affairs director in Brussels, wrote in a social media post that he was escorted from the Eurotunnel.

â€œI was told being a Belgian resident … was no longer a compelling reason for transiting [France] to go home,â€ he wrote, despite holding an â€œMâ€ card, a Belgian residence document issued to British citizens who qualify as “beneficiaries” of the Brexit agreement.Â

In an â€œurgentâ€ update on its website, Eurotunnel appeared to confirm on Wednesday that the French government had changed its rules.

â€œFollowing a French Government decision, on 28/12/2021, unless they hold French residency, British citizens are now considered 3rd country citizens and can no longer transit France by road to reach their country of residence in the EU,â€ the statement said.

According to French travel guidance, â€œnationals of the European Union or equivalent,” as well as their partners and children, “who have their main residence in France or who join, in transit through France, their main residence in a country of the European Unionâ€ are considered to have a compelling reason for traveling from the U.K. through France.

But Moore said that he was handed a document by French authorities explaining the decision to ask him to leave the Eurotunnel.

â€œFrom now on, border guards should no longer consider as a compelling reason the fact, for a British national beneficiary of the [Brexit] withdrawal agreement residing in a Member State other than France, to transit through France to regain his domicile,â€ it said.

Although the French government hasn’t made an official announcement about the rule change, the document and Eurotunnel statement says the ban does not apply to British people living in France, or people from the U.K. that also hold an EU passport through dual nationality. But it does apply to British citizens living outside France in the EU.

Moore wrote: â€œImagine how I felt. Stranded and deserted last night and escorted off @LeShuttle property like a criminal.â€

The Eurotunnel links Folkestone in England and Coquelles, near Calais, in France. Prior to Eurotunnel’s announcement, Mooreâ€™s case had led to some confusion among British people based in the EU about the rules.

The French government’s website still appears to suggest that British nationals can travel via France if they live in the EU. On the â€œBrits in Brusselsâ€ Facebook page, several people said that they had been able to travel through the Eurotunnel on Wednesday.

A press officer for the French Interior Ministry contacted by POLITICO on Wednesday couldnâ€™t confirm or deny the information and pointed to guidance online.

Franceâ€™s ambassador to the U.K., Catherine Colonna, also advised on social media that British people check the same guidance, responding to queries about Mooreâ€™s case. GetLink, which operates the Channel Tunnel, did not respond to several requests for comment.

A spokesperson for rail operator Eurostar said in an email the company doesnâ€™t believe any new rules would apply to its train links between London and Brussels. Thatâ€™s because travel entry rules depend on destination stations, meaning British and Belgian rules apply.