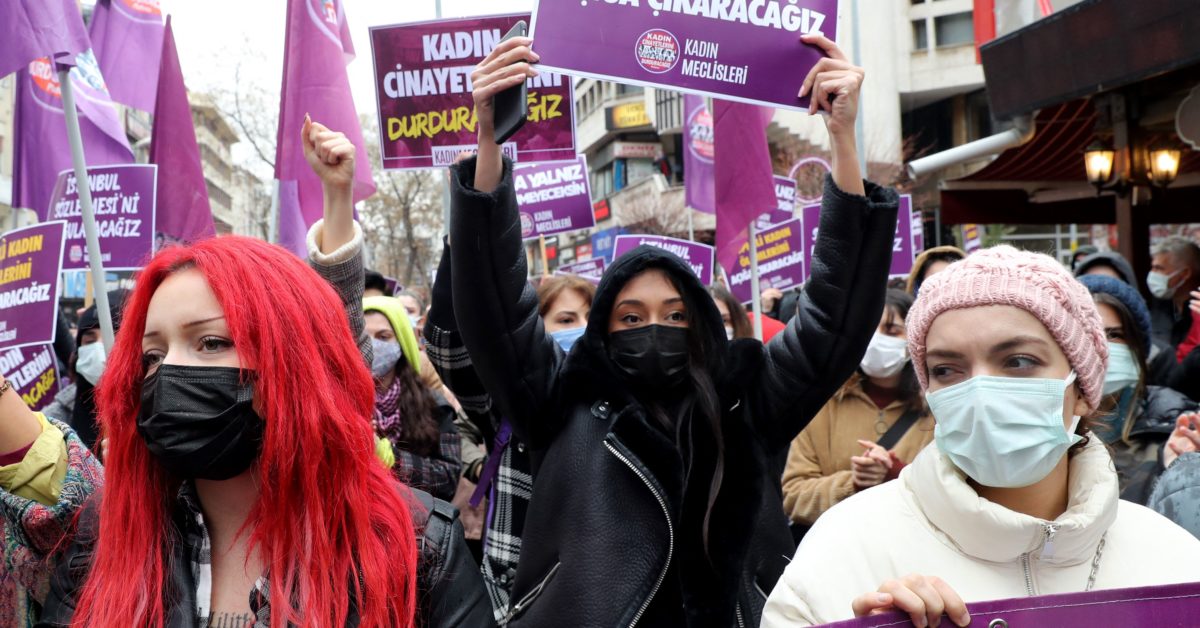 The European Commission is urging Turkey to return to an international treaty aimed at combatting violence against women after Ankara pulled out of the pact.

Turkish President Recep Tayyip ErdoÄŸan on Saturday issued a decree annulling his countryâ€™s ratification of the Istanbul Convention, a Council of Europe accord named for the city where it was forged. The decision triggered protests in several Turkish cities.

On Sunday, Commission President Ursula von der Leyen threw her support behind the treaty, calling on all signatories to ratify the treaty and adding: â€œWomen deserve a strong legal framework to protect them.â€

ErdoÄŸan gave no reason for his decision, but conservatives in Turkey have argued the convention undermines traditional family structures. Similar debates are playing out in Poland, and several European signatories â€”Â including Hungary and the United Kingdom â€”Â have yet to ratify the treaty.

Heiko Maas, Germanyâ€™s foreign minister, said that Turkeyâ€™s departure from the Convention was a â€œstep backward and a wrong signal to Europe.â€

â€œNo tradition justifies questioning the protection of women from violence,â€ he wrote on Twitter late Saturday.