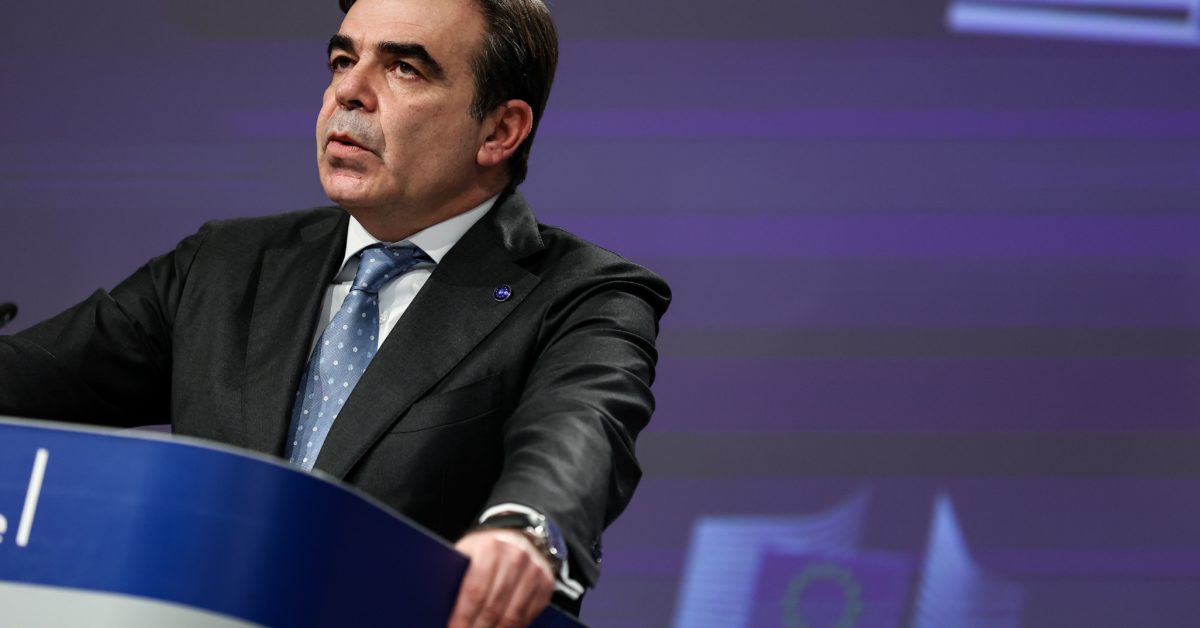 Schinasâ€™ comments reflected notable differences between the Greek commissioner, who is from the center-right European Peopleâ€™s Party (EPP), and Johansson, a Swedish social democrat, over how to deal with criticism of Frontexâ€™s internal management and its border and coast guard operations.

FrontexÂ is facing accusationsÂ of illegal pushbacks of asylum seekers, harassment and misconduct, which are under investigation by the EUâ€™s anti-fraud watchdog OLAF. On Monday, Johansson attacked Leggeri at a closed-door European Parliament hearing by saying he had shown a â€œreluctanceâ€ to comply with EU rules for the agency, which had led to â€œshortcomingsâ€ at Frontex.

Schinas, in contrast, called Frontex â€œa central piece for the successâ€ of the EUâ€™s new migration and asylum strategy. Speaking at an event organized by the Robert Schuman Foundation think tank, he expressed â€œall our institutional supportâ€ for the Warsaw-based agency.

While admitting that there are â€œmanagement issues that need to be resolved in a clear and compelling mannerâ€ and that Leggeri had â€œthe executive responsibility to do so,â€ Schinas fired back at critics: â€œI donâ€™t accept the attempt by some circles to mix it all together to build a narrative that weakens Frontex at a time when we need the agency the most. That I will never accept.â€

He added: â€œSo we need to clarify things and continue working as planned.â€

An EU official said there had been â€œtensionsâ€ in recent days between Schinas and Johansson following the latterâ€™s critical remarks in Parliament.

Schinasâ€™ EPP has taken a more supportive position of Frontex and Leggeri. Its MEPs have argued that OLAF must first investigate the allegations and now is not the time to question the directorâ€™s leadership role. In contrast, the Socialists & Democrats group in the European Parliament demanded back in December that Leggeri should leave his post, and it reiterated that call this week.

During Thursdayâ€™s event, Schinas argued that support for Frontex came not only from the Commission but also â€œall the [EU] member states and the European Parliament,â€ since they had jointly adopted a new mandate and budget for the agency, under which it is set to be dramatically expanded.

Speaking at the same event, Leggeri said Frontex was â€œwell aware of its responsibility and the need to be able to explain and account for the way we operate.â€

He added that it is â€œquite normalâ€ that the agencyâ€™s expansion â€” including a program to create a 10,000-strong standing corps of border guardsÂ in the coming years â€” â€œprovokes reactions, because itâ€™s unusual.â€ He also admitted that â€œthere may be delays in the implementation of certain things, it certainly wonâ€™t be perfect.â€

Reacting to the allegations of illegal pushbacks of asylum seekers, Leggeri said it is â€œin the interest of the agency to be able, thanks to all these investigations and the answers that we provide, to show that the work has not been done in a way contrary to the law.â€