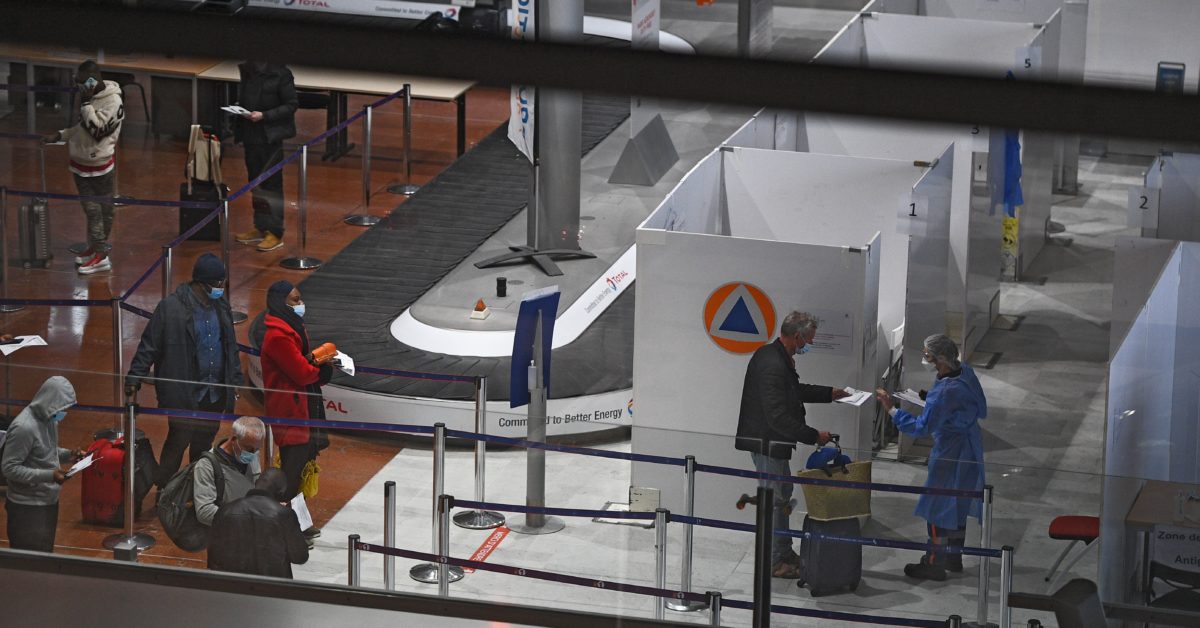 After agreeing tougher rules for travel within the bloc, EU countries are set to tighten restrictions on travel into it.

Heeding calls for tougher travel restrictions given the increase in infection numbers and the circulation of new, more virulent strains of the virus, EU ambassadors Monday agreed to tighten the rules. A formal decision, via a written procedure, is due Tuesday.

The European Commission last week proposed to only exempt countries with a 14-day total of reported infections below 25 per 100,000, a rate of at least 300 tests per 100,000 in the preceding week and a ratio of positive tests not higher than 4 percent. The presence of worrying strains of the virus should also be taken into account, it said.

It also said passengers allowed to travel into the EU should still be required to pass a PCR test 72 hours ahead of departure; transport and cross-border workers should at most be asked to get rapid antigen tests upon arrival.

EU countries are set to go further, however: According to a copy of the text, seen by POLITICO, they could also ask transport personnel coming from countries “where a high incidence of variants of concern of the virus is detected” to get a negative antigen test before departure.

They’re also set to agree that countries “may temporarily limit” the categories of travelers with an essential role, such as transport staff, transit travelers, seafarers or medical professionals, although “travel justified by compelling reasons should still remain possible.”

The update comes after Council agreed to ramp up travel restrictions within the EU. A new “dark red” category will be added to a color-coded map of health risks across the bloc, amid concerns that the high-risk “red” category currently covering most of Europe hides major differences.

Travelers from dark-red regions or areas with worrying strains of the virus should be asked to take a test before their trip and quarantine on arrival. But pre-travel tests could also be asked from travelers from orange, red or gray zones, Council agreed.

Transport workers should “in principle” not be asked to pass a test, but if EU countries demand one, they should use rapid antigen tests.