EU gets serious about protecting its model of sport 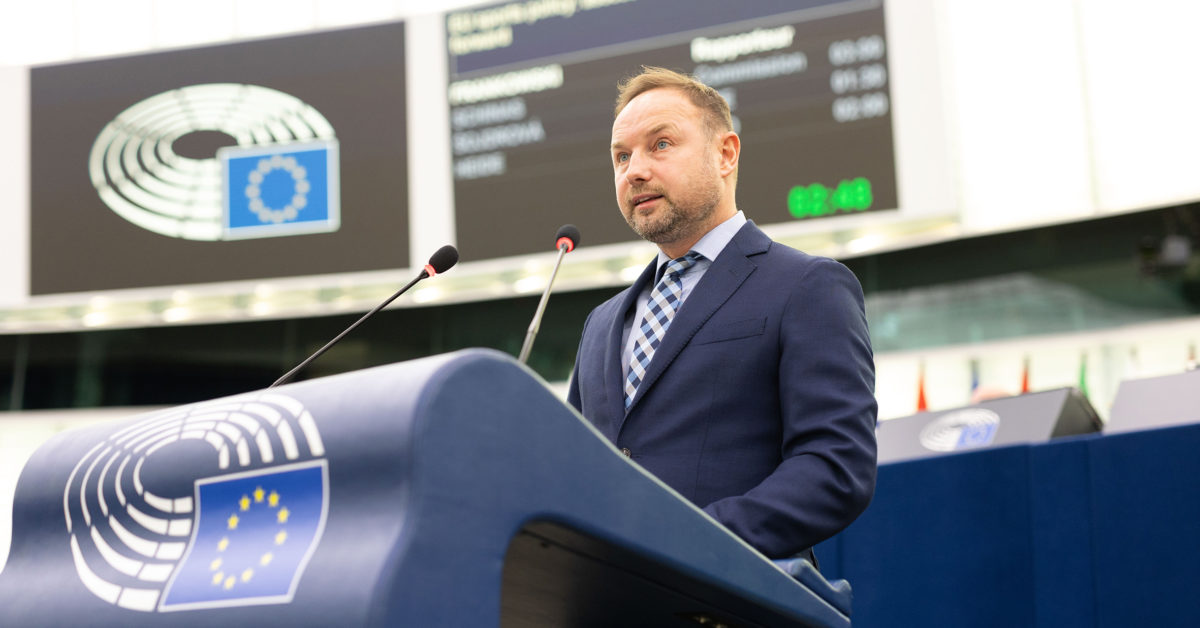 The controversial football Super League appears to have convinced the EU that itâ€™s time to get serious about sport.Â

On Tuesday in Strasbourg, European lawmakers overwhelmingly backed a report on EU sports policy that calls for a European sports model based on â€œsolidarity, inclusiveness, open competition and fairness.â€ The report strongly opposes breakaway leagues, a shot at the rebel Super League, which launched and quickly collapsed in April.

And the political will to armor-plate the European sports model isnâ€™t restricted to the European Parliament. According to a draft Council of the EU resolution seen by POLITICO, EU ministers are set to highlight the â€œconsequences closed sport competitions could have on organised sport in Europe.â€

The resolution was endorsed by deputy EU ambassadors last week and is set for final approval on November 30.Â

Though the Councilâ€™s resolution and Parliamentâ€™s report are not legally binding, they are part of a clear direction of travel as EU policy crystallizes against the Super League, whose backers are not giving up and are battling European footballâ€™s governing body, UEFA, at the Court of Justice of the EU, in a case that will shape football governance in Europe for decades to come.Â

Tomasz Frankowski, a center-right Polish MEP and former professional footballer who led work on the Parliamentâ€™s report, said its adoption was a key moment for the future of sport in Europe.Â

â€œCooperation at all levels is essential to enhance and promote in Europe a model of sport open to all, based on values, solidarity, fairness and open competition,â€ he said. â€œWe must protect it from closed competitions of elite clubs.â€

In the plenary debate in Strasbourg Monday night, European Commission Vice President Margaritis Schinas called for â€œa model which is open, which rewards sporting merit, which prioritizes solidarity and sustainability â€” not profit and power.â€Â

UEFA, the European Leagues and football fan groups all welcomed the Parliamentâ€™s vote Tuesday afternoon, which passed with 597 lawmakers in favor and 36 against.Â

In a letter to MEPs ahead of the vote, fan organization Football Supporters Europe told lawmakers that â€œthis crisis calls for a political response. Our clubs, our communities and the whole social-cultural ecosystem that makes European football so unique are too often threatened by crude economic interests. They need protection.â€

For their part, Super League officials insist the proposed competition is not actually a breakaway or closed league â€” and after the vote again accused Switzerland-based UEFA of being a â€œmonopolistic private regulatorâ€ which also acts as a â€œsole, dominant operator and gatekeeper.â€Â

The Council resolution will be a win for the Slovenian presidency, as it is the first resolution adopted at EU level on the European sports model in more than two decades.Â

In the resolution, ministers also want to â€œPromote values in sport and sport organisations â€¦ governed in compliance with the principles of democracy, transparency, integrity, solidarity, gender equality, openness, accountability, accessibility, social responsibility and respect for fundamental and human rights.â€

It also calls for sports issues to be included in debates at the Conference on the Future of Europe.Â

A spokesperson for the Slovenian Council presidency said that cooperation with the incoming French presidency had been â€œvery goodâ€ on sports policy.

This is just the start for the EU, added Frankowski. â€œIt is important to continue this debate on the future of sport in Europe, involving all sport stakeholders, and in which the EU institutions have a role to play.â€